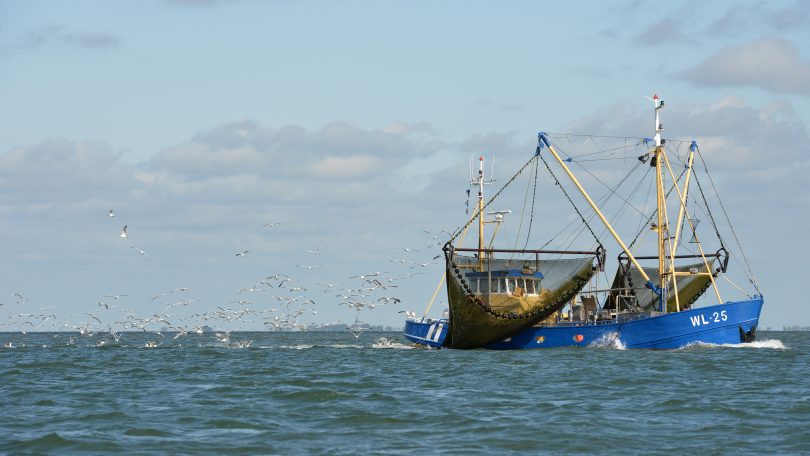 Earlier this week, Phil Hogan, the new EU Trade Commissioner, suggested that the UK could trade access to its fishing waters for EU financial service equivalence – so that UK based financial service firms could sell their products to EU based customers and EU based fishing vessels could fish in UK waters.

This would be a very bad deal for the UK. For a start the two are not equal in ownership. The UK, as a nation, owns its maritime economic exclusion zone, (EEZ) under the UN Convention of the Law of the Sea which grants a country the control of all natural resources on its continental shelf or 200 nautical miles from its coast – whichever is the larger. At the moment this resource is shared, for want of a more accurate word, with the rest of the EU fishing fleet. After the UK leaves the EU it will be in the UK government’s gift to sell access to this valuable resource with the proceeds benefiting the country as a whole in perpetuity.

Meanwhile on the other side of Mr Hogan’s proposal are UK based financial service companies and their EU based clients. They are private businesses, any profits they would make from EU equivalence would not benefit the UK nationally – often even their financial headquarters are outside the UK. And although international financial services are presently based in London due to its hub effect and beneficial tax and regulatory environment, this could change in the future especially if the UK government were to agree to a level playing field commitment on financial service regulations.

It would be absurd for the EU to withhold equivalence from UK based financial service firms and imagine that it is punishing the UK. Such an action would only prevent EU citizens and EU based businesses from benefiting from the UK’s open financial services markets – a market that raises and invests finance for the world. It is doubly absurd when you consider that the EU does not have the capability to supply its own financial requirements and it hasn’t granted complete equivalence to any of the few countries that could replace all of the services that UK firms provide.

We should also not forget that Ireland, the country that Mr Hogan represents in the EU, will have the most to lose from both a loss of access to UK fishing waters as well as a loss of access for UK financial services. Ireland is already complaining that since the Brexit referendum, the number of EU boats in their waters has doubled.

According to Fishing for Leave, the EU fleet presently takes 60% of British stock and that this represents a third of the EU’s total NE Atlantic catch. A mere glance at the map of EEZs, with Irish waters mainly to the west of Ireland, clearly shows how vulnerable the Irish waters will be if Dutch, Danish and German vessels are excluded from UK waters. Equally Ireland offering the UK financial services equivalence is the tail wagging the dog. Dublin has a thriving investment fund management business where much of the capital raised as well as the investment decisions will be coming from London. Without financial service equivalence, Ireland may lose this business to Jersey, Guernsey or the Cayman Islands. So swapping EU financial service equivalence for access to UK Fishing grounds is really Ireland talking its own book.

Mr Hogan also misunderstands the unique selling point of the UK financial service industry – by actively encouraging the world’s financial firms to establish in the UK, their customers, whether from the UK, the EU or the rest of the world, benefit from better prices, greater liquidity, more innovation, greater competency and gold plated regulations. As the outgoing Governor of the Bank of England, Mark Carney, rightly said last week: if the EU restricts access for UK financial services, they would only be hurting themselves.

But this isn’t the case if the UK restricts access to its fishing waters to EU fishermen and their super trawlers. Admittedly, it is likely that many EU based fishing firms would merely set up a branch office in the UK and apply for a UK fishing licence. But that isn’t the point. As long as the UK government is able to control how many and what size boats have licences to access UK waters, it will be better able to preserve this valuable, but not unlimited, natural resource for future generations.

City dwellers may cry in dismay that since the UK joined the EEC in 1973, the UK fishing industry has dwindled to a mere 11,000 fisherman (many now not UK nationals) and that protecting the roughly one million jobs in financial services is far more important. But we should not accept the premise that City jobs are reliant on access to the EU – the Bank of England and the PRA have already given EU firms access to the UK markets, if EU firms want to buy UK financial services, they can do so through their UK offices, just as firms from the rest of the developed world do. Equally, there is no reason to believe that it would be impossible to grow the UK fishing industry and revive the many ancillary jobs that come with it – processing, transporting, marketing, boat building and maintenance. And while these jobs may not command the massive salaries of financial services – they will be jobs in rural coastal areas that possibly have limited alternative employment. Besides fishing should not just be considered as a quaint cottage industry – the UK already has a large export market for smoked fish, has recently signed trade deals to provide crabs to China, and frozen fish can be exported anywhere.

This brings me to the point. Many of the countries previously known as developing, are now developed and have a burgeoning middle class. The ASEAN+3 Macroeconomic Research Group predicts that two thirds of the world’s middle class will be living between the Indian subcontinent and the Pacific by 2030. And even today, 40% of the world’s middle class are in this Asia Pacific region. As people become wealthier, they eat more protein, buy more consumer goods and have money to invest in pensions, insurance and other financial services. Even if we don’t sell them our fish, we may end up selling them our lamb or beef and eating the fish ourselves. Either way, I would not be trading away access to the UK’s fish stocks to the EU so that the EU can also benefit from buying the UK’s cheaper, more varied and just generally better financial services. That would be a trade where the EU benefits from both sides of the deal while the UK loses control of its natural resource and gains no additional benefit from an industry it already controls.

We don’t allow the EU to sell oil and gas licences in our territorial waters so why would we treat fishing access any differently? Especially considering that, if the world moves to zero carbon, who knows – maybe the UK’s North Sea fishing grounds will end up being more valuable than its North Sea oil and gas reserves.

Most countries have some kind of natural resources – precious metals, oil and gas, agricultural lands, beaches, ski fields etc. and governments may sell licences to companies to develop these resources. But I cannot think of an example when a country willingly gave away the rights to its natural resources to another country. Especially in exchange for something as ephemeral as EU market access for products that are mainly traded electronically and that, if restricted, EU customers will simply find other ways to buy – because they don’t have an equivalent domestic industry.