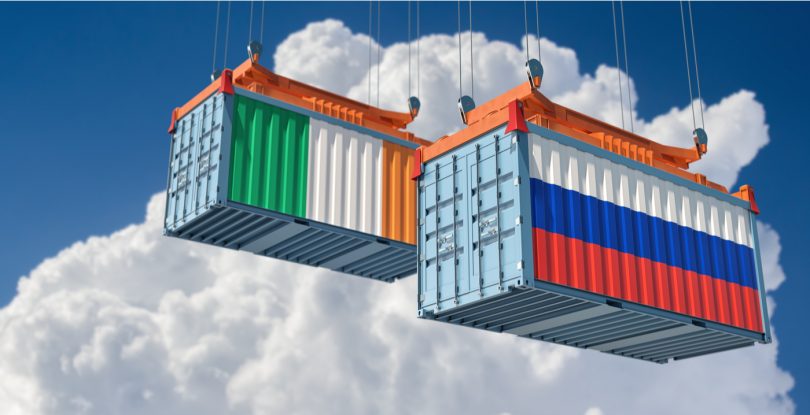 Professor David Blake accuses the EU of provocative arrogance both in its dealings with Russia over Ukraine and with the UK over the Northern Ireland Protocol, creating instability on both its eastern and western borders

What have Vladimir Putin and the Northern Irish Protocol got in common?  The answer, of course, is the European Union.  Marketing itself as the greatest peace project in history, the EU has created political instability on both its eastern and western borders.

Take Ukraine. When the Berlin Wall fell in 1989, the EU said that its only aim was to absorb East Germany into the EU. But when the Soviet Union collapsed in 1991, the EU saw an opportunity to expand eastwards and, in 2004, absorbed the Czech Republic, Estonia, Hungary, Latvia, Lithuania, Poland, Slovakia and Slovenia, with Romania and Bulgaria joining in 2007. This put the EU within ‘spitting distance of Russia and Ukraine’, in the words of Roderic Braithwaite, the UK’s ambassador to Russia from 1988 to 1992.

But was this enough for the EU?  No, in 2014, it backed a coup against Ukrainian President Viktor Yanukovych – who fled to Moscow ‒ and offered an ‘Association Agreement’ with the new President Petro Poroshenko which he described as Ukraine’s ‘first but most decisive step towards EU membership’.[1] Behaving like an arrogant aggressive bully, the EU completely disregarded Russian sensitivities and the fact that Russian ancestry dates back to the ninth century Kievan Rus’ centred on Kiev. Instead, the EU’s repeated dismissive response to any objections was that ‘none of this would have happened if you hadn’t been so careless in letting the Soviet Union disintegrate – it’s all your fault’.

For Putin, Ukraine is ‘shaped on the lands of historical Russia’, so for him this was an unforgivable encroachment. He accused the EU of starting a dangerous geopolitical game ‘aimed at turning Ukraine into a barrier between Europe and Russia, a springboard against Russia. …And we will never allow our historical territories and people close to us living there to be used against Russia. And to those who will take such an attempt, I would like to say this way they will destroy their own country’.[2]

Putin reacted to the EU’s attempt to absorb Ukraine by occupying Crimea and the Russian-speaking Donbas region in the same year, 2014, and, at the beginning of 2022, surrounded the whole of Ukraine with nearly 200,000 Russian soldiers. Robert Gates, former head of the CIA and US Defence Secretary, describes this as ‘deplorable, but understandable’.

How did the EU respond?  It has shown itself to be a disunited paper tiger. Germany’s only support to Ukraine was to send 5,000 helmets and Emmanuel Macron offered Putin the ‘Finlandisation’ of Ukraine on a plate. This is nothing better than appeasement, Munich-style. The Baltic states and Poland are no longer convinced that France and Germany would defend them if they are invaded.[3] Germany spends barely half the 2% NATO minimum on defence. It is far more concerned about maintaining a good relationship with Russia in order to get the gas it desperately needs through the Nord Stream 2 pipeline – which Olaf Scholz, the German Chancellor, regards as a purely ‘business matter’.

When Russia did invade Ukraine on 24 February 2022, the EU reacted immediately and decisively by banning Russia from the Eurovision Song Contest, but refused the UK’s request to ban Russia from using the Brussels-based SWIFT international payments system because it would mean Germany would not be able to pay for Russian gas imports and Italy would not be able to sell luxury goods to Russian oligarchs. Donald Tusk, the former EU President, said that Germany and Italy had ‘disgraced themselves’. The big bully turned out to be – like all big bullies ‒ a big coward that was only motivated by very narrow self-interest. So much for Ukraine’s ‘decisive step towards EU membership’.

The EU’s dependency on Russia for its raw materials is extraordinary ‒ 40% and 25%, respectively, of its gas and oil come from Russia, along with 40% of its palladium, 33% vanadium, 20% phosphate, 17% aluminium and nickel, 11% potash, 10% germanium, and 9% molybdenum and coking coal.[4] Russia and Ukraine together account for 25% of the world’s trade in wheat, 20% in corn and 80% in sunflower oil. No wonder the appeasement.

Turning to the Northern Ireland Protocol, we see exactly the same arrogant aggressive bullying behaviour from the EU. In a recent interview with Liam Halligan in the Daily Telegraph, Lord David Frost, the UK’s former chief Brexit negotiator, said ‘While I was in those negotiations, I often felt we weren’t being taken seriously, that the EU didn’t look on us as an equal negotiating partner, but as a kind of province or territory in which they expected to exercise exceptional influence, one way or another. That’s not how we saw it – and I wasn’t happy about it’.[5]

All parts of the protocol have equal status and the EU insists that it is implemented ‘in full’. Yet the EU cherry picks those parts that suit it, such as implementing strict controls on goods moving between Great Britain and Northern Ireland in order to ‘protect the integrity of the EU single market’. It disregards other parts of the protocol which are designed to protect the integrity of the UK single market, to prevent diversion of trade, or to investigate alternative arrangements for dealing with cross-border trade, such as mutual recognition of standards and mutual enforcement. Any attempt by UK negotiators to raise these concerns are immediately and publicly criticised as attempts by the UK to break international law.

Further, despite peace in Northern Ireland being the EU’s declared main aim, the EU has ignored the Good Friday Agreement and run roughshod over the concerns of the majority of the population and continues with its plans to absorb Northern Ireland into the EU. The EU’s repeated dismissive response to any objections is that ‘none of this would have happened without Brexit – it’s all your fault’.

Given that Liz Truss is both Foreign Secretary and chief Brexit negotiator, she is in a unique situation to follow in the footsteps of Putin and say to the EU enough is enough.

She should warn the EU that it is playing a very dangerous geopolitical game ‘aimed at turning Northern Ireland into a barrier between Europe and the United Kingdom, a springboard against United Kingdom. …And we will never allow our historical territories and people close to us living there to be used against the United Kingdom. And to those who will take such an attempt, I would like to say this way they will destroy their own country’.

She should also warn the EU about the importance of boundaries when setting up a state. Ukraine’s determination to hold on to provinces with Russian-speaking majorities is costing it dear – as Putin’s declaration of independence for Donetsk and Luhansk and now the full-scale military invasion of Ukraine shows.  The same will happen to the EU in its Irish province, as the painful history of the Emerald Isle makes only too clear.

The EU paper tiger is now getting its comeuppance over Ukraine. The same must happen with the Northern Ireland Protocol. It must be scrapped. There is no better time to do this than now.

[1] David Blake (2018) Ten reasons that justify the UK’s decision to leave the European Union, Briefings for Britain, 16 October; https://www.briefingsforbritain.co.uk/ten-reasons-that-justify-the-uks-decision-to-leave-the-european-union/. The EU’s position on Ukraine was one of the ten reasons that I wanted to leave the EU.

[2] Quoted in Paul Gibb (2022) Getting inside the mind of Vladimir Putin, The Australian, 13 February.

[3] They are right to be concerned: in an interview on the Farage programme on GB News on 24 February 2022, Congressman Any Biggs from Arizona said he did not think the US would go to war over Estonia.

[5] Liam Halligan (2022) Lord Frost: ‘Boris Johnson’s instincts are strong, but he hasn’t been well-served by those near him’, Daily Telegraph, 14 January; https://www.telegraph.co.uk/politics/2022/01/14/lord-frost-boris-johnsons-instincts-strong-hasnt-well-served/