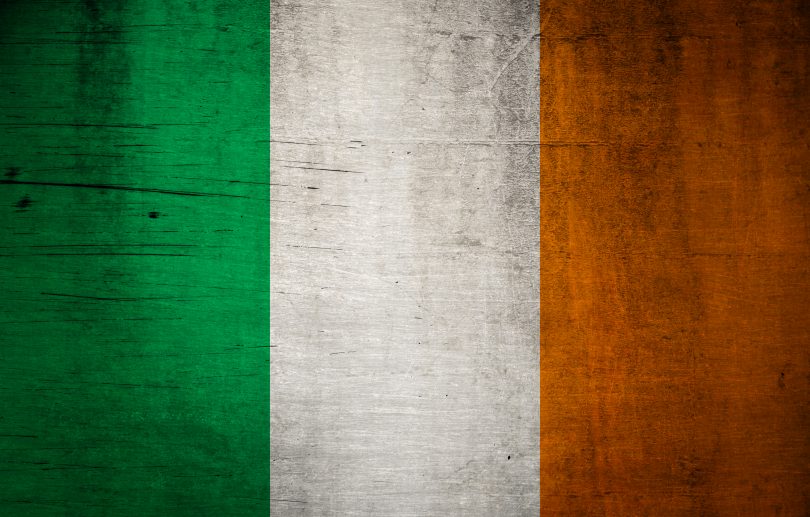 The EU’s insistence that Northern Ireland remain within the Customs Union violates the rights of citizens in that Province as guaranteed by the European Convention on Human Rights, namely the right to vote.

A report by Briefings for Brexit

The EU’s insistence that Northern Ireland remain within the Customs Union violates the rights of citizens in that Province as guaranteed by the European Convention on Human Rights, namely the right to vote. Arguments to date have considered the effect of EU demands from the perspective of international relations, that is, does the United Kingdom have a say. What has been lacking is the more fundamental perspective of voters’ human right to participate in legislative decisions governing them. This right was recognised in respect of EU legislation in the European Court of Human Rights’ decision of Matthews v United Kingdom (1999) 28 EHRR 361, which held that Gibraltar could not be inside a large part of the European Union while being without a right to vote in the European Parliament.

The Matthews Case concerned not the rights of states or territories, but those of their citizens. Article 3 of Protocol 1 to the European Convention guarantees the right to vote in legislative elections. Gibraltar is part of the European Union, although not subject (among other matters) to free movement of goods, the common commercial policy and VAT. Gibraltar is subject to EU law on such matters as free movement of persons, services and capital, health, the environment and consumer protection. However, Gibraltarians could not vote in European elections. Denise Matthews argued in 1999 that this denied her human rights, in that she was entitled to vote for a legislature that set a significant part of her laws.

The European Court of Human Rights ruled in Mrs Matthew’s favour: if the EU has significant legislative power, those subject to its legislation must have a vote. Given the casual approach shown by many to the democratic implications of “rule-taker not rule-maker” solutions to Brexit, the Matthews Case is important in taking such issues away from international relations, and translating them into the more powerful terms of human rights, the values of which the EU claims to champion.

In the EU’s proposed Northern Irish arrangements, Northern Ireland would be in the Customs Union, much of the Single Market for Costs, and other matters considered by the EU to be necessary for North-South cooperation. This would give the EU considerable legislative presence, but Northern Ireland would be unrepresented in the European Parliament, nor would it be represented in the Council of Ministers by a government it elects. Gibraltar of course does not vote for the UK government, but this is a necessary consequence of the considerable political independence it enjoys as a non-metropolitan territory. Denise Matthews made no objection to lacking a vote relevant to the Council of Ministers – and Gibraltar itself would object to the obvious solution. By contrast, Northern Ireland does vote for the government of its sovereign state, but that state would be excluded from any influence.

The EU, of course, has already established itself as a rule-giver to third countries in respect of the European Economic Area [EEA]. Despite the EEA treaty including various processes to preserve the forms of ordinary international relations, the EU is able, de facto, to legislate for the citizens of Norway, Iceland and Lichtenstein without them having a vote. The existence of the EEA appears to have led to the assumption that it is unexceptional and unobjectionable for the EU to gain a rule-making power over non-members – but it is important to understand why this wholly exceptional position has been acceptable in the case of the EEA.

The key point about the EEA is that its non-EU member states wanted Single Market membership, but not the rest of the EU package such as trade policy and fisheries. Compliance with Single Market rules is the very nature of Single Market membership. Adherence to a common rule book is what makes goods and services automatically acceptable throughout. However profoundly undemocratic the rule-taking arrangements of the EEA might be – “fax democracy” it is often called – the EU did not make any demands contrary to democratic principle that did not flow directly from Norway and the others’ own positions. This is very important from a European Convention point of view. The right to vote cannot be restricted beyond what is required to achieve a legitimate aim – and the EU cannot (and, with the EEA, conspicuously did not) exact the price of an unnecessary sacrifice of democracy. The EU could not (and did not) demand legislative control of Norway’s fishing waters as an extra price – to have added a wish-list of policy areas unrelated to the Single Market would have been unnecessary to the shared legitimate aim, and thus disproportionate. In short, Norway’s legitimate aim of “single market membership only”, once accepted by the EU, necessarily involved the diminution of Convention-protected voting rights. To employ an overused metaphor, compliance with the rules were the indissoluble ingredients of the Single Market cake.

But with Northern Ireland, it is quite different. Northern Ireland will not have representation in the European Parliament. Whilst Gibraltar did not vote for its representatives in the Council of Ministers (the UK government), there was an objective justification for this in that Gibraltar itself did not want the loss of its non-metropolitan position. In the case of Northern Ireland, the Province would not be represented by any national government that it helped elect – but this time it would be because the EU insisted on such a solution. In short, the people of Northern Ireland would have no right to vote in respect of the EU legislature – Parliament and Council – that would be making much of its law. This would flow from the design choices of the EU, and not, as with the EEA, be inherent in the choices made by the rule-taking country. Just as importantly, unlike with the rule-taking members of the EEA, the position for Northern Irish citizens would not result from an ongoing acceptance of such a bargain by those citizens themselves, but rather their rights would have been traded between the EU and the United Kingdom, and Northern Ireland would not be free to reconsider.

For such restrictions of human rights to be justified, several conditions are necessary:

Firstly, the state of affairs must be freely agreed by the democratic unit concerned, as was the case with the EEA. In short, it must be Northern Ireland’s choice to agree to a restriction of its own democracy. It is not for the EU and United Kingdom to trade the rights of the people of Northern Ireland – guaranteed by the Convention — for mutual convenience.

Secondly, as with the EEA, the rule-taking territory must be entitled to remove itself from the position. The EU can have no right to impose its rules: it can have no legitimate authority strong enough to bind another into such a subordinate position.

Thirdly, the EU must have no more jurisdiction than is necessary to meet the shared aims, which means that both in the creation of the arrangements and in their application, the EU must consider alternatives so as to identify what is genuinely justified. It must consider in good faith whether there are solutions which would be less restrictive of Northern Ireland’s Convention-guaranteed voting rights. In other words, the EU must negotiate.

Fourthly, the EU must enfranchise Northern Ireland as far as is possible.

Fifthly, the EU must — as all states must when a Convention right is in issue — ask if its demands are disproportionate in the ordinary sense of the word: are they asking for a great sacrifice for a limited gain? Are they asking for a great deficit in democratic voting rights by reason (for example) of an unquantified smuggling risk posed by alternative solutions?
In short, the EU must consider alternatives and not just dismiss them out of hand as “magical thinking”.
At present there is no sign of democratic consultation with the people of Northern Ireland on the diminution of their Convention right to vote. There is no sign of enfranchisement in respect of the rules. There is no sign of the EU being willing to negotiate alternative solutions – other than ones which would make the reduction of citizens voting rights a general UK problem and not just an NI problem. The EU certainly has not addressed whether they are asking for a great sacrifice for limited gain – their attitude appears to be that, as Brexit was not created by them, they need not even address this issue. If the UK cannot design a solution that deals with all their issues entirely, then the EU seems to believe that it need not worry about the onerousness of its own demands.

The EU proposals on Northern Ireland would diminish the voting rights of its citizens. There has been no attempt to consider whether this prima facie violation of Article 3 of Protocol 1 of the Convention on Human Rights is proportionate. Moreover, if the UK government introduced legislation to give effect to the EU proposals, British courts would have the power to declare it “incompatible” with the European Convention on Human Rights.