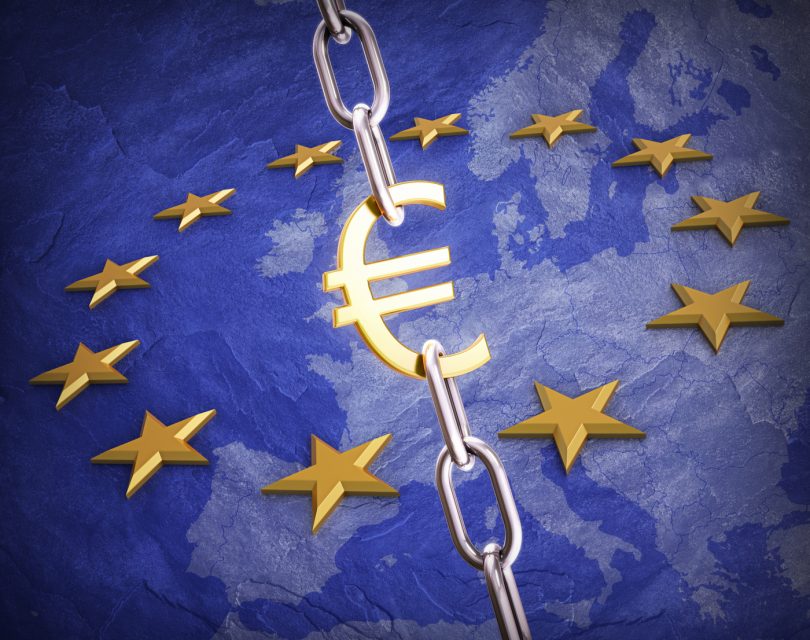 Hard-headed financial experts are beginning to think that the EU is beyond saving. It’s been said before, of course. But this time it might be true.

My bank, Coutts, and Ambrose Evans-Pritchard (and, of course, others too) are on the same page:  Italy’s economic/health predicament heralds the break-up of the EU. In an article entitled “Italy – a focus of discontent against the EU”, written by Alan Higgins, Coutts’ UK Chief Investment Officer, sent to Coutts’ clients on 5 May, he argues that the impact of Covid-19 has hit Italy hardest within the EU and that the continuing lockdown “could be disastrous for its relatively fragile economy. Italy’s debt to GDP ratio was already high at 136% when it went into the [Covid-19] crisis. The need to raise borrowing to support the economy through lockdown could lead to unsustainable debt levels, and the risk of sovereign default.”

It is significant that the bank is putting itself on the record about the future of the EU. Banks’ business depends upon the accuracy of their analysis, and to go so far as to acknowledge the real possibility of the collapse of the EU is putting their cards all-in. Quoting a Dire news agency poll conducted in mid-March that “67% of Italians regard EU membership as a disadvantage,” Higgins roundly declares, “All this adds up to a very real possibility that Italy will leave the EU, and with Italy gone the union will inevitably crumble… [If this happens], new currencies [would] replace the euro… The UK and Switzerland would emerge as safe havens… the UK will begin to look like an increasingly attractive and low-cost place to operate… The export-dependent German economy would suffer as the new deutschmark appreciated by 30% to 40% against other European currencies… we would expect Italy to regain competitiveness.”

And the conclusion? Well, something of a brake on the sturm und drang of the rest of the article. “[T]he northern block in Europe – Germany and the Netherlands – will relent and eventually provide financial support for the EU, without the harsh conditions that come with the ESM. This is likely to defuse the political stress in Italy – and rumblings of discontent elsewhere – and put the EU back on track… If not, however, we could see a moment of truth for the EU and the euro.” Higgins points out that, “Either these [the EU] countries are in this together or it could all come to a swift end.”

Well, it is by no means sure that the EU will be put back on track. There are non-economic  factors that push towards major changes in the EU, if not break-up. Europe, it emerges, is with borders, not without. Italy doubled down and imposed internal ones. Lega in Italy has proposed a parallel currency to manage internal debt without regard for the EU. There’s a 30 mile queue of Lithuanians trying to enter Poland. Until a few days ago, Germany was not exporting protective equipment to the rest of the EU and it is not clear if they will now do so. Poland is being attacked for limiting the independence of the judiciary. Hungary is being attacked for breaking EU law. Nationalism, despite EU claims, is alive and kicking and is Europe’s default position.

The EU does not have a constitution; it is a set of treaties. Treaties are governed by the strongest signatories. They are compromises that, when stressed, rarely satisfy. The EU is not formed as a democracy. This is a weakness at the heart of the EU dream.

Italy’s (and Greece’s) situation reveals that there is no common European solidarity, and has thrown doubt on a common economic interest too. Poland and Hungary show that there is no common political interest either. The UK has testified to all of the above. National identity and sovereignty are the pillars of every state. In Europe and the West generally, national self-determination depends upon democracy. To undercut and overwhelm the nation is to attack democracy. There is political and economic idealism, enshrined in the EU vision, which has sought to overcome the many differences within Europe, but it has visibly not succeeded. The assertion that the EU represents an economy of 500 million people is simply false. EU states all have their own economies, linked but manifestly separate. And the euro will probably be shown as a step too far unless the northern bloc comes to the rescue at very great cost to itself. But the ability of any bloc or funding source to pay the seriously indebted EU members in order to keep the EU together has been dramatically weakened by the covid19 episode and makes the prospect practically insurmountable.

The EEC was a marvellous formation. It generated prosperity, not identity. Europe needed no more than that.

John Ranelagh has a Ph. D. in history and has written histories of Ireland, the CIA, and Margaret Thatcher’s intellectual circle.  He was formerly a member of the Conservative Research Department, and subsequently made a career in British and Norwegian television.