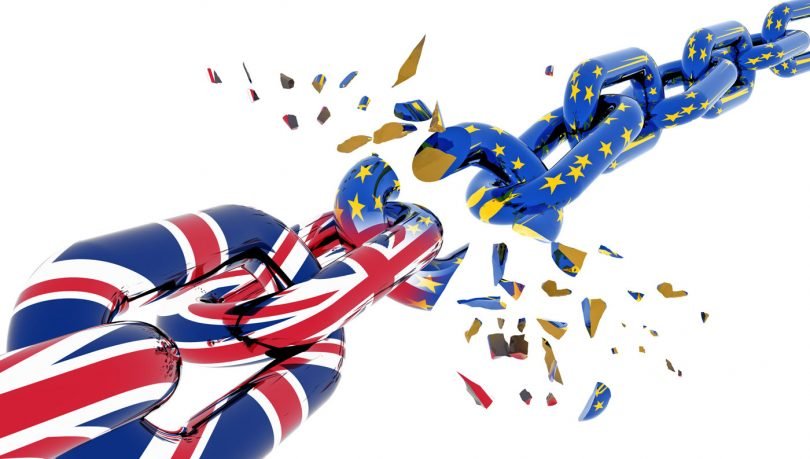 The nation-state is the only organizational form that has democratic accountability and legitimacy. Ignoring this has trapped the EU in instability and conflict – just what the ‘founding fathers’ were trying to prevent. The EU must retrace its steps.

For good reason, European leaders and intellectuals worry that, absent the utmost vigilance, virulent nationalism could again be unleashed with the full force of its destructive potential. Europe, they believe, is essential to prevent such a terrible outcome. But is a stable, creative, and unifying Europe possible?

In May 1950, French foreign minister Robert Schuman set the direction. France and Germany, he announced, would pool their coal and steel industries, and other countries were welcome to join the initiative. This, however, was but a first step, Schuman emphasized. The goal was to replace the nation-state with a “European federation” because a federation, he declared, was “indispensable for peace.”

But European leaders immediately shrank from the word federation. They decided that the pooled industries and accompanying supervision would be a “community.” This scaled-down ambition was successful. Historian Tony Judt later wrote in his classic Postwar, the Coal and Steel Community promoted “a new and stable system of international relations.”

The intense aversion to federation manifested more sharply in August 1954. The French National Assembly rejected the European Defence Community (EDC), which would have pulled troops of member countries into a European army, backed by a European budget and governance system. With the EDC’s demise, the words federal and supranational became tainted. As the French public intellectual François Duchêne later wrote, “The idea of a Europe in some sense above nations” was discredited.

However, the stable and fruitful relationships among European nation-states survived, reaching their pinnacle with the Treaty of Rome signed in 1957. Countries opened their borders to trade of goods but maintained all other sovereign rights. Trade among the member states flourished under a minimal set of rules, which were reinforced by mutual trust. Such “reciprocal trust,” Princeton political scientist Robert Keohane has explained, is essential to the success of international organizations. That bare-bones European framework, the historian Alan Milward has argued, helped strengthen and “rescue” the nation-state.

Then, in 1991, Europe embarked on a vain quest to build a federation through the back door of a single currency. A single monetary policy is often too tight for weaker member states and so hurts them. The needed compensatory fiscal transfers required political agreement under a federated “United States of Europe.” European leaders pledged to march towards such a union.

But they could only agree to common fiscal rules that would apply to all members. By thus significantly limiting the policy options of member countries, the single currency moved Europe from a “community” to a “confederation of states,” which constrained critical national sovereign powers and relied, instead, on inter-governmental management supported by centralized institutions.

Europe was trapped in that “confederation.” Conflicts among member states on monetary and fiscal policy were built in. Resolving these conflicts requires a full-fledged federation—a “political union”—with powers of taxation and legitimate coercion. Such a union proved impossible, as Europe’s recent history had amply warned. Rewinding the single currency creates dangerous financial risks.

A confederation is inherently unstable, as the jostling for power among nations can quickly turn acrimonious. In 1786, American founding father and later president James Madison in his “Notes on Ancient and Modern Confederacies” documented in depressing detail how past confederations had dissolved into anarchy and oblivion.

The one exception—the United States—underscores how exceptional the circumstances must be to achieve a transition from a confederation to a federation. Several states and influential leaders, backed by plausible intellectual arguments, angrily resisted a politically and economically superior federated structure. A virtual coup—inspired by Madison, backed by George Washington’s gravitas, and favoured by numerous lucky breaks in the narrow window between 1787 and 1789—led to a U.S. constitution. The constitution established a federal government with unlimited authority to tax, maintain an army, and regulate inter-state commerce. Even with that federated structure, U.S. states fought a bloody civil war in the 1860s before a stable federation emerged.

Washington, who pushed for a federation at home, insisted on arm’s-length relations in international affairs. In his farewell address in 1796, he memorably said, “The great rule of conduct for us in regard to foreign nations is in extending commercial relations but have as little political connection as possible.” International commerce could function on mutual trust; but beyond that, national interest, he said, must guide national policy. He added, “There can be no greater error than to expect, or to calculate upon favors from Nation to Nation. ’Tis an illusion which experience must cure, which a just pride ought to discard.”

Bucking the lessons of history, the European Union has chosen to be a confederation, the unstable intermediate space between politically legitimate federations and independent sovereign states working within a loosely connected trading system based on mutual trust. That intermediate space is “anarchic,” based on a shifting “balance-of-power logic,” as Madison and Washington recognized and the international relations scholar John Mearsheimer has recently reminded us. Discord is especially likely when the economic and political benefits of closer cooperation are, as in the case of the European Union, unclear and unevenly divided among member states and citizens.

Recognizing the risk of anarchy, the political philosopher Jürgen Habermas visualizes continuation of the European Union as a confederation of states but in an idealistic “post-national” international arrangement. What is required, he says, is “joint” fiscal, budgetary, economic, and social policy “steered” jointly by the European Council (the body in which European heads of government deliberate) and the European Parliament. The nation-state would remain the administrative authority; it would have a monopoly of legitimate force over its citizens, and would ensure civil liberties. Such a combination of nation-state and “political union” to support the monetary union would receive legitimacy from a constitutional convention in which all Europeans would have a voice.

The economist Thomas Piketty has used his celebrity to gather signatures for another such vision. In a manifesto, the signatories rightly say that the current “opaque and unaccountable” European governance, narrowly focused on “financial and budgetary” objectives, must go. Instead, a “European Assembly,” which draws on select members from the European Parliament and national parliaments, must have the authority to tax high incomes, wealth, carbon emissions, and corporate profits to urgently tackle inequality, global warming, influx of refugees, and chronic under-investment.

National political interests will ensure that the Habermas-Piketty idealism never moves off the drawing board. In any case, such plans would be hopelessly complicated to operate. The crossed lines of authority that make the current system “opaque and unaccountable” would become more byzantine, with voting citizens unable to trace policy actions by the many national and supranational bodies to the outcomes in their daily lives.

ECB president Mario Draghi in his garb as political philosopher makes the case for today’s “opaque and unaccountable” system. Nation-states are not truly sovereign, he says. They are highly interdependent and, therefore, “cannot control outcomes and respond to the fundamental needs of [their own] people.” They must, therefore, submit to the directives of common technocratic institutions. In Habermas’ words, Draghi is seduced by the “lure of technocracy.” Or, as the French political philosopher Pierre Manent might say, Draghi views “people” as merely “economic and moral agents,” not as “citizens” who desire and deserve a voice in political decisions.

Draghi cites the example of coordination of international trade relations, which even George Washington acknowledged is valuable. Then, Draghi claims great success of Europe’s monetary policy as administered by the European Central Bank. Yes, this is the same ECB that made the eurozone’s financial crisis worse, which then did douse the fire with the promise to “do whatever it takes,” but whose one-size-fits-none policy amplifies economic divergence across member states. It is the same ECB that itself has been stymied by national conflicts of interest and so has allowed deflationary psychology to set in and has run out of ammunition just when a wounded Europe is imminently entering another, possibly fearsome, recession.

Beyond monetary policy, tensions between member nations have long simmered on a range of matters, including foreign policy and corporate taxes. More disruptive conflicts have repeatedly flared up on appropriate macroeconomic policies and immigration.

Attempts to tame episodes of potential anarchy by reinforcing hierarchical lines of authority frustrate national aspirations. Nations collide especially powerfully, Mearsheimer warns, when orders handed down through the centralized hierarchy are influenced by another powerful nation-state. History’s lesson, he says, is that the ultimate “failure” of international intrusion inevitably comes “with huge costs,” including a rise in “grievance” and xenophobic nationalism.

The nation-state is the only organizational form that has democratic accountability and legitimacy. European leaders must, therefore, retrace their steps. They must diminish the reach of European institutions and strengthen a trustworthy nationalism inspired by each country’s history and traditions but without antagonism toward neighbours. As I argue in my book, EuroTragedy: A Drama in Nine Acts, many tasks now performed at the European level, especially setting fiscal and macroeconomic policy objectives, should revert to the nation-state.

An optimistic national revival requires reinvigoration of social democratic principles. Unfortunately, in the 1980s and 1990s, social democrats ran out of ideas, abandoned their traditional working-class constituents, and placed faith in Europe as the solution.

A new social democratic agenda—driven by national, provincial, and local governments—must refocus on delivering social justice at home. Such an agenda must have widespread and higher-quality education at its core. Only better-educated individuals have a real prospect of climbing the economic and social ladder. Upward social mobility is central to greater optimism and tolerance. Failure to shift focus to such domestic priorities away from elusive European goals will ensure more anarchy.

This article was first published on InsideOver.com , and we are grateful for their permission to post it.