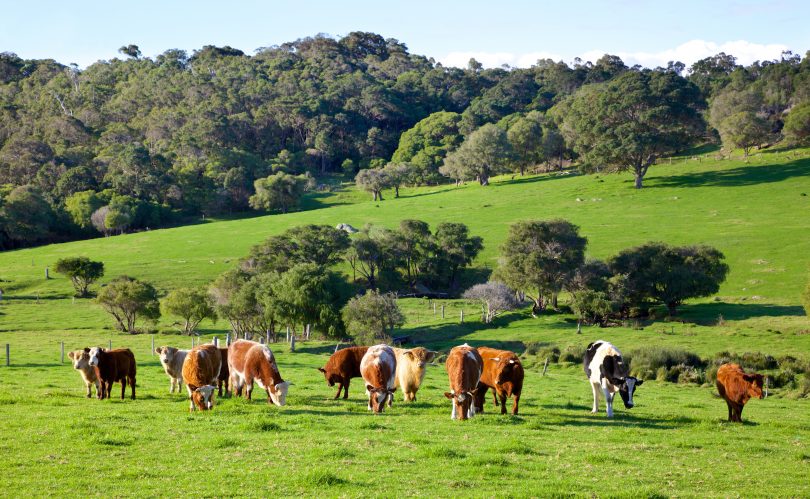 Catherine McBride exposes the protectionist motives within the Agriculture Bill currently going through parliament. Her longer article on beef production is on our reports page.

We should never take agricultural patriotism too seriously. I grew up in a country with exceptional fresh food – high quality, plentiful and affordable – thanks in part to our major trading partner joining the EEC. It was also universally believed in Australia in the 1970s that the French were great cooks because their meat was tasteless – unlike Australian steaks that only needed a few minutes on the barbeque and voila – delicious.

However, both the French and the Australians would have united in their absolute conviction that the British produced the worse food in the world – not only inferior and expensive, but unlike the French, the British lacked the culinary skills to disguise their mediocre products.

So I cannot read the speeches from the parliamentary debates on the Agricultural Bill without a tiny wry smile: UK MPs were lining up to heap congratulations on British farmers for their superior products – or at least superior to non-EU products – as most of the MPs also seemed to be unaware that the UK relies very heavily on imported food – presently mostly imported from the EU at high cost.

Many MPs also went on to talk about the tragedy of food poverty in a country as wealthy as the UK but no politician connected the two issues in their speech. No MP wanted to spell out the fact that keeping prices high for farmers by restricting less expensive, imported products as well as innovative production techniques, was also keeping prices high for consumers and so creating the food poverty that the MPs found so tragic.

However, it is not a tragedy that a section of the UK population can afford the roast potatoes but not the roast beef to go with them: because a tragedy implies that its cause is outside your control while the high cost of roast beef in the UK and the EU is entirely self-inflicted. The UK, as part of the EU, adds enormous tariffs on imported beef – up to 91%, as well has only allowing a very small quota of beef to enter the market and then if the imported beef is still able to compete on price – the EU adds regulatory restrictions as well – such as not allowing beef from cattle with hormone implants.

A massive part of EU budgets has always been spent protecting farmers from outside competition but in doing so it has forced EU and UK consumers to pay more for food as well as shielding farmers from the need to innovate and improve the efficiency of their businesses – politicians seem to forget that farms are private businesses.

According to the OECD: EU producer support is twice as high as the US, Mexico and Canada, over four times higher than South Africa, Chile and Brazil but a massive twenty times more than Australia, New Zealand or Vietnam – although admittedly these three countries give almost no support to their farmers and consequently have very efficient farmers. In Australia, for example, the support amounts to the government giving farmers access to concessional loans in bad seasons but they are real loans and so must be paid back – with interest.

But protection has its downsides. It sounds well-meaning but it allows farmers to ignore key innovations that would improve their productivity. It also makes them dependant on government largess. If the government were to ever withdraw the protection – many UK farmers will go out of business simply because they have never had to run their farms as businesses.

Many economists complain that ultra-low interest rates have allowed zombie companies to remain in business using up capital that could be better used elsewhere but for almost 50 years the UK has been happy to prop up zombie farms and in the process kept prices high for UK consumers.
There are many vested interests that want this support to continue, and certainly want to avoid any import competition. So they have started a smear campaign against more efficient production systems used outside the EU. This is not unusual and almost every new invention has had to deal with vested interests of the old technology spreading disinformation. Electricity, cars and mobile phone – part of everyday life today, were all the subject of rumours of health hazards when they first appeared. So we shouldn’t be surprised to see a similar campaign regarding hormone treated beef coming from the National Farmers Union.

However the use of hormone implants in beef production, that so many UK MPs seem to fear, is hardly an innovation. It has been used in the US from over 50 years and in other countries – such as Australia for at least 30 years, so any bugs in the technology have been ironed out, making it ready for adoption in the UK. But even in countries that allow hormone implants they are not universally used. A third of US farmers and 60% of Australian farmers don’t use them because if you have a large farm with plenty of grass – there is no need.

Strangely, many of the speeches given by MPs in praise of British farmers seem to believe that there is a fixed demand for beef in the UK and if filled by an unlimited imported supply, prices would drop and force British farmers out of business. However, almost the exact opposite is true. The demand for beef is very price sensitive: any decrease in price due to increased imported supply, would increase consumption. However the supply of beef, even imported, is not infinite as production is tied to a predominately fixed amount of grazing land.

However new agricultural technologies have massively increased farm productivity. One of the most dramatic increases in farm productivity has come from the use of feedlots to produce meat. Feedlots are now completely common place in the UK and the EU for the production of chicken and pork. They became popular because the quantity of meat produced is no longer dependant on farmland – the animals are kept in a shed, often close to the market.

Hormone treated beef together with the use of feedlots, usually outdoors, has helped countries with less agricultural land or harsher climates compete with larger countries with temperate climates. Feedlots allow more cattle to be raised on less land. While hormone implanted cattle produce more meat for less feed. Both lower production costs.

Outside of the EU, the UK could get a rude awakening about its lack of comparative advantage in food production – or it could improve its comparative advantage by embracing new technologies such as the use of hormone implants. Some of the key points that the UK MPs trying to ban imports of beef produced using this technology seem to have missed are:

• The hormones used are naturally occurring or synthetic versions of them
• Hormone residues in implanted beef are miniscule at only 7 nanograms of estrogenic activity per 500g steak
• The same hormones are present in humans but at much higher levels – 513,000ng in women, 136,000ng in men and 41,000ng in pre-pubescent children
• The same hormones are present in many common foods such as milk, eggs, peanuts and soybeans but at much higher levels – for example tofu contains 113 million ng per 500g.
• Cattle with hormone implants produce leaner beef and use less feed to produce the same quantity of beef as non-implanted cattle.
• The use of hormone implants is strictly monitored by the USFDA in the US and by the APVMA in Australia.

Now that the UK is out of the EU, it would be perverse to continue to follow EU farming standards that prevent innovation and limit UK food imports to expensive EU products. That would not help either UK farmers or UK consumers.

Rather than heaping praise on UK farmers for their high standards, UK MPs should be encouraging them to run their farms as independent businesses and adopt modern farming practices so that they can compete with international farmers rather than fearing them.

Catherine McBride is an economist with 19 years’ experience in the financial derivative markets. She established and ran the Brexit Coalition and previously worked for the Financial Services Negotiation Forum, the Legatum Institute and the Institute of Economic Affairs. She writes here in a personal capacity.