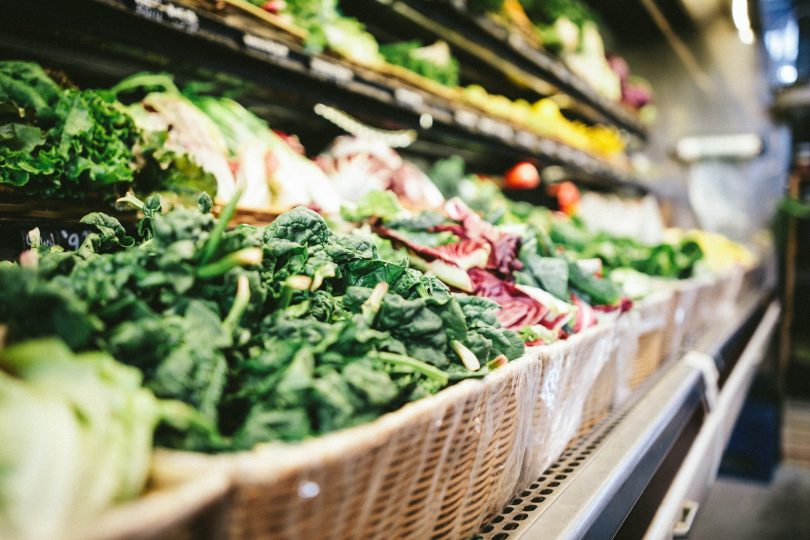 Catherine McBride argues that it would be neither possible or sensible for the UK to aim at self-sufficiency in food. Instead, if the UK wants to improve its food security, its best option would be to expand and diversify its supply chains.

The benefits of trade

Although I am sure that UK agriculture is not as efficient as it could be and some, maybe many, of those inefficiencies are self-inflicted. The real issues preventing self-sufficiency centres around the size of the UK population, the amount of agricultural land, the efficiency of our agricultural production and what our population choses to eat.

We have become used to having fresh food all year round. This is only possible through trade. In supermarkets now, in mid-April, before the main UK vegetable season, you will find: broccoli from Jordan; Asparagus from Mexico; Snow Peas from Egypt; and Rocket from Italy. There are some British vegetables – chicory from Lincolnshire for instance. But would the British public be willing to give up all of the rest?

Would we be willing to give up fruits that are not only out of season but could never be grown commercially in the UK climate? The UK only produces apples, pears and berries in commercial quantities. With the use of polytunnels, the UK is now producing strawberries for much of the year, but other than that – without trade last autumn’s floury apples would be our only spring fruit.

But self-sufficiency goes beyond reduced choices in fresh fruit and vegetable. The UK population would also have to give up wine, coffee, tea, chocolate, coconut, raisins, cane sugar, maple syrup, almonds, rice, palm oil, soy products and many more ingredients. The more I think about it, I wonder why anyone would want to be self-sufficient or even think that that was a preferable way of life.

Even some things that we think of as quintessentially British are imported. For example, the second largest selling cheddar in the UK is imported from Ireland, the largest selling butter/spread is imported from Denmark and not only does our afternoon tea comes from India or Sri Lanka but the strawberry jam served with the scones is most likely to be imported from France. By the way, other suppliers are available, but EU tariffs and quotas made buying from them very expensive.

Unfortunately, the UK has retained similar levels of tariffs even though it has left the EU, even on products that the UK doesn’t or couldn’t produce. This was meant to give the UK more bargaining power in negotiating free trade agreements but is instead being used to protect entrenched suppliers and keeps prices high for consumers.

Intensive farming, imported feed and carcass balance have improved our standard of living

Imported food has improved our standard of living and imported animal feed has allowed intensive agriculture to produce many more animals than UK farming land could support, which has consequently lowered our cost of living. The UK’s massive chicken broiler sheds, or indeed its laying chickens, as well as its intensive dairies have lowered the price of chicken meat, eggs and milk substantially for consumers, but could not survive without imported feed crops. This also goes for UK pigs, and even UK cattle and sheep that are fattened for market with processed animal feed, much of which will be made using imported grains, fodder crops, and oil seeds.

According to the AHDB, the UK already uses over 13 million tonnes of crops and cereals to produce feed for the animals it produces intensively and about three quarter of the crops and cereals are imported. It would be better for the environment if we just imported the meat we want to eat and it may also be cheaper.

This brings up another issue: there is no point in being self sufficient in food, if the country does not have the fuel to cook it. Cheaper cuts of meat usually take longer to cook. The nation’s poor, often single working mothers, have long been time poor but are now also fuel poor. The UK has the gas reserves it needs but has chosen not to develop them. This decision may have received applause at COP26 last year, but it is unlikely to go down well with the local electorate this winter.

But even the crops and cereals that the UK does produce, rely on imported farm machinery, as well as imported seed, imported fertilizer, imported inputs to make fertilizer – even UK produced Ammonium Nitrate has almost doubled in price since Mar 2021 – and of course imported diesel. Although the UK could be more self-sufficient in fuel, UK refineries have generally specialized in producing petrol while EU refineries have specialised in diesel. Obviously, this could change, but it would be less efficient for the oil companies and would possibly increase prices.

Price is also an important issue in this debate. UK consumers benefit massively from being able to import food produced in countries with a lower currency, with larger farms and/or with cheaper labour. Producing everything in the UK, even if it were possible climatically or geographically, would be much more expensive. While the UK could build more heated greenhouses to produce snow peas or asparagus all year round, this would be more expensive than importing them, and worse for the planet as well as for the economies of the countries presently producing these goods.

The UK has not been self-sufficient in food and drink production for hundreds of years. The first foreign outposts, trading companies and colonies were almost all established to provide the UK with imported agricultural goods – whether sugar, silk, spices, tobacco, cotton, tea, coffee, timber, wine from Boudreaux or port from Portugal. Some colonies simply produced UK domestic food but produced in the alternate season such as South Africa, Australia or New Zealand. Hopefully the later two will shortly be doing this again.

To go back to precolonial food self-sufficiency would also require either a massive decrease in the UK’s population or a massive increase in UK farm productivity. The latter is possible to some degree. The rest of the world has increased its farm productivity and lowered its pesticide use with higher yielding, disease resistant crop varieties, developed using genetic modification or genetic editing. The use of both gene modified, and gene edited crops on UK farms was obstructed by EU regulations. Changing these regulations is now urgent if we want yields to increase to compensate for banned pesticides such as neonicotinoids. The UK’s rapeseed and sugar beet yields have dropped due to the neonicotinoid ban. The UK was once an exporter of oilseed rape but in 2021 it imported over 900,000 tonnes, a 340% increase on 2018. Sugar beet has met a similar fate, with yields down 26% in 2020 with UK total sugar exports down from about 170,000 tonnes a year to only 62,500 tonnes in 2021. And this year’s crop was so badly affected by aphids, the Government had to re allow the use of neonicotinoids.

But the greatest own goal that the UK has inflicted on its agricultural industry has been EU land-based subsidies and UK inheritance tax benefits. The latter has encouraged non farmers to buy farmland, while the former has kept inefficient farmers in business without the need to maximize their production. Without subsidies the free market would have forced inefficient farmers out of business and allowed efficient farmers to expand their farms. Without inheritance tax advantages, only real farmers with an interest in maximising their production would ever buy farmland. But rather than removing these subsidies now that the UK is out of the EU, the government is converting them to ‘countryside stewardship’ payments. These payments could be even more detrimental to any dream of increased production by causing even more non-farmers to buy farmland as a tax efficient investment, that doesn’t require them to even own 20 sheep or employ any staff. Simply plant wildflowers and receive £511 per hectare as you pass go.

How to eat what you like and avoid supply chain disruption.

And that is where we come to the reality of food security. Few countries have the land mass or climate to provide all of the agricultural goods that they need, but with large and diversified supply chains and multiple trading partners, countries should be able to work around wars, droughts, seasons and pandemics.

If the UK wants to improve its food security, its best option would be to expand and diversify its supply chains. Trade is of huge benefit to consumers, it not only allows us to eat products that are not grown in the UK or are out of season, it also allows us to import the parts of the animal we prefer to eat and leave the rest for other customers.

Being too reliant on one supplier is dangerous – and that includes relying on the UK’s domestic production to be the UK’s one supplier. During the past three years, the world has  seen international agriculture disrupted by invasions, droughts, pests, floods, carbon dioxide shortages, fertilizer shortages and even viruses reducing farm and abattoir worker availability. Only a truly diverse – climatically, seasonally, and politically – group of tariff free and quota free suppliers could possibly secure our food supply from this range of potential future disruptions.