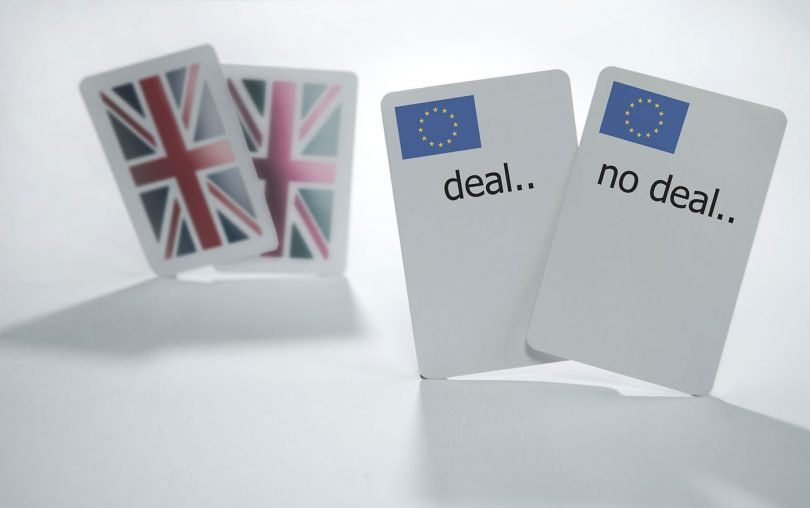 Former TV current affairs producer and media trainer Brian Morris drafts a letter the next incumbent of 10 Downing Street might send to the new president of the European Commission.

I have already congratulated you on your election as the new President of the European Commission. Now that I have had the honour and privilege to have been elected as leader of the Conservative Party and Prime Minister of the UK, I believe these changes offer us an opportunity to ‘reset the dial’ and seek a new agreement that is fair and beneficial to citizens in the UK and indeed across the EU.

I think we can agree on the nature and implications of the deadlock that now confronts us. The Withdrawal Agreement, as it is now constituted, cannot achieve a majority in the UK Parliament. While it is disappointing that the hard work of the Commission and the valiant efforts of Theresa May did not bear fruit, the agreement has been decisively rejected three times by the House of Commons.

We must recognise that negotiations on the Withdrawal Agreement have, in spite of the best endeavours of both sides, failed. An analysis of why and how this happened is best left for now to historians.

Since the EU has repeatedly refused to renegotiate the Withdrawal Agreement, it has been suggested that one solution is for the UK to seek a further extension in order to delay the triggering of Article 50 and the UK leaving the EU. I imagine you will share my concern that this might only prolong uncertainty for business and citizens while not necessarily leading to a satisfactory agreement.

On the other hand, we face the possibility of a ‘no deal’s scenario at the end of October when the present extension runs out. While EU countries and the UK have made extensive preparations to meet the challenges of a ‘no deal’, I do not believe this would be the best outcome for either parties.

I must also point out that ‘no deal’ raises the risk of a hard border between Northern Ireland and the Republic of Ireland, a possibility that, like the EU, we are determined to avoid. Before the 29th of March deadline M Barnier conceded that the border could be managed in the event of a ‘no deal’ and we agree that a solution can be found.  But it would surely be less of a risk to design an efficient system for cross border trade in an implementation period after the October deadline.

However, in the absence of a fair and workable agreement for an implementation period and declaration regarding our future trading partnership that the majority of British MPs can support and the Commission, on behalf of EU countries, can endorse, a ‘no deal’ outcome is not something we are prepared to take off the table. Nor, in view of the comprehensive preparations that have been made in the UK, is it an outcome we fear.

It clearly makes sense therefore for the UK and the EU to seek to forge a new agreement to cover an implementation period and set out a broad pathway for future trade relations. Understandably, this could incorporate some of the less controversial elements contained within the present agreement.

I will shortly send you a proposal which we believe should form the basis of an implementation period and a future free trade agreement. It will also be sent to the Northern Ireland MPs who have taken their seats in the House of Commons and to the devolved administrations in Scotland and Wales.

The cabinet has agreed that a draft of this document could form the basis of a new negotiated agreement. I have also consulted Parliamentary colleagues with differing views on what they wish us to achieve in our Brexit negotiations. While it would be less than honest to pretend that our draft document meets all the aspirations of Conservative Members of Parliament or our DUP partners, they recognise that compromises will have to be made by both the UK and the EU and agree that the draft document provides a way forward.

Be assured that I will not sign off any withdrawal agreement unless the cabinet is persuaded that it is highly likely to win acceptance in the House of Commons. I should also make it clear that I do not intend personally to be involved in negotiations in Brussels and I have appointed a new negotiating team to take things forward.

I should also disabuse you of any notions that my government would seek an early election or legislate for a second referendum. The biggest vote in British history gave a clear instruction to the UK parliament to leave the EU. The Conservative and Labour parties pledged that they would honour this decision and if we fail to do so, the country will not forgive us.

If the UK and the EU are unable to negotiate a fair deal, or to agree on ways to mitigate any adverse effects of a no deal, then it will be bad for our respective economies, damage future relations, fuel populism, deepen divisions and distract us from facing the other challenges that confront us.

I also believe, however, that outside the EU our country can continue to play a vital role in Europe in furthering co-operation, prosperity and security for the benefit of all our citizens. This is far more likely to occur if we can together forge a future partnership that is equitable and fair and one that commands widespread support in the UK and EU.

I look forward to your reply.