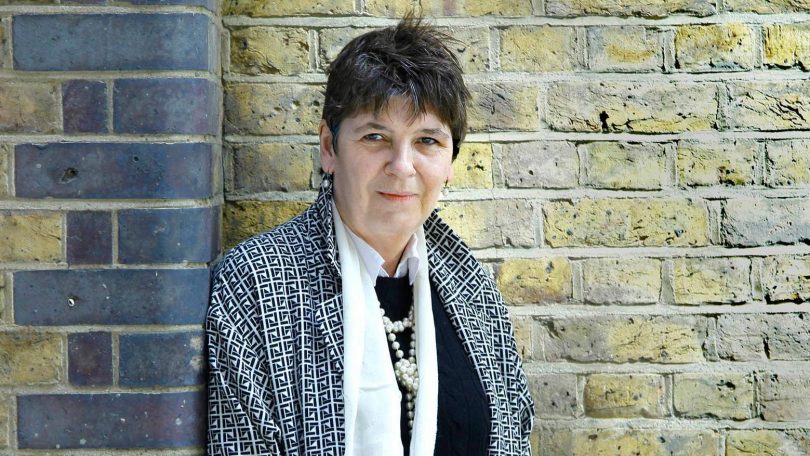 Baroness Claire Fox made the following powerful speech during the House of Lords debate on the Internal Market Bill on November 10th. She defends part 5 of the Internal Market Bill which allows UK ministers to over-ride the NI Protocol in matters of trade damaging to the integrity of the UK. In her view democratic will trumps international treaties every time.

My Lords, I concede that I am new here, but I will issue a warning: outside this place and the Westminster bubble this row over Part 5 is seen as a last-ditch battle in the Brexit wars—yet another attempt at using legalese to delay the realisation of finally being free of the EU’s jurisdiction.

I beg to differ with the noble Lord, Lord Howard, because a certain type of remain supporter, having lost at the polls, seems keen to use this House to kill the Bill. Again and again, I have heard noble Lords say that this House must block, block, block. Whether or not Brexit is the reason for that, more humility is required in this House. Its job is not to act as a block to democratic decisions, and it does so at its peril.

Surely, an important lesson from the referendum result is that British voters rejected interference by the unelected in their decision-making powers. After all, the demand for more sovereignty and democracy was the decisive driver behind the revolt of 17.4 million leave voters. This Bill should be seen as a perfectly moral and good-faith attempt to temper a treaty that threatens the UK’s geographic integrity as an internal market, and as a democratic mechanism to ensure that political sovereignty is safeguarded.

The controversial part of the Bill is posed in the most dramatic terms around the morality of abiding by international law. At its heart, however, as in everything to do with Brexit, it is about who rules—who has the power to make decisions in a sovereign country. Yet opponents here today seem to believe that national sovereignty and democracy can legitimately be constrained by simply repeating the mantra about upholding international law. That phrase should not, however, be deployed as a counter to national law made by our elected Parliament. This is not a technical, or even a legalistic, question: it is one of principle.

The key question is what should take precedence in a democratic nation state: international law or the will of the democratically elected Government? To those of us who believe in democracy, the answer is clear: democratic will trumps international treaties every time. If we are to live in a democracy, national Parliaments that are elected by, and accountable to, their peoples must have the power to make national law and to seek to amend or override any external rule that might compromise that.

On the broader question, I have heard lots of fine speeches about the ideals of international law; it is talked about with reverence, as if it was a secular form of God’s law, a power above and beyond the grasp of mere mortals such as the voters. In reality, it is often—to quote one commentator—“Cooked up by diplomats in secret, smoke-free rooms and enforced by unaccountable judges”. Regardless of that, international law should never be used to supersede the process of democratic national law-making. Too often, however, it is turned into a supranational instrument for undermining national sovereignty. We cannot let this place endorse that approach.

Noble Lords must not get me wrong: Prime Minister Boris Johnson got himself into this pickle last year, by endorsing the shoddy withdrawal agreement—enthusiastically selling it as “oven-ready” and signing it, warts and all. At that time, and since, many on both sides of the argument have pointed out that it contains intolerable restraints on the exercise of sovereign decision-making. I myself favour repudiation, but the Government have opted for a legislative approach to the conundrum because, importantly—this is a key point—under pressure from Brexiteers, Boris Johnson eventually contested and won the December 2019 general election on a manifesto that effectively repudiated part of the withdrawal agreement. He pledged that the UK would not be tied to EU rules. The Government are now trying to keep that promise to the electorate, and that, at least, is honourable.

Today, great play has been made of a binding promise to the EU. The main binding promise that should concern us, however, is the one made to the electorate. The aim of this part of the internal market Bill, therefore, is to give the UK Government the power to override those aspects of an international treaty that might, for example, bind Northern Ireland to a range of EU rules that could, if not tempered, hand arbitration of disputes to the Court of Justice of the European Union. It is essential that the Government have the power to counter such egregious limits to UK sovereignty.

In this, the Government are not breaking the law. They are making the law by proposing a Bill that would allow them to change some of their commitments to an international treaty by getting it voted through the democratic Chamber—the other place. That is what Governments are elected to do in a democracy, and it is their right as a sovereign, elected body to do so.

Of course, I understand concerns about Henry VIII powers and worries about a power grab by the Executive. However, this place also has to avoid its own power grab against the principle of parliamentary sovereignty. After all, I remember only too well the cry from here and the other place that Parliament is sovereign, repeated ad nauseum only last year. Was that just rhetoric because Parliament was then dominated by the remain alliance, who seemed to assert the principle as a weapon against popular sovereignty and the will of the people?

I also remember only too well when the Gina Miller Supreme Court case established that international treaties become binding only when they are passed into UK law by Parliament, and Parliament alone. Now those who cheered on that decision seem to have had a memory lapse, questioning the idea that Parliament is sovereign and preferring the binding sovereignty of an international treaty, even one that will compel the UK to accept certain EU rules after the end of the transition period. This memory loss all smacks, to say the least, of double standards. For all the tut-tutting at the Government for breaking the good faith sections of the withdrawal agreement, this feels like a breach of good faith closer to home.

There is a whiff of bad-faith double standards when so many of the same people expressing fury and righteous hyperbole at the Government over Part 5’s assault on international law are often the same people who applauded illegal wars, such as that in Iraq, with hundreds of thousands killed as a consequence, and turned a blind eye on the numerous occasions when EU member states breached the EU treaties—please do not mention the illicit Airbus subsidies—as noted by the noble Lord, Lord Lilley. Or I think of those MEPs I met at the European Parliament, who kept strangely quiet when the EU flouted its own rules with illegal eurozone bailouts.

Beyond Brexit, talking of double standards, what are the electors to make of those in this House who claim they are simply driven by protecting the integrity of the law in all instances, yet have either enthusiastically lobbied for, or remained silent as, endless Covid regulations that have trashed civil liberties, flouted legal norms and stretched the law to its limits have been passed by noble Lords time and again in recent months? It is a shame that all those ethical qualms did not kick in then.

Noble Lords may be worried about the damage to the UK’s reputation abroad. I worry about the damage this House might inflict on the UK’s democratic reputation here at home if it insists on emasculating this Bill by amendments. To conclude, a nation that must adhere to treaties it cannot democratically change or reject is not a free nation. No national government anywhere should be bound in perpetuity by an international treaty. This runs entirely counter to the spirit and the principle of democracy, and so, as a democrat, I will support the Government in this Bill.