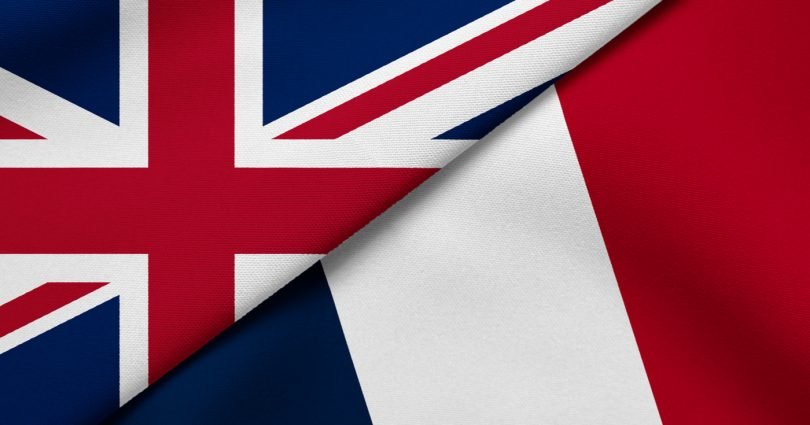 French threats against the UK over a small number of fishing licences have now reached the stage of hostile action. Go-slows on all goods movements at Channel ports and an outright ban on the import of British seafood into France have been announced for 2 November. But there are murkier depths to this fishy tale, which goes far beyond sourcing ingredients for lobster Thermidor.

In the Fisheries chapter of the TCA, Article 497 covers the licensing of fishing vessels, and makes it clear that applicants for a fishing licence must comply “with the rules applicable to those vessels in the other Party’s waters, including authorisation or licence conditions.” With no sense of irony, the French embassy posted a helpful tweet about this on 27 October, the day French threats against British trade and fisheries were announced.

Annex 38 to the TCA requires ”qualifying vessels” to be granted access to the 6 to 12 mile zone to the same extent “that each Party’s qualifying vessels had access to that zone on 31 December 2020.” This does not mean that all French (or EU) vessels are automatically entitled to a licence, because a ‘qualifying vessel’ is strictly defined as a “vessel of a Party which fished in the zone mentioned in the previous sentence in at least four years between 2012 and 2016, or its direct replacement.” In other words, proof of longstanding continuous fishing in the 6 to 12 mile zone prior to the Brexit vote is required. This is the important cut-off date, not 31 December 2020.

For the Channel Islands, a “qualifying vessel” must have fished in Jersey and Guernsey waters “on more than 10 days in any of the three 12-month periods ending on 31 January, or between 1 February 2017 and 31 January 2020.” This is really not an onerous threshold at all, only requiring proof of more than 10 days fishing in any one of the previous three years. That so many French vessels have been unable to meet these conditions smacks at worst of fraud and at best of naked opportunism as they try to attach licences to boats which would then dramatically increase in value when sold on (even if scrapped, the licence could be attached to a replacement vessel).

France claims that Britain has unilaterally imposed these licence conditions, when in fact they are in the text of the TCA. France also claims that “small” vessels up to 12 metres are exempt because they do not have the means to provide the proof required. There is no exemption for “small” vessels in the TCA, and in any case, a 12 metre trawler is far from small. That such a vessel would not have GPS, logbooks which they are required to keep by law, and records of catches landed etc. simply demonstrates that French trawlers have been violating CFP rules for decades. And Brexit has blown their cover.

In addition to this apparent inability to understand the agreement it ratified, the French government keeps bandying about a dizzying number of licences it claims the British have not granted for the 6 to 12 mile zone. In early October, we were told it was a relatively small number, under 50. Now we learn from Gabriel Attal, the Élysée spokesman, that while 210 licences have been granted to fish in British and Jersey inshore waters, France is demanding 244 more. “We are missing almost 50%of the licences to which we are entitled!” The number of licences being asked for seems to increase exponentially with French threats.

One should also be very mindful that the French press seldom makes a distinction about fishing zones, so the French public will now believe – just as Emmanuel Macron wants them to – that half of the entire French fishing fleet has been banned from British waters.

DEFRA minister George Eustice categorically rejected French government figures in the Commons on 28 October. Of 1,673 fishing licences issued to EU boats since January, 736 have gone to French vessels. And 103 of the 121 licences for boats to fish in the six to 12 British zone have also gone to French boats. Jersey had actually granted 20 additional licences to French boats in its waters during talks in Brussels earlier on the very day the French launched their plan of “retaliation”.

As a former banker and finance minister, we must assume that Emmanuel Macron knows how to count. So, France’s blatant misrepresentation of both the legal position and the number of licences granted surely relates to a hidden agenda. It is much more than electioneering, though, as most commentators seem to think. There is six months to run until the presidential election; keeping this story live until then is unlikely to help Macron’s cause, especially if profitable UK trade makes a permanent detour to other EU countries to avoid logjams at Calais.

There is clearly a question of fraudulent fishing and opportunistic licence applications by French boats, and so it’s worth considering that Macron hopes to squeeze more cash (and fishing quota) out of Brussels to support French fishing communities by disrupting EU trade with the UK. But that does seem remarkably banal for a man who calls himself “Jupiter”. It is more likely that a minor dispute over a small number of fishing licences has been deliberately blown up into a major confrontation as part of Macron’s relentless campaign against Brexit Britain. His desire for revenge over AUKUS should not be discounted, of course, but Macron’s attacks on the UK are nothing new. He is a calculating politician, so timing is key. And the timing of these wholly unjustified “retaliatory” measures is suspect. Let’s refresh our memories with France’s main bones of contention with the UK:

This naturally brings us back to the Northern Ireland Protocol, France’s last lever to try to achieve dynamic regulatory alignment and economic containment of the UK.

During Brexit talks the French ran the show. But now Macron has to rely on the goodwill of other member states to attack Britain on France’s behalf, thereby jeopardising their own profitable trade and generally good bilateral relations. And patience with France is wearing thin in the EU27. France received no backing when it demanded EU sanctions on the UK over its fabricated fishing licence battle (indeed EU sources speak of cordial discussions with British officials over fish). The EU lost the court case against AstraZeneca which the French demanded, and looked ridiculous as a result.

Macron’s attempts to turn Gibraltar into another stick with which to beat Britain, by means of the EU’s extreme negotiating mandate, also received a setback on 5 October when EU foreign ministers removed the objectives to give Spain control over the Rock. Trade talks have now started, based on the bilateral agreement Britain reached with Spain last December.

But now we have talks in Brussels on the Northern Ireland Protocol. And Macron is clearly desperate that faced with Article 16, the potential loss of the Protocol, the WA and even the TCA if it does not try to reach a compromise with Britain, the EU will actually agree a solution. This would not only deprive the French of a backdoor into UK economic policy but of an important weapon pointing at the heart of the British body politic.

It is no surprise, therefore, that the concluding paragraph of France’s communiqué on its unilateral reprisals against the UK over fishing licences stated that “no other matter of cooperation between the EU and the UK can progress without the restoration of confidence and full implementation of the agreements signed.” France has already organised a meeting with the Commission as a preliminary to legal proceedings against the UK at the ECJ, according to Clément Beaune.

Keep calm while the French carry on

Thus far, the British government’s response to French menaces has been measured and calm. This is appropriate. Losing our temper is not the way to go. But given that France is contemplating hostile acts which could endanger the supply of food and medicine to this country, we should leave the French in no doubt that if they execute their threats on 2 November, all licences to French fishing vessels in British waters will be immediately revoked. In response to the ban on the import of British seafood, we should impose punitive tariffs on French wine. One should not discount the possibility of France magnanimously lifting its blockade at the last minute in response to what will be peddled as a “British surrender” (the 20 extra Jersey licences agreed before they announced their retaliatory measures). It is all grist to Macron’s propaganda mill.

But if instead France tries to escalate the dispute to the ECJ, then it becomes an EU-wide issue, and retaliatory measures would presumably have to be applied to the whole EU. This would not go down well in other European capitals already tired of French trouble-making.