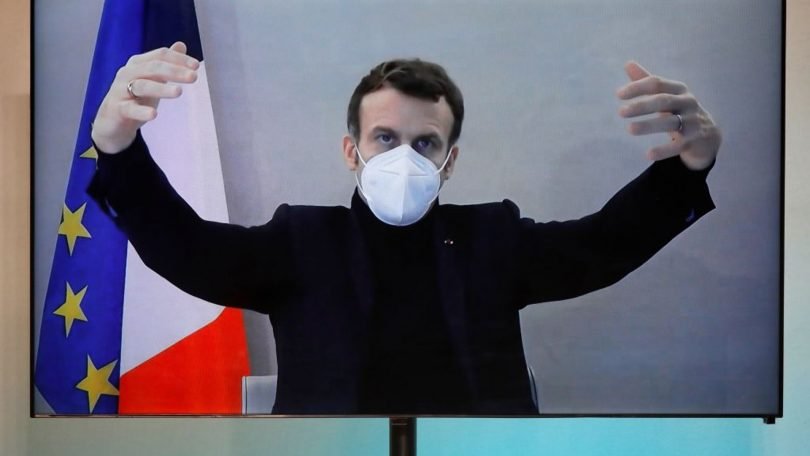 France is the only permanent member of the UN Security Council not to have developed a coronavirus vaccine, and it hurts. USA: two; UK: one; Russia: one; China: one, France nul points.

France is the only permanent member of the UN Security Council not to have developed a coronavirus vaccine, and it hurts. USA: two; UK: one; Russia: one; China: one, France nul points. To make matters worse, France also has an embarrassing international ranking in the number of its citizens it has vaccinated.

‘France is the laughing stock of Europe’, cry a range of politicians and media. How is this possible in the land of Louis Pasteur, the French ask themselves? Even discounting Edward Jenner a century before Pasteur (whom France’s health minister graciously acknowledged), the French see this as the continuation of the country’s ‘déclassement’, a relentless historical decline from better days.

President Macron enthusiastically called for 2020 to be the year of de Gaulle, 50 years since his death. The aim was to remind France of her potential, and hope to bathe in the reflected glory. But it was not a good year.

The EU is not a popular institution in France at present

Instead Macron is confronted by 2021, the year of Mitterrand, the 25th anniversary of whose death on 8 January he tentatively acknowledged with a wreath to his grave at Jarnac, south-west France. Other than wishing to garner left-wing votes for the 2022 presidential election, in the Elysée’s eyes, the Mitterrand connection is too close to soaring national debt, unemployment, nationalisation and French economic decline.

The General boosted France’s position as a UN Security Council member in 1960 with an independent nuclear weapon, in the wake of the USA, USSR and UK, but at least ahead of China. Mitterrand’s gift to France was more European integration, via the single European Act and Maastricht. In this, Macron is at one with Mitterrand, not de Gaulle. But the EU is not a popular institution in France at present.

Though French media do their best to shield the public from the EU’s failings, Brussels’s dismal display over vaccine procurement is stark, despite seemingly impressive EU order numbers that often carefully omit delivery dates. Other than the EU’s habitual bureaucratic sloth, regulatory obsession and unity signalling, it has placed some bad bets on vaccines based more on politics than medicine. The French fought in the Brussels procurement stakes to ensure that its national champion Sanofi (in reality Sanofi-GSK, a Franco-British venture) gained orders of 300 million doses to balance Germany’s champion Pfizer-BioNTech’s order. Member states are again paying the price for Franco-German rivalry, as even with a fair wind Sanofi-GSK cannot deliver before the end of 2021.

The EU’s vaccine shortfall has led Germany – contrary to a sole EU-wide purchase agreement – to negotiate a back-door deal with BioNTech for an extra 30 million doses and for Cyprus to negotiate directly with Israel. Meanwhile, humiliatingly post Brexit – notably for Paris after the fisheries spat – the European Medicines Agency will need to urgently authorise the British Oxford-AstraZeneca vaccine (having ordered 300million doses) by the end of this month to get anywhere near herd immunity for the EU’s 450 million population by the beginning of 2022. In normal times, Paris would have nitpicked fine detail regulations to delay the non-EU British candidate as a face-saving exercise. But with the Germans on the warpath over what is being termed ‘vaccine-gate’, as they approach important elections, the French will be muzzled.

With the EU starved of supply and unable to vaccinate at the rate of other economic zones it will further impact member states’ economies. This, in turn, will exacerbate spiralling debt to GDP ratios and member state relations, especially north south, as debt renegotiation and mutualisation return to the table. Pandemic debt to GDP statistics are out of date on publication. But the latest EU statistics for the end of 2020 put Greece at 205.2 per cent, Italy at 161.85 per cent, France at 118.74 per cent (France’s finance bill states over 122 per cent). Further mutualisation of southern states’ debts will provoke more EU squabbling.

President Macron’s instrumentalisation of history for contemporary political ends then is perilous. This ‘commemoritis’ binds him to celebrating historical figures at potentially inconvenient moments in the political agenda.

After de Gaulle and Mitterrand, the next French president up for commemoration is Valéry Giscard d’Estaing. His funeral last month was a private affair, but France agreed to the European parliament paying tribute to him on 2 February for his promotion of the EU project. The Elysée probably spotted an opportunity to relaunch Macron’s European agenda. But given the EU’s erring, commemorating VGE in Brussels risks raking over the coals of his ill-fated European constitution, roundly rejected in the 2005 French referendum.

If Europe’s image fails to improve this year, France will have a tough time during her presidency of the Council of the European Union from 1 January to 30 June 2022. That also happens to be when elections take place to choose the next president of France. History: caveat emptor.