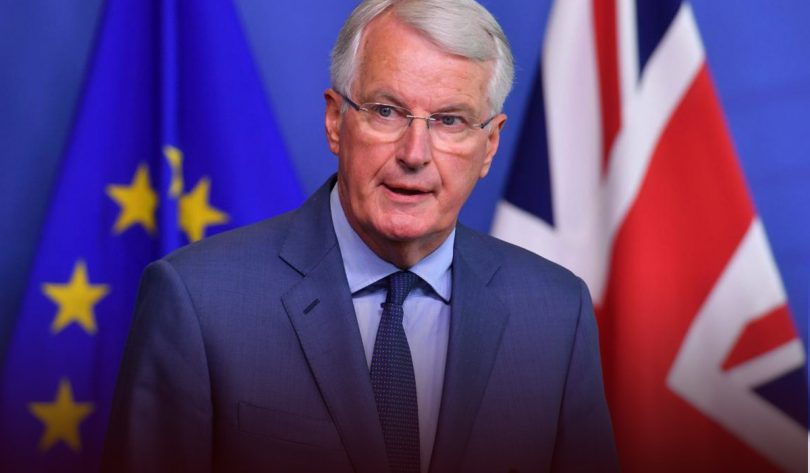 How the French interact with the UK over the next few years is important. How are their politicians thinking? An aspect rarely reported in the UK is that they are worried, and this is likely to make them difficult partners. Understanding their worries should help British politicians to shape our own responses.

Michel Barnier, still officially the EU’s Brexit taskforce leader until March 2021, gives few interviews. As a Savoyard and keen mountaineer, as he habitually reminds us, he is a cautious man who advances step by step with the long climb firmly in his sights. So it was something of a surprise to see Barnier appear on 16 February before the French Senate Brexit follow-on committee (renamed ‘groupe de suivi de la nouvelle relation euro-britannique’). It is a sign of the importance of how Brexit will play out for the French that the Senate has formed a very senior commission to monitor and react to Brexit implementation and next stage negotiations. The 20-strong commission is co-presided by the presidents of the Foreign Affairs, Defence and Armed Services commission (Christian Cambon), the European Affairs commission (Jean-Francois Rapin) and the Economic Affairs commission (Sophie Primas).[1]

Of course Barnier and France have an interest in Brexit being implemented as they see fit. But there may be a good deal more to their common purpose than initially meets the eye. For Michel Barnier, former Gaullist Agriculture and Foreign Minister, former President of the Senate Foreign Affairs Commission, may be preparing his candidacy for the French Presidential elections of May 2022. The traditional Gaullist French right, Les Républicains, has no consensual candidate for the presidentials and Barnier’s name is cropping up a lot for having done a good job on Brexit and because some see him as motivated by a desire for revenge on Emmanuel Macron, who preferred Ursula von der Leyen to Barnier for president of the European Commission.[2] At 71 in 2022, Barnier would still be a tad younger candidate than François Mitterrand in 1988. His candidature may be more likely as a result of Nicolas Sarkozy’s recent prison sentence for corruption, which has thrown the French right into even more disarray given Sarkozy’s continued king-maker status. As an outsider Barnier could be seen as a clean pair of hands.

So would Barnier’s ambition get the better of his habitual reserve when he appeared before the Senate Commission and lead him to give away a few clues as to what is in store for Britain over the coming years? There was much ‘cher Michel’ this and that and much tutoying in the 1hr40 hearing. Below is a précis of the session in which the nature of the questions asked by French Senators were as revealing in what they say about French concerns about relations with Britain as were Barnier’s replies as to how the EU will behave over the coming years. (The questions were grouped together with Barnier replying en bloc. The structure of the session is retained here.)

We begin, however, with the salient points that emerged from the hearing:

There is clear concern in France that the UK may distance itself even further from European integrated defence plans, but more seriously from Paris on foreign policy, defence and security matters [paragraphs 1, 11]. France cherishes the Franco-British defence and security pacts (Saint Malo and Lancaster House) and would not wish to see them lose their pertinence or value. France is bogged down in the Sahel with over 5,000 troops and would dearly love extra British combat support that she knows will not come from the EU (other than money). Two years ago Macron made a big play of post-Brexit global cooperation with the UK on strategic geopolitical matters. Barnier also suggests that the UK may be attempting to use defence to leverage concessions elsewhere.

The British media rarely mention that Brexit is also having an impact on French companies and their ability to sell into and buy from the UK in terms of customs clearance. There is French ambiguity here (and in other member states): clear French concern about the UK becoming a Singapore-on-Thames and a desire to see tighter customs inspections (phyto-sanitary), but reluctance when it hurts French companies. The French are worried that Britain may tighten the screw on its customs checks after its self-declared period of grace [paras 2, 6, 7, 12, 21]. The French are also worried by greater competition from other EU member states on more lenient customs checks, notably Belgium and Holland.

It is clear that the Commission is gearing up for fastidious monitoring of the withdrawal agreement and the new commercial and cooperation agreement, hence the setting up of two new services in the commission to oversee that [paras 5-7, 12, 18]. They clearly feel they have the UK over a barrel with the Northern Ireland Protocol and Barnier insists that it will be monitored very closely and not renegotiated. One senses, however, a real concern on Barnier’s part that Northern Ireland could easily become politicised, even weaponised, against the Commission, as evidenced by the EU’s knee-jerk use of Article 16, which Barnier repeatedly described as ‘an error’, that went against all his work on Northern Ireland. He is at the same time and for the same reason, also sensitive to the issue of the UK’s sovereignty and national borders appearing to be undermined by the Protocol. He corrects Senators who state that the Protocol puts the border between the EU and the UK down the Irish Sea. He protests – too much? – that it does not create a new border, but only customs checks, because, he says, he does not want UK sovereignty to be undermined. Evidently he is wary of lighting the blue touch paper.

Financial services negotiations underway between UK and EU, scheduled to conclude in March, are going to be fought hard by the Commission [paras 10, 14, 15]. The French in particular want Paris to regain its former pre Great War status as Europe’s banker. They were pleased to get the European Securities and Markets Authority moved to Paris from London. Previous Senate Commission hearings have underlined their ambition, but are conscious of French impediments: bureaucracy, employment law, hostile and erratic tax environment.[3] Macron and his Finance Minister have attempted to improve that environment by employment legislation and abolishing a very political wealth tax. But given French pandemic finances (over 120% debt to GDP) as the 2022 presidentials approach there is already considerable pressure to re-institute the wealth tax and hike others on the corporate sector, not to mention a EU-wide ‘Tobin tax’ on financial transactions.

Barnier’s insistence on learning lessons from why Brexit happened is also a preoccupation of French Senators [paras 16, 20]. There is clear concern that the reasons are not UK specific and could therefore be repeated in another member state. Barnier states as much. This is linked to the question of how well the UK will do outside of the EU. Some French Senators are not persuaded that the UK will do badly. The implication is that if the UK does do well this may compound the EU’s coherence and unity if lessons are not learnt about Brexit.

The Barnier hearing is an important indicator of how strictly the EU will monitor the Brexit agreements, but also where their sensitivities lie. By the same token it reveals French concern about the future relationship with the United Kingdom.

Summary of the hearing: