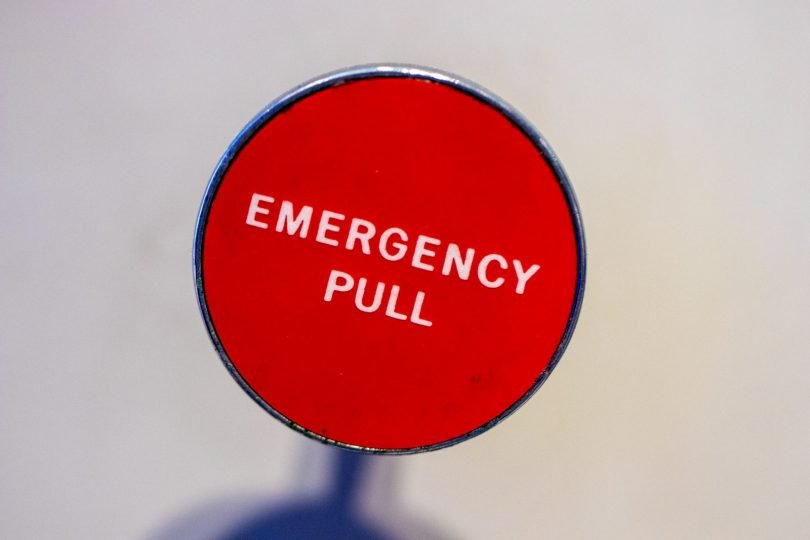 To help lighten the gloom Rob Lee offers a few humorous investment anecdotes from a collection started after the 1987 stock market ‘crash’, which occurred three weeks after he became a fund manager. The overall lesson is that the current crisis, as serious as it is, is a major long term stock market buying opportunity.

While scratching in my files yesterday I came across a collection of anecdotes compiled in my fund management days. After 10 years Chief Economist of South Africa’s largest financial institution, Old Mutual, I was put in charge of all investment research and made Fund manager of the main long term policy holder portfolio. I took over on Oct 1st 1987. Three weeks later Wall Street suffered one of the biggest stock and most rapid market crashes in history. To say I was unprepared for this is an understatement of commensurate proportions!

In subsequent presentations to the Board, and to clients, I found that a degree of gallows humour helped to ease the tensions caused by the resulting appalling investment performance. This habit I kept for the rest of my career – not that my/our performance was always appalling! In the context of the current collapse in financial markets, and the economy, here is a selection from that collection which might provide a welcome lift in the current gloom. This is not to make light of the terrible carnage being sown by the coronavirus, but what could be more British than some gallows humour in dark days?

The importance of Perspective

May I tell you a little story about Bernard Baruch, the famous American investor and speculator, who lived to a great old age and advised presidents from Wilson to Kennedy. When Baruch was 92, his broker rang him because he thought the market was too high and wanted to create some liquidity in the old man’s portfolio while the going was good.

“Bernie, he said, don’t you think we ought to take a few profits now”?

I am reminded of the story of the Cambridge College investment committee who were debating whether to increase their weighting in property. The Chairman had just finished presenting the case with the help of a graph showing property price movements over the past five hundred years, and turned to the Bursar to sense the mood of the meeting. All were in favour except the oldest trustee.

“What’s the problem John?” asked the Chairman. “I don’t think the last five hundred years are typical” he replied.

A Different Take on Bailouts

A Chinese Investment Trust called Gitic got into very serious financial difficulty. Gitic’s  bankers had nursed hopes that the Chinese government would bail them out. One of Hong Kong’s expatriate Scots compared them to the damned in the fires of hell: ‘They cry unto the Lord, saying: Lord, Lord we didna ken. And the Lord says: Well, ye ken the noo.’

The Illusion of Control

The episode reminds me of the railway passenger who tore up his newspaper and hurled it, page by page, from the window of the Flying Scotsman. When questioned by a fellow passenger, he explained: “I’m keeping the elephants away’. ‘But there aren’t any elephants in this part of Lincolnshire’. ‘I know – effective, isn’t it?’

Rallying the Troops in a Crisis

I remember a Chairman of Imperial Chemical Industries who tried this line in rousing the troops: “I don’t want to hear any more about problems” he said. “We don’t have problems. We have opportunities, opportunities. Is that clear?” “Well, yes Chairman” he was told at last “we do seem to face a large number of insurmountable opportunities.”

Two Americans went out hunting grizzly bears. They walked all day without finding any so they decided to put their rifles under a rock and sit by a river to cool their feet. After a few minutes a grizzly bear came up and stood between them and their guns. One felt in his knapsack and got out a big knife while the other got out his running shoes. The man with the knife asked why his friend was putting on running shoes when everyone knows that a grizzly runs faster than a man. Back came the answer: ‘I don’t need to run faster than the bear, all I need to do is run faster than YOU’

The Limits of Economic Forecasting

Are masters of the “either-or”,

They speak, in dark and Delphic prose,

But will not be specific on

The future till it’s been and gone;

And even then they disagree

In the days after the initial stock market ‘crash’ of 1987, I was alarmed to see my experienced fund management colleagues – those in charge of pension funds, unit trusts and the like – go into a state of near total panic. Under short term performance pressures they just wanted out of stocks, and convinced themselves that much worse must still be to come. As manager of the very large policyholder portfolio – a fund with very long term liabilities – it made sense to hoover up many of these sales in house (I stress this was a collective company decision, not any brilliance on my part). Over the next two years the stock market made a massive recovery and that fund markedly outperformed our other funds!

In recent days some equity investment trusts with outstanding long term track records have fallen to levels such that the dividend yields are in the 5-8% range. I don’t say that stock prices have reached their lows, and don’t know when the recovery will start. However, my experience of 1987 and subsequent crises tells me that the wise investor should now be a buyer and not a seller. These exceptionally low prices and high yields will not last.