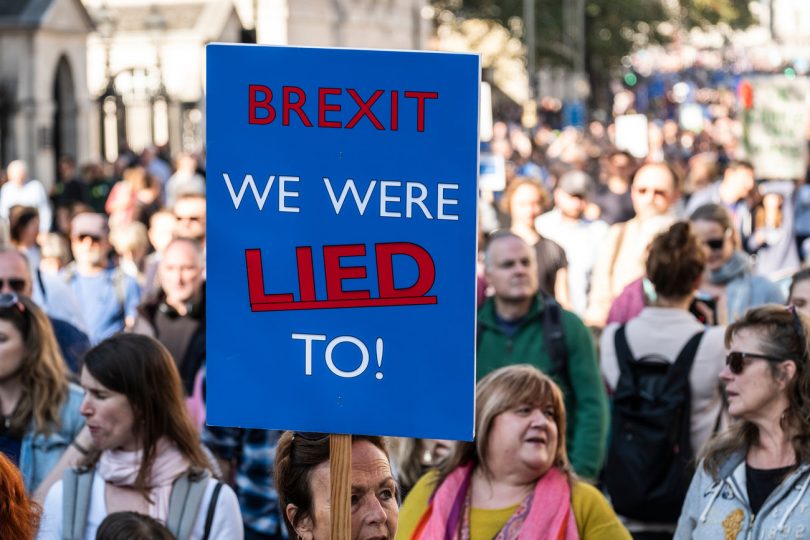 Despite our best intentions, it is becoming clear that deal or no deal the basic problem faced by the UK is that the EU has no friendly intentions towards us. It is impossible to be a friend, partner or ally of a system that essentially wants to teach you who is boss.

There has been a lot said about a new beginning for our relationship with the EU.  The new EU ambassador to the UK has talked of a “new special relationship” where the UK and EU dominate the G7.  However, we have to remember that when Ursula von der Leyen talked of “new beginnings for old friends”, she was at the same time threatening a civil aviation blockade of the UK if we did not give in to her demands.  Civil aviation exists between China and Taiwan – that is how bad the EU is happy to drive things if it does not get its way.

The basic problem faced by the UK is that the EU has no friendly intentions towards us.  It is impossible to be a friend, partner or ally of a system that essentially wants to teach you who is boss.  We cannot fall into the mistake made by Simon Nixon of the Times, when reporting that the EU was only being tough for political reasons, and fairness and friendship is just around the corner.[1]  Theresa May wasted her premiership waiting for that corner to be turned.   Maybe Boris Johnson believes that the EU’s compromises on enforcement procedures means that that now it has been.

The truth that has often been spoken is that it is in the interests of the EU for Brexit Britain to do badly to deter others from following suit.  That is still the case.  The EU also believes that Brexit was procured by fraud – their friends in the UK assured them that it was all down to a bus advert quoting a gross figure as if it were a net one.  The EU still believes that.

If we remember briefly, the EU’s target relationship set out in the May Deal was one where the UK would have to do as it was told on almost any issue until the EU agreed otherwise.  The EU made up nonsense about how Article 50 actually prohibited it from negotiating replacement arrangements with the UK – except where it suited the EU.  The standstill transition was an anti-democratic monstrosity.  It committed itself to siding with Spain over Gibraltar regardless of the morality of Spain’s claim – and justified this with a nonsensical EU version of Chauvinism: “every Member State, right or wrong”.  It claimed concern for the Good Friday agreement, but expounded a policy where Nationalist sentiment was unconditionally to be favoured over Unionist.  They decided that the UK could not negotiated replacement trade arrangements with third countries until it left – although how an agreement that does not take effect until the UK is out of the EU could violate the Common Commercial Policy was never explained.  It was just something the EU dreamt up in order to harm the UK’s interests.

The EU has not changed.

It really did not matter what was agreed in the future arrangement – or even if we had opted for “no deal” – the EU was never going to change.

This contribution’s title refers to “Gibraltarisation” because the EU will now follow a campaign of harassment in the way that Spain has treat Gibraltar for decades.

If Spain wants to hurt Gibraltar, it simply has to work to rule.  Spain has perfectly good reasons to conduct border checks for cigarette smuggling and the like.  However, it discovered that if it checks everyone coming into Spain, it can create an enormous queue.  It can do checks slowly.  We already see such tactics employed to slow down trade with the EU – does anyone really believe that EU customs officials are always so astute in checking packed lunches at its borders?  The sneering Dutch customs officials saying “welcome to the Brexit” make  clear the animus against Britain.

It is not just the Border where Spain has harassed Gibraltar.  Spain has for years a significant number of civil servants working on Gibraltar business.  Their sole object is to find something to complain about, and then complain to the UK or the EU.  This is what the EU will now do with the UK.  The EU’s taskforce on negotiating the deal will become a monitoring group.[2]  The prediction in this contribution is that the EU will unleash litigation – including nuisance litigation – at the drop of a hat.  The EU’s approach to equivalence of UK financial services does not bode well.  It might be thought that “equivalence” will be decided on the basis of the UK’s current position.  Instead the EU demands to know future plans. It is essentially trying to recreate the Commission’s role in supervising Member States.

Nothing shows the falsity of all EU declarations of friendship to the UK as its behaviour in Northern Ireland.  If we recall, the EU promised that it would look keenly for measures that prevented its Backstop disrupting trade with the UK.  The measures would be light touch, and unobtrusive.  Theresa May even believed them, and maybe still does.

The reality is as reported by the pro-EU James Crisp in the Telegraph.  British sausages will be unavailable in Northern Ireland.  The EU are clear that Northern Ireland’s economy will have to shift away from the UK:

“’People now need to adapt to changes. The only way to avoid controls is to source things through the EU from now on,’ an EU official said.”

As for the promise to negotiate alternatives, the EU has no intention of keeping its word:

“A senior EU diplomat said: ‘If I read about Singapore-on-the-Thames and increasing the working week beyond 48 hours to something like in the 50s … I don’t really think that is a good sign to have discussions on all the outstanding issues – and also the ones in Ireland.’”

Northern Ireland continues to serve its role as the EU’s weapon of choice against Brexit.  Never mind that the EU agreed in the Withdrawal Agreement to negotiate to solve these issues.  Do not expect the EU to agree that it is breaking international law when it goes back on its word.  Also, never mind that the EU agreed on dispute resolution mechanisms to handle questions of divergence, and the UK has a right to expect complaints to be dealt with in that agreed forum.  The EU will use whatever tools are at its disposal to continue the fight to make the UK a rule-taker.

This is not to criticise the Johnson Deal as such.  Spain has long shown that if a hostile neighbour is confident that it has a greater capacity to do harm, there is no end to the mischief it can do.  The EU is simply copying that tactic.  The EU has the time, the resources and the inclination to be forever probing for weakness on the part of the UK.  It may have agreed a free-trade agreement, but the EU will be only too happy to squeeze the life out of any advantages to the UK by closing or slowing the border on any pretext, whether that means searching every last truckers’ lunchbox, or any other tactic.  If that can create queues that a long enough for shellfish to go off, the EU will have what it wants.

The EU has thus already demonstrated that it is continuing the fight against Brexit.  The problem is that, whilst everyone was looking at the nature of dispute resolution in the final Agreement, the EU was planning a campaign of border harassment, work to rule and nuisance litigation.

Unless we want to pursue the mistake of Theresa May in waiting for the EU to play nice, this can only end in either Brexit Britain admitting defeat and returning to the EU fold – or accepting that there can be no friendship with the EU27.  The EU27 are unique in having a specific strategic goal in making life worse for the UK.  It is simply not a viable basis for friendship, partnership or alliance with the EU nor any of its member states.  It is time we wised up.

‘Titus’ is a lawyer working in the public sector.