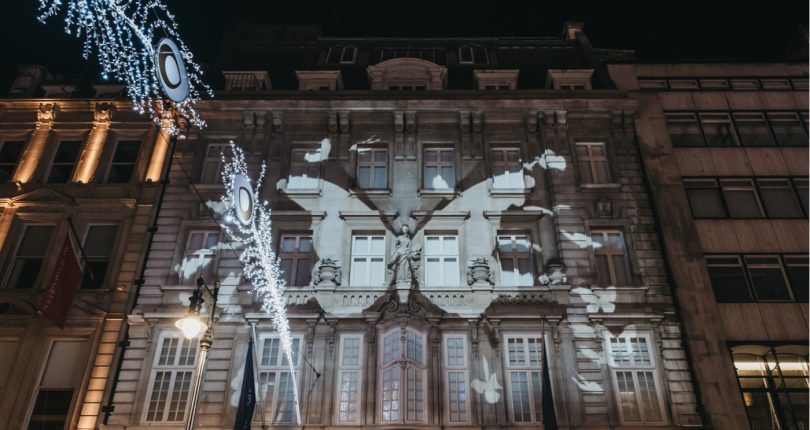 A Butterfly Effect: a butterfly flapping its wings, triggering a tornado several miles away and weeks later by starting unpredictable chain reactions. Can Brexit play the role of such a butterfly, starting chain reactions that may impact politics on a global level to a degree that few would have believed when the Brexit referendum happened back in 2016?

The strategic role and geopolitical position that the UK plays in the EU, NATO and Anglosphere gives it more global influence than its mere economic, military and demographic weight would suggest. We can already witness events triggered by Brexit that could very likely represent the start of new trends that can have far-reaching impacts on the global level as well.

These impacts can be examined in two respects: how the UK outside the EU will change global politics, and how the EU without the UK will itself change.

Regarding the UK, what we can see right now is that it appears to be repositioning itself chiefly along the lines of drawing closer to the rest of the Anglosphere. What makes this shift peculiar is that it can greatly impact the internal structure of the US alliance system.

Negotiations are already underway between the United States and the United Kingdom to reach a free trade agreement between the two countries before the end of this year, as reaffirmed at a meeting between Steve Mnuchin and Sajid Javid in London in January 2020. The UK has little reason to refuse the US offer. Such a free trade agreement would replace food imports from the EU with food imports coming from the US, solving an issue often discussed surrounding Brexit. Alongside the US-UK free trade agreement already under negotiation, the other main prospect is apparently the CANZUK proposal that advocates the formation of some kind of economic alignment between Australia, Canada, New Zealand, and the UK, with the range of possible outcomes reaching from merely freedom of movement to a full economic community akin to the EU. At first glance, such an idea may seem anachronistic as it may resemble a revival of the British Empire. Also, besides relations between Australia and New Zealand, all countries to be involved maintain closer ties with the United States then with each other. On the other hand, there are number of practical factors supporting the idea. It is the very 21st century’s travel, transport, and communication conditions that make it much easier for citizens and goods from these four culturally closely related countries to move between themselves, much more so than during the 19th and 20th centuries. All of the countries being close allies of the US also means that such an arrangement would not collide with any other major international commitments. At the same time, some kind of policy coordination between the four could also somewhat reduce the risk of the US dominating them too much.

Unlike the ongoing free trade negotiations with the United States, the CANZUK proposal still exists only at a theoretical level, although support for it has already been expressed among the political elites of the four countries. In 2016, Australia’s High Commissioner to the United Kingdom expressed support for freedom of movement between Australia and the UK, and at a 2018 convention, the Canadian Conservative Party voted to adopt the CANZUK proposal as an official policy. Boris Johnson has already expressed his interest. The proposal also enjoys overwhelming public support among populations of the four countries. According to a 2018 poll, 82% of New Zealanders, 76% of Canadians, 73% of Australians, and 68% of Britons would support freedom of movement between the four countries. For Britain, its EU membership was the main obstacle to the proposal up until now, as EU rules would not have allowed the UK to grant such privileges to non-EU countries. With Brexit however, this very obstacle has already been removed, and from here on the UK has little reason not to get engaged.

If CANZUK and the US-UK free trade agreement are both implemented, then even if there is no formal overall economic integration arrangement between the USA and CANZUK, the two combined will still form a de facto economic bloc, as on behalf of CANZUK, the UK will be linked to the US with their own free trade agreement, and Canada is already linked to the US by NAFTA. If both Canada and the UK, the two largest economies of CANZUK, are already linked to the US upon its formation, then it will very likely be only a matter of time before Australia and New Zealand get involved with the US in one way or the other as well. As in terms of military alliance, Australia and New Zealand are already linked to the US under ANZUS, while Canada and the UK are so under NATO, and intelligence services of the five form an alliance under the Five Eyes agreement, while their combined armed forces already work together under the ABCANZ, AUSCANNZUKUS, ASIC and TTCP agreements. In other words, we can say that the five countries already form a de facto military alliance. Thus, the Anglosphere already forms a de facto privileged inner circle within the US alliance system.

Upgrading this de facto military alliance with economic alignment as well, would make this rather informal group a full international bloc, in many ways akin to the EU, if not de jure, certainly de facto. This would raise the role of the Anglosphere as a privileged inner circle of the US alliance system to a whole new level, linking the Anglosphere more closely to the US than ever, and at the same time making the distinction between this privileged inner circle and the rest of the United States’ allies ever more apparent.

Such a de facto bloc would combine the strength of British and US navies and nuclear arsenals, food security granted by combined capacity of the Australian, Canadian and US agricultures, energy security granted by combined oil and natural gas reserves of Canada and the US as well as by combined uranium reserves of Australia, Canada and the US, military presence not only in Europe, North America and Australasia, but also through the network of US and UK military bases all over the world. The fact that North America, the British Isles, and Australasia are all surrounded by sea would provide a unique geographical defense potential.

Such an upgraded inner circle can very likely become top priority in US foreign policy on the long run, potentially overshadowing other US-lead alliances, such as NATO or the alliance with Japan. Thus, consequences of the combined establishment of a US-UK free trade agreement and a CANZUK economic integration are likely to be far-reaching.

Even in the case of referendums in Scotland and Northern Ireland breaking away from the UK, this would change little of the big picture.  First, the two combined make up little more than 10% of the population and GDP of the UK. Second, given the numerous Scottish diaspora in Australia, Canada, and New Zealand, even if Scottish independence is reached, but some kind of CANZUK economic community is meanwhile formed, then even a newly independent Scotland may find joining CANZUK a more attractive option than re-joining the EU. Formation of a CANZUK community could even raise such a dilemma for Ireland (even for a united Ireland) given the large Irish diaspora in these countries.

How will Brexit impact the European Union itself? Regarding post-Brexit EU, the main question seems to be whether it can reach a new form of internal power balance. So far, the Franco-German tandem formed the core of the EU, and the UK was the main counterbalance to it. This balancing role of the UK was very important given disputes the Franco-German core had with the Eastern (V4-Czech Republic, Hungary, Poland and Slovakia) and Southern (PIGS-Greece, Italy, Portugal and Spain) peripheries of the EU. By moderating Franco-German hegemony, this also moderated counteractions on behalf of those countries of the eastern and southern peripheries. With Brexit however, this counterbalance is taken out of the system. Here the main risk for the EU is that if the Franco-German tandem doesn’t show restraint, then without such a counterbalance, this can escalate tensions between them and countries of the southern and eastern peripheries to breaking point.

Whether such a scenario is a real threat for the EU or not mostly depends on France. Since the times of Conrad Adenauer and Charles de Gaulle, the Franco-German balance has greatly shifted in favor of Germany, and this trend further accelerated following the financial crisis of 2008. If France continues its close cooperation with Germany, it might itself one day be overwhelmed by German dominance. However, if France choses to somewhat distance itself from Germany, then it could take on the very same role of the main counterbalance that Britain has played up until now. The somewhat unexpected recent rapprochement between France and the V4 countries that started at the end of 2019 (demonstrated by the summit between Emmanuel Macron and Viktor Orban in October 2019 and Macron’s visit to Poland in February 2020), may signal that such a change in attitude on the part of France is already underway.

Brexit is likely to change not only the internal dynamics of the EU, but also its global role. With Brexit, the EU loses its strongest navy, as well as one of the two UN Security Council permanent member nuclear powers among its ranks. Brexit could also potentially change the global doctrine of the EU as well. So far, the UK has been the strongest and most committed US ally in the bloc, while both France and Germany, despite being NATO members, have repeatedly chosen to make certain cooperative gestures towards Russia that the US views as being against NATO doctrine. With the UK having left the EU, such Russia-leaning French and German aspirations are also left greatly unbalanced. Although Poland and some minor East European member states still follow strongly pro-US doctrines, without the UK, their chances to counterbalance such French and German moves are much decreased. Thus the EU may be expected to somewhat loosen its alliance with the US, and somewhat improve its relations with Russia.

Thus, Brexit seems to ignite chain reactions that will probably upgrade the status of the Anglosphere as a privileged inner circle of the US alliance system to a level where it can surpass the EU and NATO in internal cohesion and global significance. If the US then prioritizes this inner circle over the rest of its allies, this could significantly weaken the internal cohesion and global significance of NATO, especially if a post-Brexit EU led by France and Germany choses to loosen its ties with the US somewhat. In the Asia-Pacific, albeit to a lesser degree, such a trend could likely cause a similar distinction to emerge between the privileged Australia-New Zealand duo and the rest of US allies in the region, such as Japan, the Philippines or South Korea, possibly even boosting trends such as the re-militarization of Japan. These changes, if they do happen, will be of global significance. Of course, we cannot be sure yet, but what we do know is that US-UK free trade talks are already on their way, and that the CANZUK proposal has massive public support in the UK as well as in all the other three prospective member states.

Dr Csaba Barnabas Horvath is an assistant researcher at the Silk Road Research Group of the Hungarian Academy of Sciences. He obtained his PhD at the Corvinus University on Budapest, in his thesis analysing the multipolar geopolitical balance between China, the US-led Quadrilateral, and Russia.

This article was first published in Geopolitical Monitor.