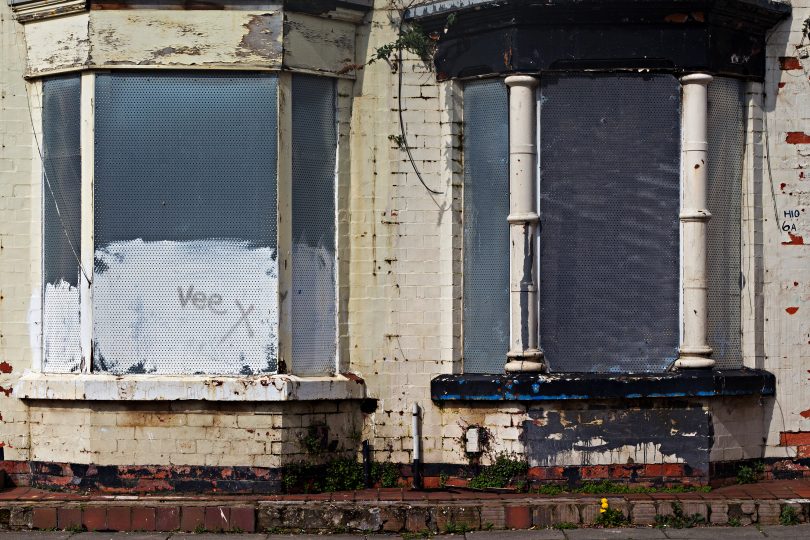 The easy availability of cheap, hard-working and skilled workers from across the European Union has allowed UK policymakers and employers to neglect the weakness of vocational education, at all levels.

The easy availability of cheap, hard-working and skilled workers from across the European Union has allowed UK policymakers and employers to neglect the weakness of vocational education, at all levels. The Government’s approach – apprenticeships, ‘participation’, lifelong learning, BTECs – is lacklustre and incoherent. As long as free movement exists there is little incentive to build a national consensus to take inequality of opportunity seriously, and in addressing it simultaneously tackle our slow pace of automation, which is inhibiting both innovation and productivity. Brexit is our opportunity to do all of this.

Chris Smith, managing director of the Marshfield Bakery near Oxford employs 65 people and is growing by close to 20 per cent every year. “Recruitment for us is extremely difficult. [Brexit] is potentially a very serious issue.” About a quarter of the staff at the business, which turns over about £3.5m a year, is from the EU — mostly Polish but a few from Greece and from the Czech Republic. “We actually need unskilled people. We need unskilled people but who have good employability skills — people who are going to turn up on time and work with a smile.”

Of the many confusing social media acronyms ‘MRDA’ may be one of the most appealing and useful. ‘Mandy Rice Davies Applies’ is a sparing response to many comments and assertions, both on and offline: “Well, they would say that, wouldn’t they?”

It’s particularly helpful in understanding the interrelated debates that start with EU freedom of movement but lead to vocational education, the ‘Productivity Puzzle’, and Universal Basic Income.

Since the referendum campaign, service and manufacturing sector representatives have campaigned against any limit to EU immigration, for example introducing a points system based on skills or earning potential. Well they would, wouldn’t they? EU migrants make up over 20% of labour force in 18 British industries. Retail, farming and construction rely heavily on EU workers. Of the 1.7 million people working in the hotel and catering industry, 230,000 or 13.5% are non-UK EU nationals.

This chart is based on ONS data reflecting UK employment by industry sector for UK and non-UK nationals, split by EU14 member states, newer A10 members, and Rest of the World (RoW) countries.

These sectors depend on workers from overseas because unemployment is currently low, but also because – they say – British born workers aren’t willing or able to do these semi or low skill jobs, and younger workers are particularly badly equipped. Yet in the last quarter of 2017 there were 1.44 million unemployed people (people not in work but seeking and available to work), and 8.73 million economically inactive 16-64 year olds (not working and not seeking or available to work).

I am particularly interested in the 75,000 people who leave prison each year, of whom 75% are unemployed. 46- 69% of prisoners reoffend on release, at a cost of £7-10billion a year, yet we know that people are less likely to commit further crimes if they have the dignity, responsibilities, stability and wage that a good job provides. Given this group are literally captive within an institution that could be – should be – working with local employers, colleges, social services and charities, a more ambitious target of apprenticeship or employment on release for every prisoner ought to be feasible.

If ever a coherent set of public policy interventions are needed it is clearly here, to ensure progression into employment, and, crucially, progression within employment, for every UK national. It is not easy but neither is it very complicated to understand demand and supply, constraints and incentives, by sectors and regions. Yet with a few honourable exceptions (see Fraser Nelson, and Robert Halfon), politicians, policymakers and journalists are at their least compelling or consistent when talking about vocational education. MRDA, Mandy Rice Davies Applies: well, they wouldn’t be, would they? A route to employment that might not involve university is outwith their own experience, and that of their friends, children, and friends’ children.

Compare the Confederation of British Industry statements (represents 190,000 businesses that employ 7 million people) on freedom of movement, “essential to keep an open approach to hiring staff from the EU so that vacancies could be filled” with its position on UK school leavers who “lack basic literacy, numeracy and communication skills, poor self-management and low levels of customer awareness”.

‘MRDA’ again: the CBI would say that, wouldn’t they? It is easier and cheaper – in the short term – for both large and small businesses to continue to employ people from eastern Europe who possess these skills already than to invest in training school leavers. As many industries and professions appreciate (fine arts and crafts, engineering, architecture, law), by far the most successful way to train people to do a job is on the job, with close and structured coaching from experienced colleagues. When this takes the form of a pupillage, apprenticeship, novitiate, or traineeship, particularly in traditional sectors, the costs and benefits are both fully recognised and fairly shared by employee and employer. In newer or non-specialist sectors, lacking the Guild traditions or pragmatic, constructive, Union representation, the benefits of structured training are underrated and costs crudely assessed. “Good employability skills — people who are going to turn up on time and work with a smile”, “communication skills …and customer awareness” (above) don’t seem scientific or specific enough to be codified, even though this is behaviour that can be taught and learnt, demanded by all employers in the services sector (and some of the most important skills that engineers, architects and lawyers DO learn in their training).

Increasing apprenticeships is one element of the Government’s strategy for vocational education, including a target of 3 million apprenticeships by 2020. To aid this a Levy, designed as both carrot and stick, became mandatory in April 2017. Medium to large employers pay 0.5% of their total annual wage bill into a levy pot, which the Government tops up by 10%. It can only be spent on training and assessment with approved providers. For a company like Vodafone the total pot equates to nearly £3 million per year, and overall the Levy was expected to raise £3bn for training via apprenticeships.

The IFS analysed the Levy before introduction and predicted its perverse incentives in January 2017, many of which have come to pass. People starting apprenticeships fell 27% last quarter, following a 60+% fall immediately following the Levy’s introduction. The list of approved providers is hard to navigate and inflexible. To afford the Levy employers have reduced their internal entry-level trainng resource, and would like to use their Levy more creatively to pay for additional qualifications, salary costs, bespoke ‘pre-apprenticeships’ and employability training, or upskilling their supply chain partners, but none of these are permitted within the rigid framework. There is a loophole by which employers can ‘upskill’ existing staff, which of course they would prefer to do, enrolling entry level recruits onto apprenticeships and getting rid of internal trainee schemes. Even this is harder and slower than expected. Though all new policies must be given time to embed, it is hard to see how the Levy in its current form will bring about the significant change in practice and culture required to open up jobs with progression opportunities to young school leavers or ex-offenders.

Another MRDA: in designing new apprenticeships policy and the Levy, civil servants have been accused of being risk averse, inflexible, and prescriptive. Well, they would be, wouldn’t they? Like military Generals, Whitehall public servants are always fighting the last battle. Since the Individual Learner Accounts fiasco of 2000, explained carefully and damningly in chapter 9 of Ivor Crewe and Anthony King’s The Blunders of our Governments, every official is terrified of naive employer training incentives which could be expensively – or criminally – exploited. They dream of systems so perfect that no-one will need to be good, rather than systems good enough that no-one needs to be perfect.

The question we need to ask is how to better incentivise employers to train the local young people or adults they need. This might include:

Automation and the ‘Productivity Puzzle’

When labour is cheap and plentiful there is less incentive to invent new or improved process. Picking fruit or vegetables, or washing cars, is unrewarding and hard work, yet there is little sign of innovation and in some cases progress is reversed (manned care washed are now common in city centres). Britain’s chronic productivity (18% below the OECD average, and 35% below Germany) is not explained simply (it’s hard to compare service economies with manufacturing economies; macro-economic policy since the 2008 crash has kept borrowing cheap, deliberately), but one explanation must relate to the gulf between ‘R’ and ‘D’. The UK has some of the most impressive and innovative companies, working in tandem with the best universities, leading the world in life sciences, in engineering, in artificial intelligence. They are working with colleagues across the world, as they should, but the breakthroughs they make – in speeding up processes to convert heat to power, for example – are taking decades to become the norm. We have a long tail of ‘zombie’ companies, slow to adopt improved practices. It seems we excel at inventing but not at understanding what needs to be done to implement quickly, at training or retraining people to adopt new skills.

As a final aside, one last MRDA. The Big Tech billionaires, both here and in Silicon Valley, are promoting a Universal Basic Income as the only possible public policy response to the job losses expected as certain sectors and industries are increasingly automated. Well, they would, wouldn’t they? Rather than take responsibility for training or re-training the current or future workforce, or invest in research and development which in turn creates new jobs, it’s easier to argue for taxpayers and Governments to step in with a bribe.

A better, more ethical, more sustainable solution exists. Brexit should be the opportunity to focus all our attention on vocational education in its widest definition, on job creation, on training for more fulfilling jobs and careers, on productivity, and most important of all, on equality of opportunity.