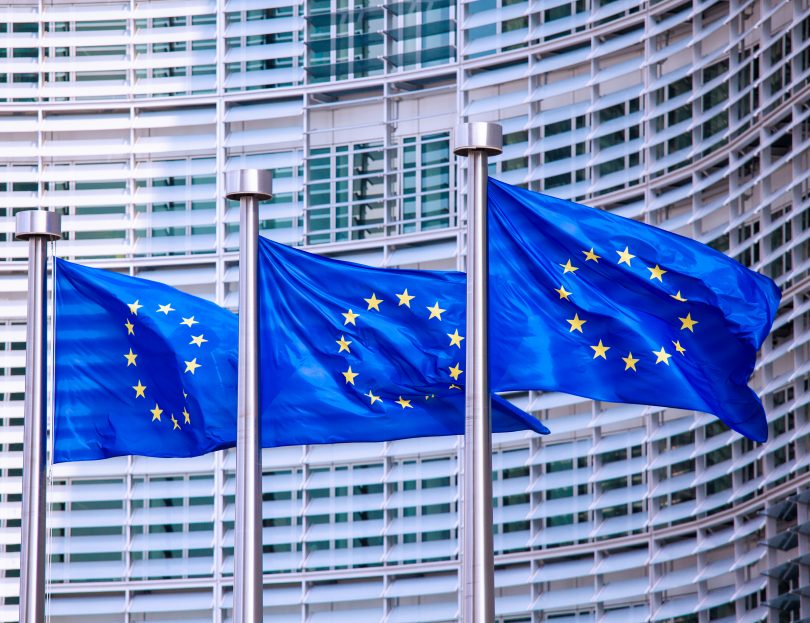 The evolutionary psychologist, Professor Robin Dunbar discusses the importance of trust in international affairs. He views the EU as too large and centralised to perform effectively. Its recent behaviour and attitudes, he says, are a clear sign that it has lost the flexibility to find compromise solutions to the minor and major problems that bedevil all organisations

Social life, and everything that follows from it – trading deals, mutual help and good neighbourliness – rest on trust, and trust alone. When trust is lost, the wagons are circled and suspicion of strangers rules the day. Trust is, however, a very delicate flower that depends on constant interaction between friends. Because trust depends on a meeting of minds, it is the one thing that large organizations really struggle with. Small communities and organizations are deeply trusting, but large ones become increasingly suspicious that their members are taking them for a ride. The result is invariably fragmentation into silos that don’t communicate with each other and wont cooperate – echo chambers that reinforce the beliefs of small cliques, mutual distrust and dysfunctionality.

Sadly, the history of our relations with Brussels, the very style of the Brussels bureaucracy itself, illustrates this only too well. Nowhere has this been more clear than over the Irish Question. In the last two months, it has become increasingly clear that the bureaucrats in Brussels neither understood nor cared about the Irish situation. With not a little encouragement from Dublin, they chose to see it as a bargaining chip – a means to spike the UK’s devious plans by firmly tying them into colonial status where they wouldn’t be able to undermine the sanctity of the EU.

Persuaded by self-serving interests Dublin that a hard border would result in a resurgence in (republican) violence, they failed to notice there was equal risk of fuelling protestant violence if there was any perceived threat of separating Ulster from the UK. They did not understand either the history or the subtlety of the political, religious, social and economic situation –and, sadly, they didn’t take the trouble to try to find out. Why should one need to? Politics is not about realities on the ground, but simply about le beau jeu of implementing abstract philosophical ideas, whether or not the peasantry like it.

In their desperation to retain control over their borders, they chose to ride roughshod over a century’s hard won, carefully orchestrated arrangements that enabled citizens of two sovereign states to travel, work, fraternise and trade in each other’s domains without let or hindrance, to have joint national sports arrangements (notably in rugby, Gaelic football and hurling – and, heaven forfend, even cricket!) as well as joint responsibility for maintaining the coastal lighthouses and other services.

It seems that the culture of distrust and suspicion that is endemic in Brussels meant that they dare not take the risk of being generous for fear of being fleeced by perfidious Albion.  This, remember, is a government – for that, in effect, is what it actually is – that spends much of its time taking its member states to court for petty infringements of its rules. Indeed, so deeply imbedded is this litigiousness in its mindset that a central court of arbitration was one of the first things it sought to set up – long before it wondered whether its citizens should be allowed to vote (in a purely advisory capacity, of course….) on how they were administered. This is government by force majeure, not government by persuasion, top-down rather than bottom-up democracy.

It is the bullying tactics we associate with the authoritarian regimes that we usually decry with such exasperation and headshaking. The small nations are browbeaten into behaving properly. Remember the Greek “Bailout”? We witnessed it again in the absurd threat to effectively close the Irish border just in case any COVID vaccines from Belgium and Holland (that they were conspicuously failing to manufacture anyway) might be sent all the way around the outside Britain to Ireland and so get smuggled into the UK. No actual harm done to any citizens yet (after all, they hadn’t even approved the vaccine in question for public use), but still. It’s the gunslinger’s shoot-first-and-think-afterwards response.

We see this reflected in response to the current to the disruptions to Northern Irish trade with the UK: it isn’t working, shelves are empty, people aren’t receiving parcels they should. But no matter. Inconvenience of the populous is less important than applying the rule with religious zeal. Since the committee set up to discuss problems cant or wont focus its mind, and time is running out, the UK proposes the obvious solution, namely delay the introduction of full customs procedures – not cancel them entirely, note – for a few more months to allow them to bed in properly.

The response from Brussels? To initiate legal action for a breach of a treaty that hasn’t actually been breached, never mind in the future. And all this reinforced by a PR campaign based on the assertion that it is all the UK’s fault for leaving the EU in the first place, and (sotto voce, of course) if their people suffer, so much the better.

No flicker of any recognition that the UK might have left the homely confines of the EU because it was dissatisfied with the latter’s direction of travel or style of governance. No sense that dangerously large swathes of its own citizens are resentful of the we-know-better-than-you-plebs-what’s-good-for-you apparatchiks, comfortably isolated from the cake-eaters in their Versaillean Palaces. If Brussels was a business, it would be vilified in the consumer columns of the press for the way it treats its dissatisfied customers. If someone is that dissatisfied with your products, you’d best find out why – and quickly, lest others begin deserting in droves.

The problem, of course, lies mainly in the organization’s size. Any organisation that grows beyond a certain threshold size faces severe structural problems. We see it in businesses (remember Dieselgate, or the collapse of Thomas Cook – once one of the most successful companies in the world, trading for over 200 years but ultimately brought down by too many acquisitions that left it all but ungovernable); we see it in religions (the way the Rev Moon’s Unification Church began to break up when it tried to manage its expanding empire top down from its Korean HQ); we see it in politics in the historical collapse of empires from the Hapsburgs to Moscow that tried to dictate from the centre. Top down management doesnt work, never has worked and never will work.

In reality, the only solution is a form of structured federalism in which the constituent units are trusted to manage themselves in a fair and civil way. The United Kingdom is organised that way, as were the Roman and British Empires and it largely accounts for their respective longevities and the fact that they didn’t end in revolution and structural collapse.

Will Brussels ever aspire to that? Not its present form. Its recent behaviour and attitudes are a clear sign that it has lost the flexibility to find compromise solutions to the minor and major problems that bedevil all organisations from the parish council to the largest of our multinationals.  The bigger the organisation, the less flexibility it is – the more hidebound and moribund it becomes, the more rule-bound and lacking in trust in its constituent parts. The inertia in the system is such that turning the Titanic around will take generations, not the years needed for an agile organization. Louis XVI and his consort will still be offering cake or the Bastille to the sans culottes as their palace crumbles about them. Give a bit now to gain more in the long run is not their style.

Does one want to have dealings with neighbours so lacking in trust that they want to ringfence themselves from the outside world for fear they might be robbed? Or who are willing to steal other people’s paid-for vaccination shipments because they were too sluggish and idle to get out of bed and do something about it for themselves? Does one really want to be ruled, directly or indirectly, by this kind of government? I leave you to judge.

[Robin Dunbar’s latest book Friends: Understanding the Power of Our Most Important Relationships was published on 4th March.]