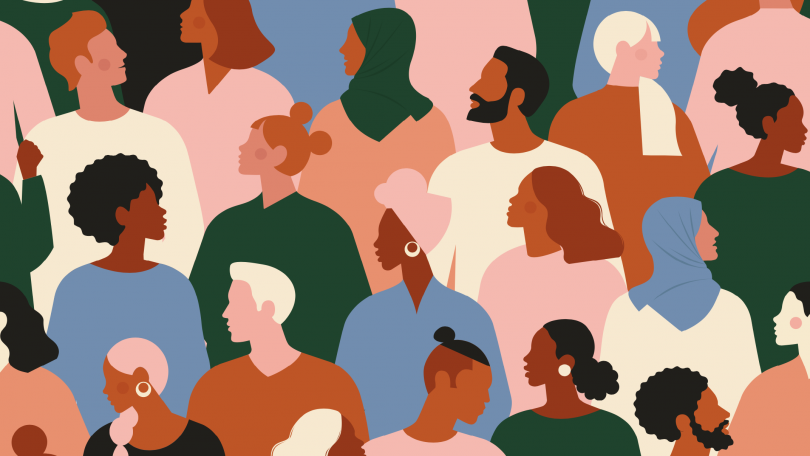 The determination on the part of our senior mandarins to drive the woke agenda in their departments in opposition to government policy begs a range of questions. But one thing is plain: if civil servants are intent on engaging in identity politics, they cannot be impartial.

Many of us who joined the Foreign Office during the Cold War era did so to support the cause of freedom against tyranny.  We firmly believed that promoting democracy, tolerance and free speech would help to heal divisions and create the conditions for peace.  The idea that those core values might ever come under threat at home simply never occurred to us.

The attempt by large chunks of the establishment to thwart the democratically expressed will of the UK population over Brexit came as a profound shock to those of us who thought ‘it can never happen here’.  It took not one, but four national votes finally to get Brexit over the line.  There were many strands to the great Brexit debate, but one was very definitely about power – and where it is vested.  Brexiteers were – broadly speaking – bottom up; placing their faith – as Edmund Burke put it in the 1790s – in ‘the wisdom of unlettered men’.  Remainers were dismissive of what they chose to label as ‘populist’ democracy and were aligned with the top-down political traditions of the continent and the confidence of the EU in the fitness of unaccountable technocrats to make the right decisions on our collective behalf.

For most people, the sense is that Brexit is now done and it is time to move on.  But is the Brexit-related power struggle – both at home and abroad – we have endured since 2016 really over?  The short answer, sadly, is no.  Lord Frost and his team are doing a brilliant job of trying to move the UK and EU into a new, constructive relationship of sovereign equals.  This has not been straightforward.  In particular, the EU’s determination to exploit the Northern Ireland Protocol (NIP) to drive the UK into the EU’s regulatory orbit is, frankly, dangerous as well as counterproductive.  The NIP is now the subject of constitutional litigation.  Whatever the ultimate outcome of this might be, there is a strong sense within the unionist community in Northern Ireland that a change of their constitutional status has been imposed without their consent and that this contravenes the Good Friday Agreement.  While the Northern Irish issue is the most pressing in Lord Frost’s in-tray, there are plenty of other areas where tricky negotiations lie ahead.  The outcome of these engagements will define our post-Brexit relationship with the EU – and, indeed, the rest of the world.

While Lord Frost has his work cut out on the international front, can we now safely assume that the machinery of government is fully reconciled to Brexit and pulling firmly in the same direction as the government?  This is not an unreasonable question to ask, given the almost uniform opposition to Brexit displayed by senior civil servants in the aftermath of the 2016 referendum.  A low point came in August 2019, when Lord Kerslake, who headed the Home Civil Service 2012-14, proposed during a Radio 4 Today interview that the Civil Service should bypass the government in order to avoid a no deal Brexit.  He also spoke to The Guardian’s Polly Toynbee, who quoted him as saying: ‘We are reaching the point where the civil service must consider putting its stewardship of the country ahead of service to the government of the day.’

This notion that ‘stewardship’ trumps impartial service to the democratically elected government of the day is not something I remember being taught during my 29 years in harness to HMG.  My hope until recently was that this was a one-off product of the unique set of circumstances around Brexit.  But now the ‘stewardship’ democratic exemption clause has re-emerged; this time over the determination of our most senior mandarins to impose a woke identity politics-based agenda throughout the civil service.  In early June, the Home Office’s most senior civil servant was accused[1] of ‘attempting to “frustrate” the Government’s anti-woke agenda by telling colleagues there is no need to “slavishly” follow official policy…  Matthew Rycroft, the Home Office permanent secretary, said civil servants should accept government policy “on some issues” but on others “it’s for us … to be stewards”.’

Much has been written elsewhere about the extraordinary determination on the part of both public and private sector organisations to adopt wholesale the dogma churned out by woke activists.  In my last article[2] on this site, I made the point as a former diplomat who devoted many years to the cause of conflict resolution that identity politics – based as it is on deliberately fostering a sense of grievance and division within society – is destructive rather than constructive and, as such, cannot be the way to go.

No sensible person in this country wants anything other than a fair society that offers an equal opportunity to all.  But the data does not suggest that the UK is a hotbed of race and gender-based discrimination.  The Sewell Report published in March offered constructive criticism on the race issue, but also pointed to genuine grounds for optimism about our direction of travel.  Moreover, a 2018 study by the European Union (Being Black in the EU) found – based on the experiences of ethnic minorities – that Britain was the least racist country in Europe.

This all begs the question as to why this frankly disturbing and divisive woke ideology is getting such a high level of traction in our civil service.  Our senior mandarins are, after all, highly intelligent people – though, as we have seen both with Iraq and Brexit, they are all too vulnerable to the dangers of group think.  One is left with the suspicion that the imposition of woke ideology is less about ‘stewardship’ and more about politics and power.

I am writing this article because a number of public sector staff in various departments have expressed deep concern to me about the way identity politics is being imposed on them.   One senior civil servant told me recently that the Rycroft incident was indicative of a concerted political move on the part of senior civil servants to set themselves up in opposition to the present government.  At the same time, a strict identity politics culture meant that junior and middle-ranking officials were afraid that being seen to say or do the wrong thing would have an immediate and lasting impact on their careers.  The atmosphere at times was becoming positively Orwellian and freedom of speech was being effectively curtailed.  Woke ideology, meanwhile, was a wonderful vehicle for the highly ambitious and manipulative to manoeuvre themselves up the greasy pole without necessarily delivering the departmental outcomes expected by taxpayers and voters.

One distressed official has told me that from their perspective the senior leadership of the civil service was not put off by the publicity around the Rycroft incident.  Instead, they were doubling down in their determination to pursue an approach at odds with government policy: ‘It’s full steam ahead.’  This in turn suggests that chunks of the Remainer establishment have not yet reconciled themselves to the Johnson government or to Brexit.  Does this mean that some of our most senior officials are hunkering down for a long war: wait for Johnson to fail and then bring the adults back into the room and roll back Brexit?  Whatever the case may be, latching on so firmly to the woke agenda smacks of the kind of ideological power plays we once associated with our cold war opponents.

And the argument that the dogma we are importing with such enthusiasm comes not from Russia or China but from the US, hardly provides reassurance.  It is still not ok to go for broke on woke in the heart of our government machine without democratic consent.  ‘Identity politics’ is not about neutral ‘stewardship’, it is about politics.  The clue is in the word ‘politics’.  If our senior mandarins want to follow the US lead on identity politics, then they will need to face up to the corollary requirement to make our governmental system much more honest.  Just as in the US, we will need to move to a system in which senior officials become political appointees.  That will mean the loss of security of tenure at the most senior levels of the civil service.  Identity politics and impartiality are not compatible.