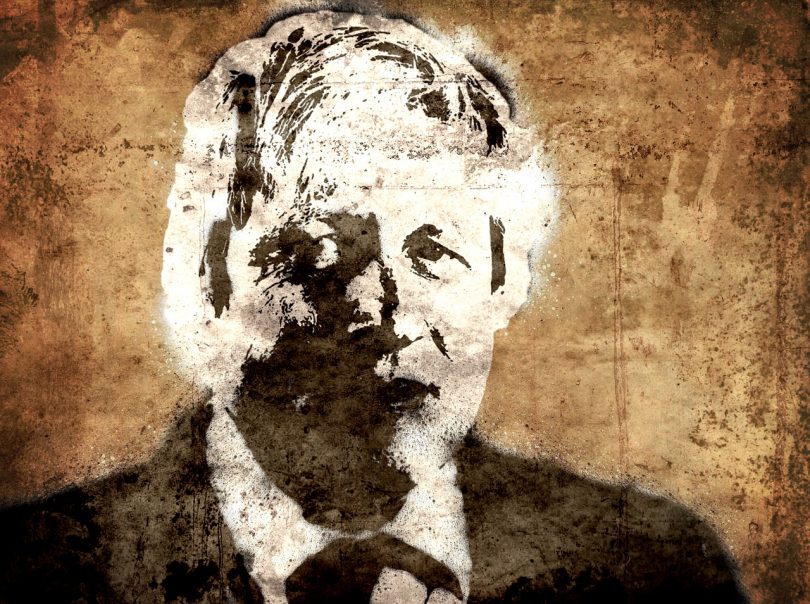 The PM is in serious trouble, much of it self-inflicted by ill-discipline and weak staff support at No 10. Left unaddressed these issues will eventually doom his premiership. For now, Tory MPs should reflect on the courage and vision shown in his policy agenda, on Brexit, free trade, the strategic pivot to Asia, social care and levelling up, tax rises to maintain fiscal credibility, net zero, and the vaccination programme and Freedom Day. With global tensions also escalating – Israel/Iran, Russia/Ukraine, China/Taiwan – it would be an act of political madness to now defenestrate the PM.

I am not going to defend the PM in relation to recent fiascos surrounding Christmas parties, financial donations, the Paterson/parliamentary standards affair and others. These have generated much public opprobrium, which while understandable also reminds one of Lord Macauley’s observation that “we know no spectacle so ridiculous as the British public in one of its periodic fits of morality”. Be that as it may, the operation at No 10 is clearly inadequate. It is odd that Boris can make inspired appointments to Cabinet and other key posts (think Rishi Sunak, Lord Frost, Kate Bingham at the Vaccine Task Force) but is unable to assemble staff immediately around him that are fit for purpose. The PM is especially vulnerable because he has made many enemies over his career. Having secured Brexit against all the odds he now has most of the Remain supporting establishment determined to bring him down as well, thus recalling Richard Nixon’s post -resignation remark that “I gave them a sword. And they stuck it in, and they twisted it with relish”. If he is to avoid Mr Nixon’s fate the PM urgently needs senior staff around him who can impose discipline and consistency and stop unforced errors. He also must be enabled/forced to delegate more as he is clearly and understandably exhausted and in need of support. If these issues are not adequately addressed – media reports suggest change is underway – his premiership will not survive until the next election and will not deserve too.

In the meantime, though, the PM can only be brought down by his own party. He has vociferous critics from all wings, and some are openly discussing just that. I would strongly suggest to rebellious Tory MP’s that they need to lift their gazes up from their navels and consider the bigger picture. Boris has only been PM for two and a half years, with much of that time consumed by bitter disputes over Brexit and the overwhelming impact of the Covid pandemic. Despite this a remarkable degree of change has been enacted or set underway.

Firstly, and most obviously, the mandate to “Get Brexit Done” has been fulfilled. It should not be forgotten how seriously the Brexit impasse was endangering the stability of the UK. It is difficult to imagine any other UK politician having had the will and capacity to cut this Gordian knot. For this achievement alone Boris is already a significant historical figure. Other post-Thatcher Tory PM’s are unlikely to trouble the history books much. Serious issues surrounding the N. Ireland Protocol remain to be resolved, but negotiating progress is being made. Any change in leadership at this point would only encourage the EU to harden its line again.

Brexit in turn has enabled a whole series of policy changes, which will over time transform our economy and society. Briefly, these include the following:

Recall also that it is only because of Brexit that the UK was able to diverge so successfully from the EU in our Covid vaccination programme. It was Boris that twigged that the NHS was never going to roll out the vaccination programme quickly enough. The appointment of Kate Bingham and creation of the Vaccine Task Force were inspired decisions, bitterly opposed by the Labour party at the time. That programme in turn enabled the UK to remove all Covid restrictions by mid-2021, leading to the UK being forecast to have the swiftest economic recovery in the G7 this year and next. This aggressive lifting of restrictions was opposed by the Labour Party and many scientists. Some of Boris’s Tory critics accuse him of pandering too much to lockdown proponents, but the UK has moved more than any other major economy to a policy of treating Covid as an endemic rather than a pandemic. Even now the main thrust of the response to the new Omicron variant is not more restrictions but an accelerated booster programme.

Boris also has many Tory critics of his economic policies. They object to tax increases, excessively high public spending and too much debt. These criticisms lack coherence and context. The 2019 Tory manifesto naturally did not anticipate the massive recession and consequent explosion of debt induced by lockdowns. It did include commitments to an ambitious levelling up agenda involving a large and well overdue infrastructure spending programme, and to resolve the decades long neglect of social care. The social care plan is far from ideal but real reform is now irreversibly on the agenda. Boris made the brave and correct call to continue with the spending increases implicit in these commitments. With large unplanned Covid-related spending the government was then faced with either abandoning its commitment to fiscal discipline or increasing taxes.  The choice to raise taxes is another brave and correct call, making the UK the only major economy with a credible post-Covid plan to restore fiscal credibility. The government also accepts the need to obtain value for money, particularly on health and social care, and has set up a powerful “Star Chamber” committee to regularly scrutinise all spending. This is much easier said than done, but the two ministers most involved, Sunak and Javid, are well qualified for the job. Projected state spending over the next few years is only marginally higher than the average of recent decades, and as the infrastructure spending programme and supply side reforms increase productivity the tax take can be reduced again.

One of the key supply side reforms is the drive for free trade. The PM has again shown political courage in overriding the strong protectionist tendencies that exist in the public sector, business and parliament (including in his own party). This has enabled FTA’s in principle with Australia and New Zealand, and just recently a digital trade agreement with Singapore. The latter received virtually no coverage in the media but is the first such global deal by any country and can thus serve as a template for future agreements. As the world’s second largest exporter of services the UK is critically placed to benefit from the leading role it is providing on digital and services agreements. Similarly, under Boris the UK has placed itself in the forefront of the drive for net zero. While this will cause problems in the short term, by getting in front of this megatrend the UK can be a massive long-term beneficiary.

Febrile Tory MP’s need also to consider the alarming deterioration in the global security picture, as described by the distinguished Daily Telegraph correspondent Ambrose Evans-Pritchard (“Yes the party was bad- but the West may be facing a war on three fronts”, Dec 9th). Russia has massed forces on the border with Ukraine. Israel is trying to persuade the US to help it destroy Iran’s nuclear facilities, now that Iran seems only weeks away from crossing the threshold required to assemble a nuclear bomb. China is increasingly menacing Taiwan and may be tempted by perceived Western weakness and its own mounting internal tensions to attempt an invasion. Is this really the time to attempt to bring down the Prime Minister of the UK, for errors which are infuriating but trivial seen in a broader context?

Heaven knows the man has his faults, but in two and a half turbulent years he has major achievements to his name and has shown courage and vision. It is too early to call time on the Johnson roller coaster.

Robert Lee is an economist and consultant.