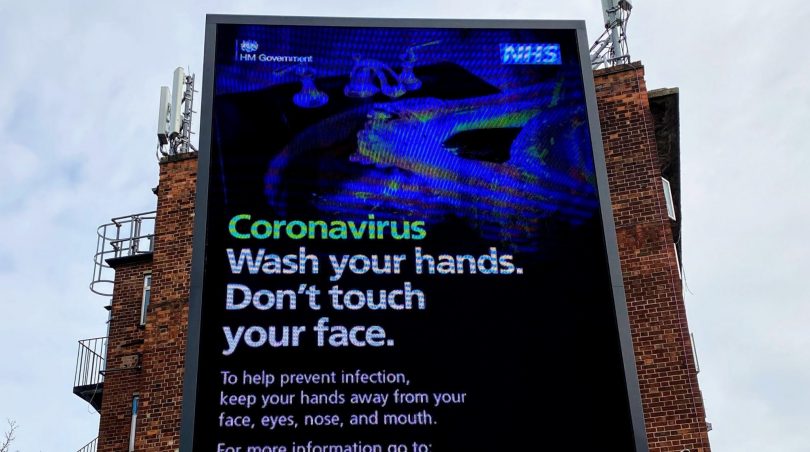 With its death toll apparently the highest in Europe the UK’s response to the Covid-19 pandemic has been widely criticised. Serious mistakes have been made, but much of the criticism is premature, unbalanced and based on misleading data. The UK’s economic policy response has been sure-footed. The UK economy may suffer less and recover better than the EU and the US. The EU is now under existential threat, while the US risks high inflation.

The UK was always a prime candidate to have one of the highest death tolls in Europe in any global pandemic, due to the following:

*London is by far the largest city, and the most globally connected, with 9m people compared to 3,7m in Berlin, the next biggest city. Big global cities are particularly vulnerable to pandemics – London has had the most deaths of any UK region, with a death rate 75% higher than in the rest of the UK.

*Before the crisis the UK had amongst the lowest critical care beds per head of population. Yet the NHS has not at any stage been overwhelmed by the inflow of Covid-19 patients, as occurred at times in Italy, Spain, France, and New York.

Media and political criticism rarely mentions these basic but crucial facts, which alone make the UK’s relatively high death toll predictable. The media also often confuse death rates with overall death numbers. On currently available data the UK does NOT have the highest death rate in Europe. Measured as number of deaths per head of population Belgium has by far the highest death rate at 730 per million, while the UK’s 433 per million is also below that of Italy (483) and Spain (540).

The UK lists Covid-19 as a “notifiable disease”, so that anyone who dies WITH Covid-19 is counted as a Covid-19 death, whether the patient actually died OF Covid-19 or not. Other countries may be recording such deaths as pneumonia or other respiratory disease cases. The UK Covid-19 death data now includes deaths in all settings and not only in hospitals. Not all the Covid-19 data from other countries is compiled in this way. France for example does not yet include home deaths. Many Covid-19 related deaths in Spain outside hospital are not counted in that toll because of very limited testing. No wrongdoing is implied, but this illustrates the complexity of international comparisons – a point made by eminent statisticians but widely ignored by critics.

Such comparisons are in any case very premature. This pandemic has many months to run. Many critical decisions are still to be made and the consequences of previous decisions still to unfold. The UK was slow in instituting the lockdown, and building up testing capacity, but its strengths in medical science – and its collaborative approach to the global search for treatments and vaccines – might mean it fares better in the next phase. Italy, Spain, and France adopted more draconian lockdowns than the UK, backed by more severe enforcement. The longer term negative impact of these measures on the economy and on public health might be worse than in the UK. Only time will tell. Health scientists agree that the key metric in international comparisons is “excess mortality” – the extent to which deaths from all causes are higher than would be normally expected over the course of the pandemic as a whole. This data is calculated according to international standards, but will not be available for many months yet. As time progresses though, the economic outcomes of the pandemic seem likely to prove increasingly crucial.

As an economist I now move onto my own territory (though noting marked similarities between economists and health scientists – both peddling unreliable forecasts derived from dodgy models and riven with dissension!).  The UK’s economic policy response – given the scale of the challenge – has been sure-footed and rapid. A notable feature has been the close policy coordination between the Treasury and the Bank of England (BoE). No damaging territorial rivalry there. Economic policy needs to achieve a delicate balance between two broad objectives:

*Ensuring that viable businesses survive, enabling the economy to retain the production capacity, skill base and infrastructure needed for recovery.

*Preventing the rise in state spending and debt from permanently damaging the economy’s growth capacity and causing a major increase in inflation.

To meet the objectives these emergency measures need to be either time limited or self-liquidating. Policy must accept that significant numbers of jobs and businesses will not survive, and allow rapid adjustment to drastically changed circumstances. This will enable the future growth needed to keep debt within sustainable levels. It is clear that the Chancellor gets all this. The programmes are very large in scale but not open-ended. There is an emphasis on loans rather than grants. The job furlough scheme is to made more flexible and gradually less generous, to limit fiscal damage, encourage return to work and avoid sustaining “zombie” companies. He has refused to budge from a maximum state guarantee of 80% of loans to larger businesses, refused a bailout for the airline industry, and given substantial help to promising start-up companies. He will not countenance the very high risk and open-ended policy of a universal basic income. The BoE last week warned of a very severe short term downturn but did not extend the QE programme. It has wisely set its face against the counter-productive ECB policy of negative interest rates.

There will be a huge fall in GDP in the second quarter, but the bottom may have already been reached. There are signs – rising energy usage, increased road traffic, re-opening building sites – recovery has already begun. The scale and rapidity of adjustment in some industries has been extraordinary – the gearing up of domestic production of ventilators and PPE, increasing home deliveries and takeaway services, a speedy end to supermarket shortages. I expect the initially dire Q2 GDP estimates to be revised up as the statistics catch up with new forms of activity. Increased cooperation between the public and private sectors has achieved amazing results in the health field. The crisis has sparked highly effective deregulation in key areas. These can be models for future growth as we leave the smothering embrace of the EU at the end of the year. It is clear that the UK is not bluffing when it rules out an extension to the transition period. This all bodes well for recovery prospects in 2021.

The EU’s economic policy response has been a shambles. There has been no coordination between fiscal and monetary policy. The ECB wanted fiscal policy to be the main form of stimulus. The wealthier northern nations have enacted major fiscal support for their economies. However, the unsustainable debt burdens of the so-called PIGS group (Portugal, Italy, Greece, and Spain) have severely limited their capacity to do this. Even so, collapsing revenues will mean their debt ratios soar still further and their banking systems become hopelessly insolvent. The ECB clearly hoped the EU would move decisively to a Fiscal Union. The PIGS, supported by France, called for the issuance of EU-backed Corona bonds to fund financial assistance to them without adding to their national debt. The German-led group has flatly refused, instead offering conditional loans (in inadequate amounts) that only add to their debt piles – the same counter-productive medicine as in 2008-09.

The onus was thus forced back onto the ECB, which then began large scale buying – already £1.8 trillion – of PIGS debt, particularly that of Italy. This is in essence an attempted back door bailout of Italy, but even that route is now being shut off. The German constitutional court has ruled that the ECB has exceeded its legal mandate by straying from its monetary remit into broad economic policymaking. The Court instructed the Bundesbank to end participation in the programme, and draw up a plan to sell the bonds already bought. Most economists agree that monetary union cannot survive long term unless backed by a strong degree of fiscal union. If Germany (and its satellites) will not countenance moves to fiscal union now it is clear they never will.

Can Italy tolerate this much longer? The Italian economy was gravely weak heading into the pandemic and the severity of its lockdown – unaccompanied by significant fiscal support – is causing unimaginable stress.  The other PIGS are also severely afflicted, though less so than Italy. Italy’s only hope of recovery is to escape from its EU debtor’s prison through a programme of default, devaluation and internal reform. The EU will survive Brexit but it won’t survive Italexit. This looming EU crisis is another compelling reason for the UK to exit the transition period on schedule. Very large additional payments into the EU budget and future EU rescue packages otherwise await us.

Unlike the EU the US has seen a marked degree of coordination between fiscal and monetary policy. However, the degree and nature of the US stimulus package risks a major increase in inflation. The numbers involved are staggering. The US budget deficit may reach 20% or more of GDP in the next few months. The federal debt to GDP ratio could exceed 130% – close to Italian pre-crisis levels. Congress has passed a $2 trillion plus package of financial assistance with more to come. The US entered this crisis in a weak fiscal position, with a budget deficit of 5% of GDP and a debt ratio already above 100%, due to President Trump’s imprudent 2017-2019 pro-cyclical policies. In addition US “baby boomers” are now starting to draw down federal pensions and increasing their use of the Medicare system in large numbers. Unlike the UK the US has made no effort to raise pension ages or otherwise constrain future entitlements. The US fiscal position is a time-bomb.

The monetary numbers are equally mind blowing. US M3 broad money supply growth rose in the three months to March by 22.4% at an annual rate. This is before the full Fed rescue package got underway. Monetarist doctrines have long been side-lined, but there remains a strong long term correlation between broad money growth and growth in nominal GDP. Shocking economic data will mean the Fed keeps its foot firmly on the accelerator, so US money growth is likely to stay at dangerously high levels for many months. Inflation will remain low for some time yet, held down by extreme economic weakness and very low oil prices. However, I expect inflation to be rising sharply later next year. In addition to massive money supply increases, inflation will also result from crisis induced trends towards de-globalisation and protectionism. The oil price also seems likely to recover sharply in 2021. Huge oil supply cutbacks will occur in response to current low oil prices, while oil demand will recover as economies rebound. Recent credible geological research shows that US shale oil (and gas) production, much of which has been financed by the now decimated junk bond market, is particularly at risk.

UK inflation is also likely to rise somewhat over the next two years, but far less so than in the US. The UK’s fiscal position pre-crisis was stronger, with a budget deficit around 2% and a debt to GDP ratio of 80%. The UK fiscal and monetary packages are less extreme and better designed and the UK can offset some of the inflationary effects of de-globalisation by securing Free Trade Agreements post the transition period and by using increased regulatory freedoms.

Robert Lee is former Chief Economist, Board of Executors (South Africa), an economic consultant (UK), and a private investor.