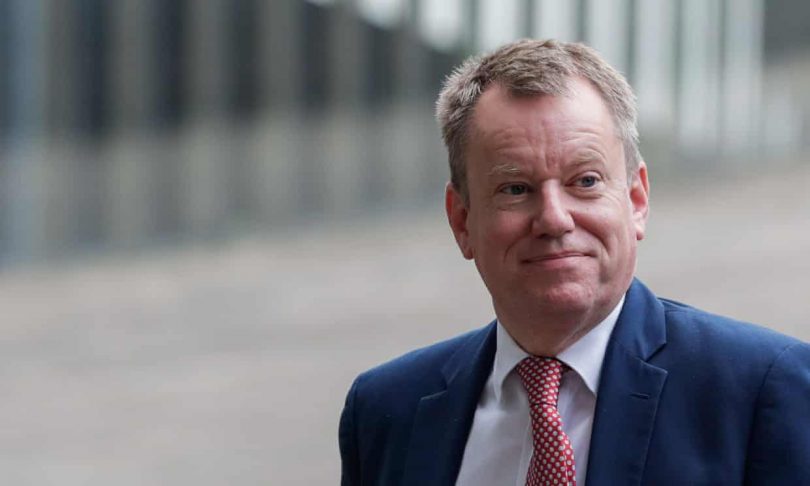 We at BfB greatly regret the resignation of David Frost and thought readers might like to see this appreciation of his role in securing a Brexit deal, written by one of his close colleagues in the Brexit negotiations, Deputy Chief Negotiator, Oliver Lewis.

Let’s start by getting the obvious points out of the way: yes, David Frost’s resignation is a blow to the Government and to the Conservative Party. And yes, his resignation raises very serious questions about where Number Ten goes from here. For those of us who went into Downing Street with Boris Johnson in 2019, it is particularly sad to see one of the last of the original team leave – in many ways, it feels like the end of an era.

On the ongoing EU negotiations, the Prime Minister and Foreign Secretary will now need to decide whether to continue the path that Frost took, or if they wish to listen to those who now call for a different direction. It’s a vital decision – but, for now, it is worth pausing to raise a glass to the Baron Frost – the person who, more than anyone else, ‘Got Brexit Done’.

I should start this piece by declaring my interests: as well as serving as the Deputy Chief Negotiator under Lord Frost throughout 2020, I also count ‘Frosty’ as a close friend and confidant. When it comes to him and his role, neutral I ain’t.

In many ways my relationship with him is an odd one. Had you told me five years ago, when I was the Head of Research for Vote Leave, that David Frost would be the champion who would emerge I would have probably said something quite disparaging about the ‘Scotch Whisky guy’.

I was first properly introduced to Frosty in 2018, when he was presented to me as ‘the secret weapon’, the person who would solve the Brexit crisis.

I was unsure: could we trust a former career mandarin? How could this diplomatic corps smoothie be the person we were looking for? But it became clear very quickly that this was someone with serious intellectual heft – someone who had spent years thinking about, and advancing the Eurosceptic cause.

Our meetings revealed that Frosty had been the agent inside Whitehall that I didn’t even know we had – fighting the good fight behind the scenes. And, critically, he was someone who was willing to take steps to secure Brexit by any means necessary – the old Olly Robbins niceties and imperatives would be discarded.

The results speak for themselves – suddenly the restraints that the EU had forced us into disappeared. Throughout the May era, we were told that the only way to achieve Brexit was to accept a Sophie’s Choice between the severing of the United Kingdom via the acceptance of the so-called ‘backstop’, or to have ‘Brexit in name only’ and accept EU control over huge swathes of our national life.

After we left, our critics told us that the only way to get a trade deal was to accept a set of extensions to the transition period.

Finally, the critics said – as they had for half a century – that the only way that we could trade with the EU was to accept the supremacy of EU law.

There’s no doubt that Frosty didn’t see his job as avoiding awkwardness. A firm ‘no’, long stare to the side and a clenched fist to the mouth became the warning signs to the EU side that their efforts to get us to budge from our red lines would go nowhere. It was an approach that paid dividends, as eventually the Commission President emerged to take control from a broken Barnier (effectively replacing him with the far-more-competent Stéphanie Riso).

Frosty was willing to play tough. He was willing to go for ‘No Deal’ – so much so that senior EU officials would sneak to see us saying that they believed that we were more radical than the Prime Minister.

Second, he was willing to use unconventional tactics, such as the UK Internal Market Act – a tool that enraged critics, but directly led to a set of deals that transformed the Northern Ireland situation for the better.

But, at the same time, he was also able to move. We would spend hours persuading the Prime Minister that conceding on certain things was in our interest. Always tricky, but in my view, we made the right calls.

And at the heart of that team was Frosty – day in and day out he was able to bring order to the hundreds of different issues of the day, giving clear and consistent instructions in daily meetings, while giving his team a considered set of principles for how to conduct the negotiations. His recent lecture will be a key source for future historians of this period, and in my view should also be a reference point for students of conservatism.

This commitment to fundamental principles is why, ultimately, he had to go. He set out his concerns clearly in his resignation letter, and they are echoed by others in Government. For Frosty, as for many of us, Brexit was a means to an end – as he said in a recent speech: ‘What Brexit means for the future is dependent on whether… we can liberalise, free up, create competition in our own market, create the conditions for innovation and productivity growth.’

We may have taken back control, but there is – despite the great work of some MPs – precious little sign that the necessary next step is happening (with the notable exception of vaccines, where breaking away from the EU model and adopting an innovative management approach paid clear dividends).

During his time last year, Frosty managed to demonstrate that the Protocol wasn’t working as intended: the EU’s recent concessions on this point evidence of how he has reframed the debate. There will be cheering in Brussels that such a hard and accomplished negotiator has now left the table. Number Ten urgently now needs to set out what happens next – all eyes will be on Liz Truss, his replacement. But whatever decisions are made – on this or any other matter – they will be decisions that we will make for ourselves. And it is Frosty, more than anyone else, who made sure that is the case. Here’s to him – a patriot, and the man who ‘got Brexit done’.

This article first appeared on the Conservative Home website and is reproduced with their kind permission.

Oliver Lewis CBE was Deputy Chief Negotiator under Lord Frost, and is a former senior adviser to the Prime Minister.

Oliver Lewis CBE was Deputy Chief Negotiator under Lord Frost, and is a former senior adviser to the Prime Minister.