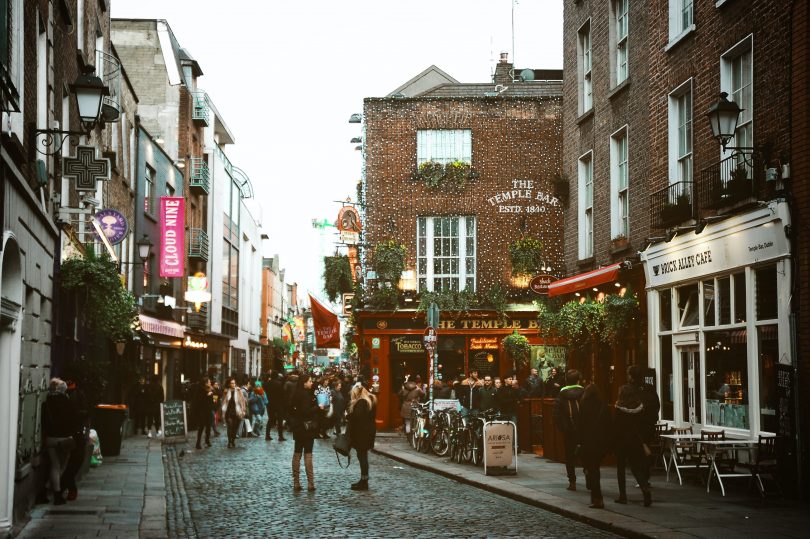 In this fine review of an important new book, Ireland and the EU Post Brexit by Ray Bassett, retired Irish civil servant Michael Clarke writes that the key Irish decision was the refusal to work with the UK on border issues and to put Ireland’s future in the hands of the Brussels institutions, the very people who inflicted so much damage on the Republic and its people during the bailout. It was a misjudgement of epic proportions.

Ray Bassett’s book Ireland and the EU Post Brexit is a shot in the arm for anyone in Ireland who is concerned about the direction of our European policy, but will also be welcomed in the UK, which bore the brunt of some extraordinarily ignorant and vitriolic comment from Irish sources during and after the Brexit referendum. If such commentary had been made in reverse about Ireland by British commentators, it would, as Bassett points out, have been condemned in Ireland as racist. Bassett’s book demonstrates that there are many Irish people who are deeply concerned about our direction of travel as far as the EU is concerned but reminds us that when the people of Ireland twice declined to approve EU treaties their decisions were rejected by the Governments of the day. The EU and democracy don’t go hand in hand.

One of the most extraordinary features of Ireland’s membership of the EU is the amnesia of the establishment today about the way the Republic was treated by the European Commission and the European Central Bank during the Great Recession in contrast to the assistance provided by the Irish diaspora, which Bassett describes in passages that are very moving. UK readers of the book will note the assistance provided by Mark Carney, a member of the diaspora, when he was Governor of the Bank of Canada. UK readers might well ask themselves how a country with a history of fighting for its freedom rolled over, like a puppy, in the face of intimidation, bullying and downright aggression from the EU and from its institutions. The reason is this: the Irish political class and the Irish establishment generally cannot admit to some very bad policy decisions on Europe, in particular the decision to join the euro, the worst policy decision made by the Irish State since 1922, as to do so would invalidate their whole lives and careers.

It took great courage on the part of Ray Bassett to write this book as the Republic is effectively a one-party state without concentration camps (people are sent to a very nasty purdah instead). We have never had a real change of government since 1922. Every head of government has been a conservative. That does not make for healthy politics.

Part I covers the background and reason for the book and why the author, a former Irish ambassador, felt he had to step out of the shadows to write it. That is never an easy thing for a retired civil servant to do and is an exceptionally difficult thing to do in a state that is very intolerant of criticism in certain areas of public policy. As Basset points out, when he began writing for Ireland’s (Sunday) Business Post, efforts were made behind the scenes by well-known figures to prevent his articles being published because he opposed Government policy on the EU. That might strike a British reader as outrageous but it is par for the course here. I was surprised and delighted that he managed to get anything published but he did, and slowly but surely some of the arguments he made were picked up by other journalists. I should mention here that one of the benefits of Brexit (for a seriously weakened culture of democracy here) was that the debate for and against the EU raged in the British media, which are all consumed here. Indeed, for people here under the age of perhaps forty or fifty, the Brexit debate was the first time they had ever been exposed to any level of meaningful and sustained debate about the pros and cons of EU membership. It is not uncommon to meet people under a certain age in the Republic who have never heard a euro-critical word in their lives. Literally, never. No wonder the establishment reaction was so extreme.

Europhilia of the Irish Elite

Part I also covers the infamous bailout, the Northern Ireland peace process, and the British-Irish relationship (our most important by far). The latter two were sacrificed to the euro-philia of the Irish elite. The latter had to decide after the Brexit referendum in the UK where its best interests lay. It opted for Brussels without any debate, any green paper, any white paper, all in flagrant disregard of our obligations to the peace process and the British-Irish relationship as set out in the Good Friday Agreement. The key decision was the refusal to work with the UK on border issues (until very late in the day) and to put our future in the hands of the Brussels institutions, the very people who inflicted so much damage on the Republic and its people during the bailout. It was a misjudgement of epic proportions.

Part II covers the Republic’s attitude to European integration (going back to the 1950s); how that position changed, particularly after the UK decided to join the then EEC in the 1960s; our business model, including our low rate of corporation tax and other dodgy practices in the area of taxation; Ireland and the euro, the most spectacular of own goals and, like our response to Brexit, embraced without a green paper or a white paper or, as far as I can recall, even an inter departmental committee; the democratic deficit represented by the EU (which UK readers don’t need to be reminded of); and Ireland and ever closer union.

Part III begins with a subject close to my heart, namely the EU propaganda machine in Ireland, something of which the Irish public is largely unaware. This is one of the most important chapters in the book and it is a subject that Irish academics need to focus on, razor-like, in the interest of Irish democracy. There is of course a powerful pro-EU lobby in Britain also, which put up a hell of a fight to reverse Brexit (a fight that will, I suspect, resume if Labour wins the next British general election) but in a large society like the UK it is not possible for a propaganda machine like Brussels to have the same influence there as it has in Ireland. The author sets out his conclusions in the last chapter of Part IV, which stress the importance of Ireland breaking free from group think and taking a long hard look at our European policy. It is a sad commentary on the health of Irish democracy that such a call should be necessary after the crisis of 2008 and how we were treated by Brussels at that time, but it is.

The Epilogue is a brilliant portrayal of Ireland’s Foreign Ministry as I remember it. The cosmopolitan staff, the disdain for the people, the contempt for the results of referenda and the professed belief that what is good for Europe is good for Ireland are in reality a reflection of a deep level of insecurity. Establishment types act as if they know it all, but in reality they run scared of the least thing. Their whole lives, their whole sense of self-worth, is tied up with staying in with the right people. Their efforts to portray themselves as something they are not is by times embarrassing, by times amusing and by times infuriating. It is, at all times, however, damaging for the country. Diplomats in other countries are not, in any way, in awe of the EU as many of our diplomats, and those of some other smaller Member States, appear to be.

Ireland and the EU Post Brexit is a very good and important book and a thumping good read.  I am enormously pleased that Bassett has written it and I again salute his courage in doing so. I hope he updates it to take account of the coronavirus and how it has caused the Member States of the EU to realize, after a long period of denial, that their first obligations are to their own state and their own people. I suspect the EU will never be the same again.

Michael Clarke is a former civil servant in Ireland’s Department of Enterprise, Trade and Employment.