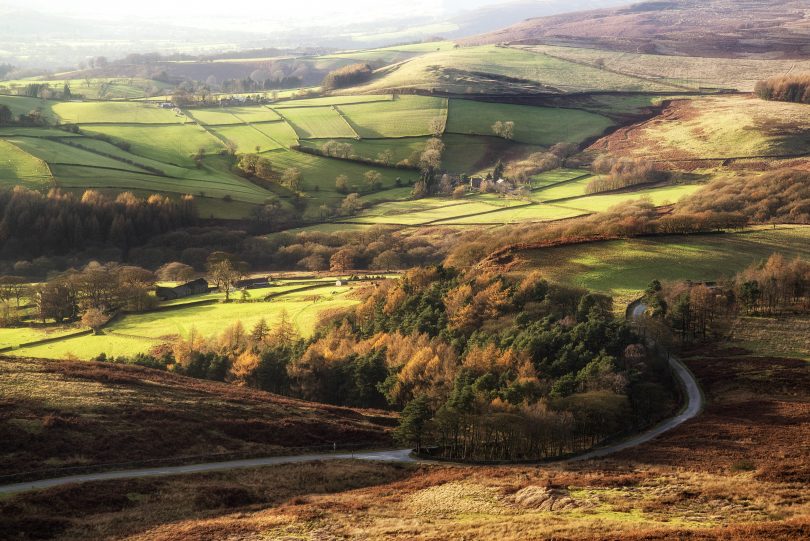 The long threatened hard line on the Irish border taken by the Irish Prime Minister has now emerged as a key break point in the Brexit negotiations.

The long threatened hard line on the Irish border taken by the Irish Prime Minister has now emerged as a key break point in the Brexit negotiations. Taoiseach Leo Varadkar made it clear last Friday in a Sky News interview that Ireland will veto next month’s potential move to trade negotiations unless he is given written assurance of no hard border between Northern Ireland and the Republic of Ireland. Both he and the EU have clarified that this means no physical infrastructure at the border and no regulatory divergence between Northern Ireland and the Republic.

The Republic of Ireland faces real difficulties over Brexit and views it as an unnecessary imposition by a UK which is unfeeling about Irish interests. Like some other EU governments and institutions, the Irish Government has little time for the argument that Brexit is the democratic will of the UK people. Bashing the Brits never loses votes in Irish elections and the threat of an imminent election in Ireland hardly helps matter

The Irish Government and northern nationalists have made much of a re-imposed border as a threat to peace. Former British Prime Ministers, keen to preserve their legacies over the Good Friday Agreement, have contributed to this, and the British and Irish media have been happy to accept this view with little question. The EU are also easily impressed. No one wants to be blamed for re-igniting the Ulster Troubles. Virtually no-one has spelt out who exactly would threaten violence, although Lady Hermon, Independent Unionist MP for North Down, and widow of a former Chief Constable of Northern Ireland, is rightly passionate about avoiding putting police lives at risk in defending border posts. This why the UK Government wishes to avoid border posts, and instead use electronic controls, including number-plate recognition technology. If necessary, such technology could be installed away from the border.

Sinn Fein has said it has no intention of returning to violence on this or any other issue. The threat to violence comes from dissident republicans whose number is small but could swell. At present their activities are relatively well contained by the security forces on both sides of the border, greatly helped by a high level of inter-agency co-operation. The UK government is anxious to avoid high-profile border infrastructure that might present an obvious target, but we should remember that a border already exists. As well as a currency border, differences in excise duties result in periodic bouts of fuel and tobacco smuggling. Such smuggling provides funding for republican paramilitaries, and has in the past greatly damaged legitimate fuel retailing, and hence requires a constant need for border surveillance by customs officials and police.

Varadkar’s ire is misplaced. His real problem is with Brussels which insists on maintaining the EU’s ‘legal order’ including full maintenance of border security on trade. The UK, in contrast, is relaxed about trade controls. It is on the Irish side of the new EU border that the problem arises. It suits both Ireland and the EU27 to point the finger at the UK since they both view Brexit as an unnecessary interruption to existing harmony. It also suits Brussels to have levers to slow down the movement to stage two talks, and inter alia to squeeze more money out of London.

In practice, the Irish Border is not the insuperable problem it has been made out to be. Since no controls on personal movement are being proposed, most individuals on both sides of the border will be relatively relaxed, and in this sense the border issue is now largely confected. The UK Position Paper on the Border lays out satisfactory arrangements for almost any outcome on trade. These include electronic surveillance, trusted trader rules, exemptions for small firms and individuals and means of preventing third country imports abusing these arrangements. Characteristically, these UK constructive suggestions were met with derision on the EU side, and by Varadkar’s overturning of his predecessor’s decision to begin work on electronic border technology.

The UK proposals will need fleshing out, and as it happens the Good Friday Agreement provides the institutional framework for the British and Irish to work together on this. The North-South Ministerial Council was, along with the Northern Ireland Assembly, the key body of the Good Friday Agreement. Its opening meeting in Armagh involved so many limousines that one journalist described it as resembling a ‘mafia wedding’. Although the NSMC was designed to deal with such issues, the current lack of a Northern Ireland Assembly, and hence Stormont ministers, presents an impediment. Ireland would need to agree that the British government ministers, currently de facto administering Northern Ireland, could stand in. Irish arguments that a range of NSMC decisions on cross-border co-operation depend on mutual membership of the EU, looks like making surmountable technical difficulties into an impasse. Not for the first time Varadkar’s grasp on the meaning of the Good Friday Agreement seems weak.

Whatever the institutional context, the Irish Government needs to sit down with its British counterpart to work out how to arrive at the light border which both sides desire. Since the British Government, and its DUP supporters, are sincere in their desire for a minimal border, it should not be impossible for the Irish to accept detailed negotiations in place of its veto. Having pressed the nuclear button, Varadkar will need something he can portray to his electorate as a ‘win’.  To help on this the UK government, backed by the DUP, could offer regulatory convergence on issues like animal health and welfare, food safety and phytosanitary regulation.

Northern Ireland already has high standards on food safety and animal health and welfare and will need to keep up with changes in EU regulations to maintain its exports to the Republic of Ireland and other EU27 markets. This should include an offer to strengthen controls on animal movements between Great Britain and Northern Ireland. Although a border on the Irish Sea is a neuralgic issue for the DUP, controls on animal movements are already in place, for instance for rabies control, and have from time to time been tightened during outbreaks such as foot and mouth. They introduce no new matter of principle and would attract wide support in GB and among Northern Ireland’s farmers and food producers. Senior Labour Party figure Lord Witty has already suggested this way forward, although in his case within a general phase two settlement of border issues rather than to break a phase one logjam..

The veto threat can be met with soft words to Ireland and a repeated desire for genuine co-operation on achieving a largely invisible border. Beyond this there is little to offer, and Varadkar’s apparent plan to force the UK, or at least Northern Ireland, to remain within the Single Market and Customs Union looks, to coin a phrase, like ‘magical thinking’. The UK has already been generous in gold-plating the rights of Irish citizens in Britain, not to mention the huge financial help offered to Ireland during the banking crisis. All of this seems to have counted for little.

The new Irish hard line does though provide an opportunity to reassess the UK’s wider approach to the Brexit talks. A tough stance from Brussels on money, now exacerbated by the Irish threat, requires a counter threat from the UK side. A key point is that the economic disadvantage of no deal on trade is much smaller than has been portrayed. The Treasury is as far at sea on its long-term predictions on the economic impact of Brexit as it has been on the immediate impact, and pressures can be brought through the WTO to facilitate satisfactory administrative arrangements on all UK borders. Together, these mean that ‘no deal’ on trade is a conceivable, even if not preferable, option for the UK. A threat to pull out of the Brexit talks altogether, combined with overtures to Ireland, could provide a necessary reset. The Brexit negotiations would then be more balanced and could move away from the current tango in which the UK makes concessions and the EU digs in for more. Government dismay at what is a growing negotiation farce, could be tipped over into support for withdrawal from the talks, especially if there is no move to stage two in December. If this did happen, the biggest loser would be Ireland.