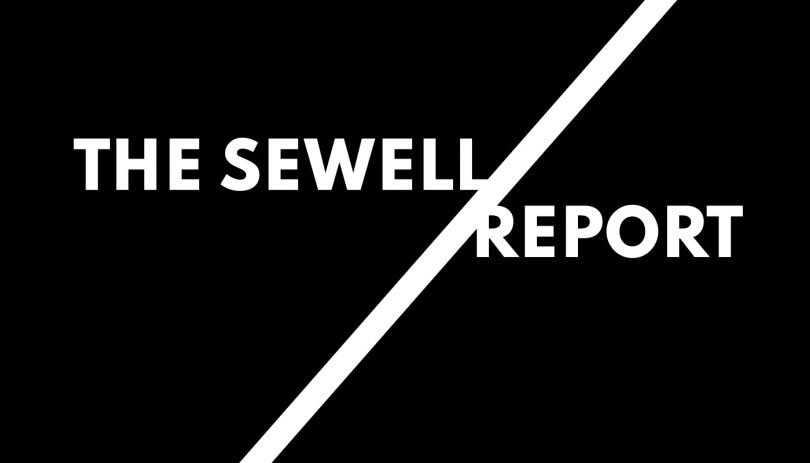 The government, as it seeks to find a new sense of purpose, should take up the findings of last year’s Sewell Report and its recommendations, which seem even more relevant today than when they were first published. Though attacked by those with an interest in fomenting division, there is wider evidence from across Europe that backs up the solidity of its analysis.

It is dawning on the public that the so-called ‘culture wars’ have an impact far beyond university seminar rooms.  They deliberately undermine national cohesion and foment ethnic conflict.  At the core of their argument is the assertion that Britain (and other Western societies) are deeply racist, and that this is shown in their history, their culture, and in their present-day functioning.  Their effect is to demoralize our societies, especially the young and impressionable, at a time of growing international challenges.

Nearly a year ago, the Sewell Report on Race and Ethnic Disparities examined and assessed the present state of British society.  It is courageous, thoughtful, and measured.  Remarkably, its recommendations — which cover inclusivity, policing, educational equality, trust, levelling up and much else – seem even more relevant today than when it was published last April.

Although it recognizes – and who would not? – that racial discrimination exists, as do other forms of inequality, it denies that Britain is deeply mired in racism.  This relative optimism triggered a torrent of bile from those personally or professionally wedded to the falsehood that Britain is a systemically racist society.  Whether because of this criticism, or for other reasons, the government’s response to the report was tepid, and little has been done to build on its recommendations.  Now that the government is trying to find a new sense of purpose and direction, it should respond much more positively to the Report and its recommendations.

But of course it should only do so if the Report findings are valid.  Critics accused it of disregarding what is fashionably called ‘lived experience’ — in other words, anecdotal evidence and subjective impression.  Its use of carefully considered objective data, the critics allege, devalues the lived experience of ethnic minorities.  Is this a well founded criticism?

Lived experience has validity, but by definition only for those who have lived it.  It proves nothing beyond itself, and certainly nothing systemic.  If we wish to be rational creatures, we check our own lived experience against the experiences of others.  Otherwise, we regress to a solipsistic universe where only our own impressions exist: the condition of babyhood.

If the ‘lived experience’ of many people can be assembled and analysed, it ceases to be merely anecdote and becomes evidence.  Not necessarily evidence of fact, but evidence that certain perceptions may be widely shared, and if widely enough shared, that they are probably a reflection of real phenomena.  The European Union’s Agency for Fundamental Human Rights did precisely this in a huge survey in 2014, and in its subsequent report, Being Black in the EU, published in 2018.  As Britain had been an EU member, it was part of the study, which covered people of first and second generation African, Caribbean, and Asian origin.  The report has one obvious major advantage over the Sewell Report (and indeed over its critics): it provides ample basis for comparison.

The study draws on the lived experience of 25,000 people across the EU, for most of its data are based on their reported ‘perceptions’.  These perceptions concern racial discrimination in a range of areas, including everyday social contact, seeking work, experience at work, relations with the police, and housing.

Overall, the experience of being discriminated against in any area of life is lower in the UK than in any of the other European countries, and usually by a huge degree: for example, the experience of racial violence is roughly four times higher in Finland, Ireland and Austria than in Britain.  This comparative report therefore amplifies and supports what the Sewell Commission found in Britain.

A pattern is clear.  Discrimination against ethnic minorities is highest in small homogenous countries – Scandinavia, Ireland, Austria, Luxembourg.  The narrative that a racist Britain is the product of colonialism is flatly disproved by the experience of minorities right across Europe.  It is countries with no imperial history that find it hardest to accept Black people.  The strong plea by the Sewell Commission to teach children ‘the British story, our story’, including the complexities of imperial and Commonwealth history, is well founded and should at last be heeded.

In short, the Sewell Report, far from being a divisive Tory-inspired ‘whitewash’, is confirmed and amplified by the lived experience of ethnic minorities across Europe.  Politicians, activists and academics who reject it so violently deny the validity of that experience – the very ‘gaslighting’ of which they readily accuse others.  In so doing, they show us all that they have an interest in exaggerating and perpetuating division.  In contrast, the Sewell Commission suggest positive ways towards what they call ‘optimism, fairness and national purpose’.  They have done us a great service.  The government should strongly endorse the report, and seize the opportunity to build on it.

An earlier version of this article was published by Spectator Coffee House last April.