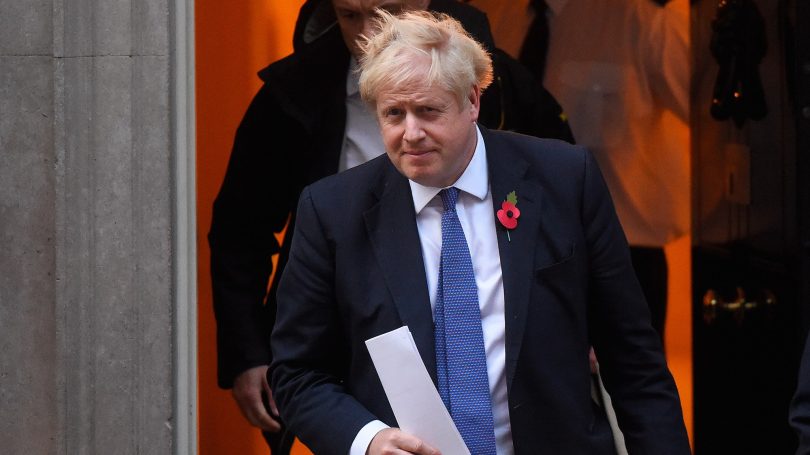 Professor David Collins argues that Boris Johnson’s Withdrawal Agreement gets the UK precisely to where we wanted to be all along.

Boris Johnson’s Brexit agreement is the best option for Brexit currently available and one which deserves enthusiastic backing from the electorate next month. While there are much more negotiations to be done and many months of effective EU membership ahead to endure, the end point will be precisely where we wanted to be all along – free from the EU’s laws and able to strike trade deals on our own, but integrated closely enough with EU markets to minimize disruptions and enjoy robust economic relations with our neighbours across the Channel.

Nigel Farage has warned that the Johnson withdrawal agreement will end up keeping us inside the EU indefinitely. This view is based on the idea that the transition period contemplated by the agreement will be extended until the end of 2022, during which period the UK will remain subject to EU laws but with no say in their creation. Some fear this delay could open the door to another referendum, especially if Remain parties do well in the general election. To avoid this ‘Remainer’s Brexit’ as Farage puts it, we would need to get a Free Trade Agreement (FTA) with the EU quickly, allowing us to break free from EU laws and to implement (not just negotiate and conclude) FTAs with third countries like the US sharpish. The other option presented by Johnson’s withdrawal agreement, exiting without a replacement FTA on World Trade Organization terms, while appealing to some Brexiteers, appears to be less palatable to the broader public. It has been dropped from Conservative Party policy, perhaps mistakenly, as the pressure of no deal could have helped grease the wheels in getting the best possible FTA for the UK.

Farage sees a proper exit from the EU coupled with an FTA unlikely in the near future, and in some respects, he is right to warn us of this danger. Michel Barnier has added fuel to this fire by commenting recently that there is slim chance that a comprehensive FTA, resembling the CETA with Canada, will be finalized before the end of December next year. Deep FTAs, like CETA, typically take several years to negotiate. With the EU as a partner, the process can be even longer, possibly seven years or more. This is because some elements of a comprehensive FTA, such protection for foreign investors, requires ratification by every one of the EU’s 27 Member States (so-called ‘mixity’). This process can be held up by only one intransigent country, as we saw in the case with Belgium and the CETA a few years ago.

But this does not mean that something less ambitious, perhaps involving zero tariffs on goods and cooperation in other key areas like airplane landing and citizen’s rights, cannot be done sooner, possibly before next Christmas. The more contentious matters of the economic relationship could conceivably be left for later negotiations, as was done with the EU-Japan Economic Partner Agreement (JEPA), which went into force in February of this year. The investment chapter of that agreement has yet to be finalized. Even as it stands, the JEPA still took several years (negotiations began in 2012) but the EU and Japan began from a place of much weaker economic integration, and again, the JEPA is very comprehensive, with chapters on intellectual property, subsidies and competition. From a starting point of complete legal and regulatory parity, something simpler, again covering matters like tariffs on goods and regulatory cooperation, is feasible for a UK-EU FTA on a shorter time frame. The comprehensive CETA+ FTA that we all hope for could be put in place in the years to follow.

Of course the usual suspects (BBC, CBI, IMF) will tell us that a trading relationship with the EU based on a basic FTA will be a disaster, leading to recession, mass unemployment and so on, but there are some people for whom Brexit in any form represents an existential crisis to their worldview. They will come around eventually. The full, prosperous Brexit the British people want will take time, but the path laid out by Johnson’s withdrawal agreement is clear and achievable and deserves our support.

David Collins is Professor of International Economic Law at City, University of London  [email protected] . This article has be reposted with the kind permission of BrexitCentral