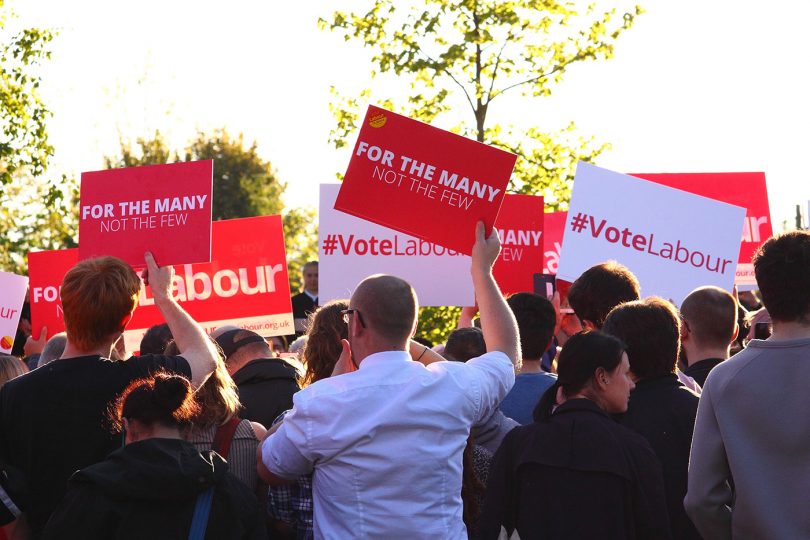 A core element of British socialism has been a belief in the nation-state, which set it apart from liberalism. In the 2017 general election, Labour embraced Brexit in its manifesto, which stated in plain language: ‘Labour accepts the referendum result’.

In the spasms of defeat following the EU referendum, some self-identified left-of-centre Remain commentators suggested that Brexit was a species of insanity. In the New European, Alastair Campbell described the vote to Leave as an act ‘of national madness’. The Green leader Caroline Lucas described Brexit as a ‘tragic farce’. Polly Toynbee puzzled in the Guardian last month how Brexit could consist of anything ‘beyond rejecting foreigners’.

These articles reflect a stifling consensus, also prevalent in academia, which cannot even comprehend how ‘good people’ could vote to Leave. This breathtakingly simplistic analysis amounts to little more than the assertion that cultured, open-minded people voted to Remain whereas ill-informed, myopic people voted to Leave. It echoes the debate over joining the Euro fifteen years ago when, as Larry Elliot reflected, ‘People who liked the Euro were civilised, supported the arts, went to Tuscany or the Dordogne for their holidays. People who didn’t like the Euro drove white vans decorated with the flag of St George’.

There is a palpable disgust or, at best, mystification towards people who voted to Leave. At conferences, in lecture theatres, and in informal discussions, some academics mutter bitterly about the selfish, deluded masses who were motivated by racism, xenophobia, misdirected anger, the Russians, or colonial nostalgia. One piece on the Oxford University Politics Blog described Leave voters as ‘the Cecil Rhodes of the twenty-first century’. The idea that there is a left-wing argument for leaving the European Union is unknown or, at best, dismissed as a fringe fantasy of the Bennite left. The fact that Euroscepticism was the mainstream position of the Labour Party until the late 1980s is forgotten.

The Labour peer Andrew Adonis has summoned the spirit of Clement Attlee in his quest to overturn Brexit. Adonis failed to mention that Attlee was a vociferous opponent of joining the Common Market and gave brilliant Eurosceptic speeches as an elderly peer in the 1960s. It goes unremarked by that some of the most passionate Eurosceptic campaigners of the 1970s – including great, female Labour MPs like Barbara Castle, Judith Hart, Ann Kerr, and Joan Lestor – thought that to be in a customs union with (only) other European countries was an inward-looking, even racist position.

Those who argue for overturning the EU referendum result often exemplify George Orwell’s observation that ‘the really important fact about so many of the English intelligentsia [is] their severance from the common culture of the country.’ Benjamin Disraeli could have been commenting on the referendum when he wrote in Sybil that we are ‘two nations; between whom there is no intercourse and no sympathy; who are as ignorant of each other’s habits, thoughts, and feelings, as if they were dwellers in different zones, or inhabitants of different planets’.

What many leading Remainers, who regard themselves on the left-of-centre of British politics, fail to comprehend is that the British socialist tradition has never been simply made up of liberals and progressives. These are fine intellectual pedigrees, but they are not the full story of socialism in Britain by any means, especially among working-class Labour voters. Labour owes much to the ‘Radical Tory tradition’ of William Hazlitt, John Ruskin, and William Cobbett. As Ashley Walsh, my co-author of Camaraderie: One Hundred Years of the Cambridge Labour Party, explained in a talk at the Cambridge Literary Festival, the Labour tradition in Britain has historically been ‘suspicious of moralising universalism of the liberal left. It is [defined by] the pragmatism, common sense, and basic sanity of the British people, worlds apart from highfalutin sermonising’.

Therefore, suggestions that Labour should team up with Liberal Democrats, Greens, and Scottish nationalists to form a liberal, progressive alliance against Brexit runs contrary to the Labour Party’s historic strength in working-class communities.

Rather than preaching from on high to ‘those below’, the great potency of Labour as a popular party was that it shunned liberalism’s economistic, rationalist, and anti-patriotic trappings. ‘Beer and Britannia’ was a rallying cry from many early Labour MPs. As Paul Ward writes in Red Flag and Union Jack, ‘the majority of the British left has laid a claim to patriotism, not only when events such as wars have overtaken it, but most of the time’.

A core element of British socialism has been a belief in the collective power of the nation-state which set it apart from liberalism’s focus on the individual. British socialism, unlike some continental varieties, is fundamentally democratic. A democracy needs a demos; that is, a people who share a common sense of fellow-feeling and mutual concern. And while there is a British ‘demos’, there cannot be said to be a European one. The EU project, which has increasingly spurned the idea of a Europe of nation-states working in cooperation, departed from this basic instinct.

As the Labour peer Maurice Glasman has written, the ‘paradox’ of British socialism is that it has been motivated by resistance to change as much as support for it. British socialism is both traditionalist and radical. It recognises that change has costs, and those costs must not be ignored blithely. The whole concept of solidarity depends on some degree of fixity, familiarity, and regularity. Some forms of ‘progress’ can erode communal bonds, render places unrecognisable, and remove control which people previously exercised over their lives. Of course, change is not always unwelcome, but as the political theorist David Miller has emphasised in his book Strangers in Our Midst, to be successful it must receive democratic consent.

In the 2016 referendum, historically Labour communities voted to Leave in far greater numbers than many liberal commentators assumed. Approximately 161 Labour-held constituencies voted to Leave the EU, while only 70 voted to Remain, and C1 C2 DE (lower middle-class and working-class) voters all delivered majorities for Leave. These communities, many of whom are descendants of that ‘radical Tory’ tradition, are now looking for leadership in a post-EU United Kingdom. The Leave vote gave Labour the opportunity to look forward, set out positive vision for the country, think creatively about our future, and excite people, including its withering working-class base.

In the 2017 general election, Labour embraced Brexit in its manifesto. Senior Labour figures accepted the need to end EU free movement, a policy which had been at the core of voters’ distrust of the Labour Party. The Labour Party manifesto stated in plain language: ‘Labour accepts the referendum result’. Standing on this pro-Brexit programme, Labour achieved its highest vote share since 2001 and its biggest swing since 1945. A majority of the seats Labour won off the Conservatives were in constituencies which are estimated to have voted Leave.

With both parties in agreement on Brexit and immigration, the 2017 general election focused on austerity, education, and the costs of an aging society. Together, Labour and the Conservatives received a combined 82.3% of the vote, higher than any election since 1970. The Liberal Democrats, in contrast, promised a second referendum in an attempt to keep Britain in the European Union. They received their lowest vote share since the 1959 general election.

Rather than abandon the working class to the Conservatives or patronise them as ill-informed, Labour in the 2017 general election proposed to restore national, democratic control to major areas of the economy. It showed that Labour can be internationalist while not accepting unfettered globalisation. It showed the potential for international co-operation without ceding democratic institutions. It showed support for immigration without giving up the nation-state’s ability to regulate it. In this way, perhaps unwittingly, Labour revived its spirit of ‘Tory socialism’. It would be a grave mistake to turn away from it now.