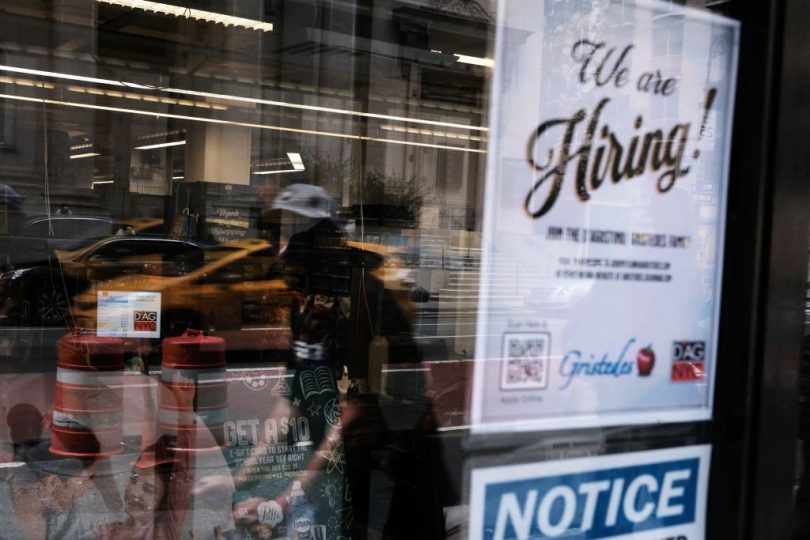 Good reasons for Brexit always included the ability to control immigration. Claims by Remainers that mass migration had no negative impact on the wages of the indigenous population always flew in the face of economic logic. Rising wages no show that these Remainers were wrong.

In the two decades before the Brexit referendum, there was a large increase in the number of people moving from the EU to the UK.

In the mid-1990s there were less than one million EU citizens living in the UK. By the mid-2010s, this had risen to 3.6 million. The bulk of the increase came after former Soviet bloc countries, such as Poland and Bulgaria, joined the EU in 2004.

These of course are the official numbers. The Home Office’s EU Settlement Scheme hints that in reality there were considerably more. Since the scheme was introduced in 2018, six million EU citizens have submitted an application for residency.

It was an article of faith amongst liberals in the run up to the Brexit referendum that the influx of Europeans was an unequivocally Good Thing. In particular, they were adamant that neither the job prospects nor the wages of British citizens had been adversely affected.

The overwhelming majority of economists agreed with this idea.

One LSE study concluded that “there are potential economic benefits associated with migration (and) there is little evidence of an overall negative impact on jobs or wages”.

A report from another equally distinguished academic institution, UCL, shared this view.  But it went even further, claiming that “higher immigration appears to be associated with higher wage growth in the currently resident population”.

A simple analysis suggests this could surely not be true: immigration increases the supply of labour and, in the basic economics textbooks, an increase in supply leads to a reduction in price. In this case, the reduction is the wage, the price of labour.

To be fair, there was a more subtle argument at work. An implicit assumption in any economic analysis of this kind is that “other things remain equal” before and after the change occurs. The textbooks for some reason, almost as if they were writing for our current Prime Minister, like to use the Latin equivalent “ceteris paribus” to describe this.

So, yes, an increase in supply would reduce the price, provided that demand remained the same as it was. The assertion was that immigration led to an increase in demand in the economy as a whole, and so the demand for workers would also increase.

In the context of Brexit, a key assumption of mainstream economists was that it would cause a fall in demand. The notorious Project Fear forecast explicitly predicted that unemployment would rise by half a million in the event of a Leave vote.

If both demand and supply change, the question of the impact of migration on jobs and wages then becomes a purely empirical one.  Which change has the bigger impact?

Our departure from the EU has made the evidence clear, painting a picture of the opposite phenomenon. Demand has not fallen below what it would have otherwise been. Labour supply has fallen. In sectors where EU workers were concentrated, there are huge labour shortages, record levels of vacancies and wages are being bid up.

Sticking with the theme of Latin phrases, a big “mea culpa” is required from mainstream economists.