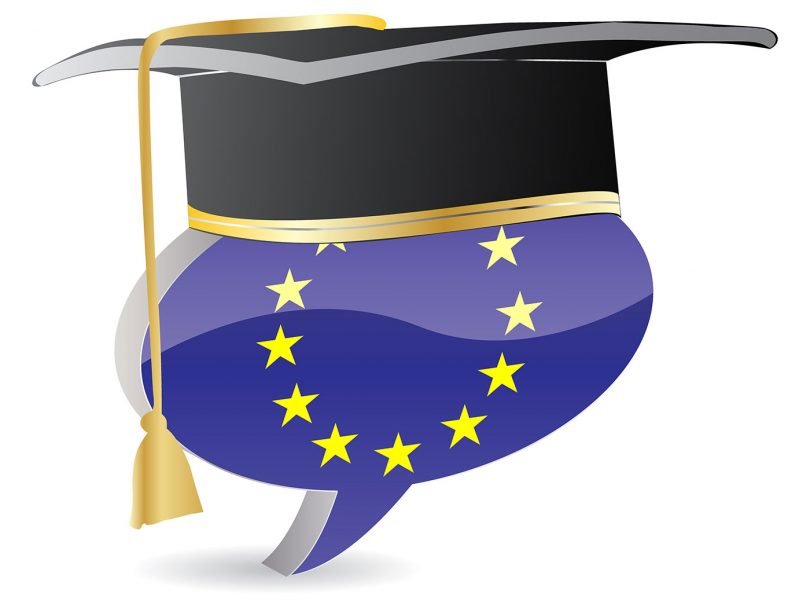 In the first in our ‘Remainers’ Revolt’ series, Dr Joanna Williams suggests that the UK’s education system is failing to produce independent-minded critical thinkers and is instead creating conformist and obedient citizens far too fearful of being labelled racist or nationalist to dare challenge the pro-EU consensus that dominates the graduate professions in which they seek employment.

The ongoing debate around Britain’s decision to leave the EU reveals, perhaps more than any other single issue, a divided nation: north and south, young and old, rich and poor. These demographic differences provide an easy explanation for those unable to make sense of the referendum result through any other means. One of the basest claims made by disgruntled remainers is that sufficient leave voters will eventually die and, given time, the UK will naturally have a remain-backing majority. Resorting to demography in this way avoids having to win anyone over through political engagement.

One of the most dramatic divides highlighted by the referendum result focused upon educational level. According to YouGov, ‘70% of voters whose educational attainment is only GCSE or lower voted to Leave, while 68% of voters with a university degree voted to Remain in the EU.’ In the aftermath of the referendum, this link between qualification and support for the EU, was leapt upon by remainers as validation, in and of itself, for the correctness of their position.

That such a high proportion of graduates are prepared to offer seemingly uncritical support to the EU deserves further analysis. It’s clearly not the case that the 68% of graduate-remainers have spent years developing expertise in EU constitutional law. Neither a degree in gender studies nor in astrophysics provides students with an in-depth analysis of the EU’s economic and political development. Despite what remainers would like us to believe, a degree does not make someone more qualified to pass judgement on whether EU membership is in the best interests of their family, community or nation.

The qualification-remain relationship might be explained not by causation with intelligence but by correlation with time spent in formal educational settings. Schools have long since moved beyond the transmission of subject knowledge to encompass a host of other goals including employability skills, relationships and sex education, healthy eating and environmental awareness. At times it can seem as if the answer to every social problem is to get it covered on the school curriculum. One problem with this approach is that such issues are rarely value-neutral but often politically-contested. Teaching and assessing that children have correctly imbibed particular values closes down the scope for debate.

One value that is particularly dominant in education is global citizenship. Schools became the key site for recruiting people to the cause of global citizenship with the introduction of statutory citizenship classes in 2002. However, global citizenship was established as element of various subjects, most notably geography, before this date. In his 2006 valedictory address Tony Blair announced, ‘The British people today are reluctant global citizens. We must make them confident ones.’ At this point universities also began to focus on internationalising the curriculum and promoting global citizenship.

The beauty of the term ‘global citizen’ lies in its ambiguity. It can be understood as nothing more than simply having a ‘global outlook’ or it can go further and pose national citizenship as associated with ignorance and intolerance. Voting to leave the EU has become firmly established as a vote in support of national interest. For the global citizen, publicly backing remain becomes a demonstration of your loathing of nationalism, your cosmopolitanism and tolerance. Of course, a belief in the importance of national sovereignty does not preclude a person from also having a global outlook. But the fear of being associated with nationalism overrides this common sense.

Significantly, nationalism has come to be associated with racism and tolerance with anti-racism. All schools, rightly, have anti-racist policies and have for decades promoted multi-culturalism. It’s to be celebrated that so many young people today are vehemently opposed to all forms of racism. However, they are not just anti-racist but are extremely concerned to appear to be anti-racist. The connection between the leave campaign, UKIP and controlling immigration means that publicly backing remain carries with it the moral authority of the anti-racist. The portrayal of leave voters as racist is reprehensible – but the narrative has, unfortunately, stuck.

There are other factors at play in Britain’s education system that ensure graduates are more likely to back the EU. In the UK, more than in other European country, there is an emphasis on leaving home to attend university. Communities of students ensure young people are cut off from the debates taking place within their families and home communities. Instead they become fully immersed in a new set of values. The costs of not conforming and fitting into this new environment can be immense.

At university, students meet an increasingly politically homogenous faculty. A poll of university staff conducted prior to the referendum suggested 90% intended to vote remain. Similar polls conducted before general elections stretching back over many years show that academics are not only becoming more like-minded but their views are increasingly at odds with the rest of society. Universities have become bubbles making it more difficult for students to be confronted by a wide range of different viewpoints.

Today, close to 50% of young people attend university. We know that graduates and young people are more likely to support the EU than older, non-graduates. This correlation suggests that the UK’s education system is failing to produce independent-minded critical thinkers and is instead creating conformist and obedient citizens far too fearful of being labelled racist or nationalist to dare challenge the pro-EU consensus that dominates the graduate professions in which they seek employment.