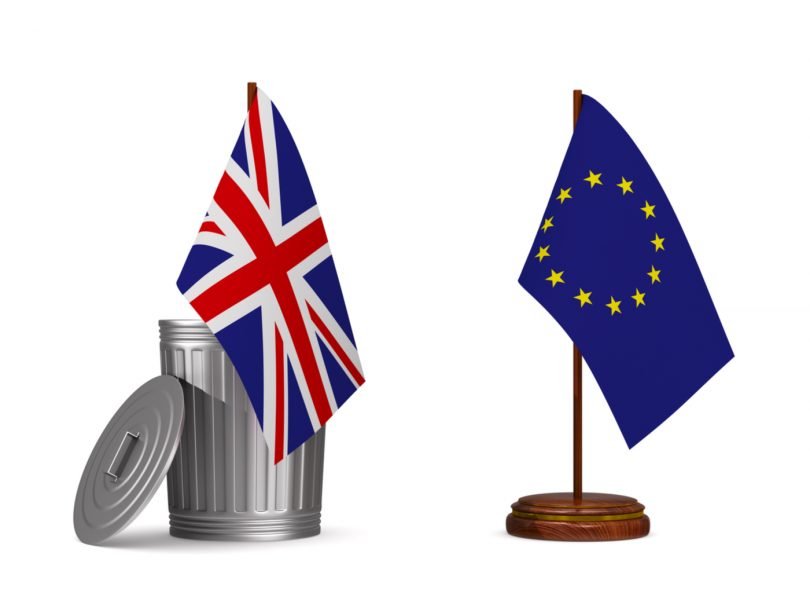 Back in July we argued that a free trade deal was more valuable to the EU than to the UK and so the UK should not settle for a deal that delivered tariff-free goods trade but little else, and which came with major restrictions on the UK’s freedom of action in areas such as regulation, tax, and competition policy.

Nothing has really changed in the interim. The EU continues to make extreme demands in areas like fishing, governance, state aid and especially the so-called ‘level playing field’. On the latter, for example, it continues to demand a ‘ratchet clause’ that would link UK access to EU markets to the UK following the EU’s ever-more-restrictive regulations in a wide range of areas. A blind alley for UK businesses that need to compete in global markets.

At the same time, the EU is now blustering about the UK demanding a ‘high value’ trade deal, rather than the relatively basic Canada-style deal the UK government has actually asked for. This is rich indeed given that the EU has spent the last few months refusing to agree to even standard elements of basic free trade deals such as third country cumulation and mutual recognition of conformity assessment. And given the EU has said its offer on services trade might be worse than that offered to Australia.

Let’s go back to basics on the economics. The UK currently conducts around 45% of its foreign trade with the EU (equivalent to about 13% of GDP) so a simple zero-tariff and zero-quota deal would be nice to have. But as we have repeatedly said, the difference between a simple trade deal and trading on WTO terms is not that large.

In the absence of a deal, UK exporters would face average EU tariffs of about 3%, and UK importers would need to pay tariffs on EU goods that would be a little higher than this. By comparison, just before the UK joined the EU in 1972, average tariffs on UK-EU trade were around 11% and much higher for many sectors. The average tariff levels of today are quite low.

Trade economists are always quick to point out that we need to consider non-tariff barriers to trade as well. This is correct but estimates of these are often exaggerated – figures of 10-20% of trade values are often bandied about when something like 3% is much more realistic. And much more importantly, these non-tariff barriers (e.g. customs processing and regulatory barriers) are going to be there whether there is a free trade deal or not. The kind of free trade deal under discussion is not going to reduce non-tariff barriers by much – for goods or for services. Crucially, this means a deal will not have much, if any, impact on much-agonised issues concerning managing freight at the UK’s borders.

So, the UK calculation about deal or no-deal is largely about avoiding quite low average tariffs of 3% or so. If the quid pro quo for doing so is agreeing a bad deal on fishing that preserves the EU’s incredibly privileged access rights to UK waters and surrendering autonomy over state aid and large areas of regulatory policy it simply isn’t worth it. Such a deal would be incredibly lopsided. There would be problems for a few sectors facing high trade barriers but nothing that can’t be dealt with via appropriate support and restructuring packages – made easier by state aid autonomy of course.

Indeed, you might think the EU would be much keener than the UK to seal a simple free trade deal, given it is running a goods trade surplus with the UK of 100 billion euro, a large chunk of which consists of tariff-sensitive items like cars and farm produce. The UK is not forced to buy these products from the EU – they can be sourced from other markets and will be if EU supplies of them become much more expensive.

The fact that EU has not moved quickly to agree a simple free trade deal (in sharp contrast to the way it behaved with non-member European economies in the 1970s and with the central and eastern European economies in the 1990s) seems puzzling. But as other authors have noted, it makes perfect sense if the EU’s aims in this negotiation are not economic but primarily political. The EU’s primary objective is control – it wants a deal that will lock the UK into the EU regulatory and political sphere and that could form a basis for eventually trying to draw the UK back into the EU fold.

The UK’s aims, as laid out by Lord Frost earlier this year also have a strongly political element, the re-establishment of the UK as a fully independent state and actor on the world stage. Importantly, there is no need for the UK to be negotiating with the EU at all in order to achieve this – simply exiting all remaining EU structures at the end of this year is enough. A mutual beneficial trade deal would be nice to have but is not worth pursuing if the EU continues to pursue an agenda based on political domination.

The best thing to do now would be to adjourn trade talks for twelve months and see if the EU at the end of that period might be open to negotiating on a more sensible basis. In the meantime, the EU can watch its UK market share in key manufactured and agricultural goods drain away as the UK signs trade deals with third countries that – together with increased barriers to UK-EU trade – undermine the competitiveness of EU producers in the UK market.