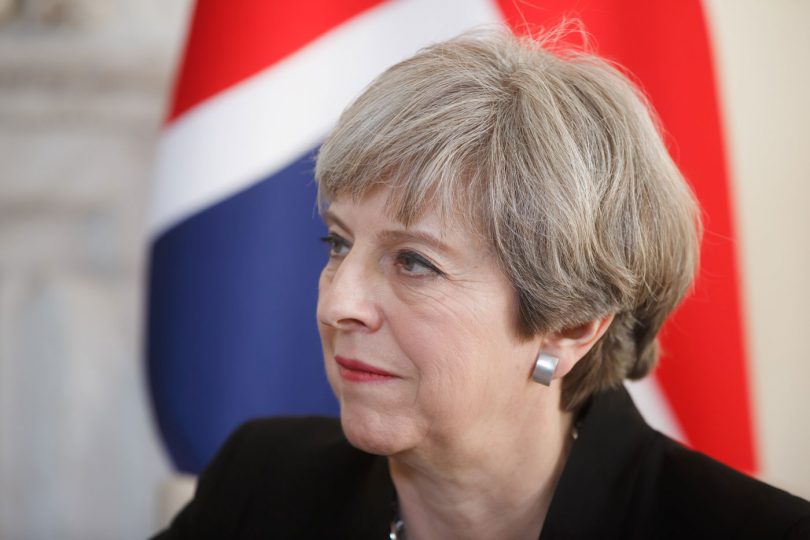 The Democratic Unionist Party have released the text of their letter to the Prime Minister expressing their concerns about the continued threat of a border in the Irish Sea.

We are writing to you at this crucial time as the United Kingdom enters the final phase of negotiations with the European Union.

The so-called backstop has so far dominated the negotiations on a Withdrawal Agreement.

You will recall during our discussions in December 3017 that we warned strongly against the risks for both Northern Ireland and the United Kingdom as a whole of paragraph 49 of the Joint Report. Despite our advice you chose to proceed with the Joint Report. You will further recall our insistence that, if there was to be such a protocol then paragraph 50 set out that there must be no new regulatory barriers between Northern Ireland and the rest of the United Kingdom. This means frictionless trade from NI-GB and GB-NI.

When our warnings were validated by the EU’s version of the backstop produced earlier this year, it was welcome that this was rightly rejected by you as Prime Minister on behalf of the Government and also by the Labour Party as well. Indeed, many throughout Parliament rightly identified the EU protocol ass anathema to our precious Union. What was unacceptable then is equally unacceptable today. Neither the passage of time, nor new language has changed the substance.

The EU is clearly seeking a permanent backstop enshrined in international law, which would be operational in any circumstances in the future where we have trading relationships which are deemed by the EU to necessitate a so-called hard border between the UK and the Irish Republic.

It is totally unacceptable that there could be a Withdrawal Agreement which provided that Northern Ireland at any time in the future could be subject to the rules of the Customs Union or parts of the Single Market whilst the rest of the UK was not.

We would be left in the position of having provisions in an internationally binding agreement that ensured that Northern Ireland must follow rules and laws determined by other countries with no say in their formulation and with a goods border in the Irish Sea.

Obviously, we support the Government’s insistence that Northern Ireland cannot have a separate and distinct customs regime.

However, the focus has been disproportionately upon the issues of customs rather than the matter of EU Single Market regulations.

In all our discussions, we have consistently argued that there must not be a customs or regulatory border between Northern Ireland and the rest of the United Kingdom.

During our recent engagement with Michel Barnier we heard little to suggest that he had changed his position in relation to treating Northern Ireland separately from the rest of the United Kingdom for the purposes of both customs and Single Market regulations.

Whilst the EU negotiators have conceded the need to de-dramatise the language in the so-called backstop text and to relocate checks away from the main ports, the fact remains that under their proposals Northern Ireland would have to be aligned to EU regulations across a number of significant areas.

It seems some progress may have been made in terms of the backstop in recognising that the United Kingdom must be treated as a single customs territory but there seems to have been no such movement on the insistence by the EU to have Northern Ireland alone aligned to European Union regulations.

It is our assessment that the constructive engagement strategy of our government’s negotiators has not always been reciprocated by the EU. The EU seems to be wishing away elements of the 8 December 2017 Joint Report between the negotiators of the European Union and the United Kingdom Government.

In particular, on the backstop, the EU has ignored what was agreed and instead proposed what it wished was agreed.

We fully appreciate that the Withdrawal Agreement is legally binding. Unlike the previous political declarations, the scope for delay, fudge or obscurantist language has passed. This is now a time for clarity and plain speaking.

It is vital for both Northern Ireland and the entire United Kingdom that if agreement is reached, it must be clear and must not risk opening divergence within the United Kingdom for generations to come.

Paragraph 50 of the December Joint Report was clear. It requires that no new regulatory barriers develop between Northern Ireland and the rest of the United Kingdom unless the Northern Ireland Executive and Assembly agree that distinct arrangements are appropriate for Northern Ireland.

If there is to be a so-called backstop then paragraph 50 must be implemented in full.

Indeed, if Northern Ireland is subject to EU single market regulations then it will also be subject to the ECJ in some form as the arbiter of those regulations. This position leaves Northern Ireland as a rule taker from Brussels but also importantly it creates a democratic deficit on an important part of our economy – agriculture and manufacturing. It would also leave us tied to the EU state aid regime.

We remain concerned that the EU has tried to transform the specific e.g. animal health and pre-existing areas of bilateral agreement such as the Single Energy Market to cover all issues. This does not protect the various Northern Ireland agreements. Rather, what is proposed systematically undermines key aspects of those agreements.

In the debate regarding the backstop there has been a lack of serious consideration of the practical consequences for the long-term future of our political institutions – a focus upon getting an outcome over what the outcome will be.

Northern Ireland’s constitutional position is accepted as being a full part of the United Kingdom. The UK joined as one nation and must leave on that basis. Anything less is diluting the aforementioned historic agreements and disabling to the principle of consent at the behest of the EU.

Importantly, the implications for the Union do not stop with Northern Ireland. The Scottish nationalists are ready to pounce on any distinctive treatment for Northern Ireland and use it against the pro-Union voices in Scotland.

All of this is based upon an inflation of the risk of a hard border. For our part we have made clear that we do not want to see infrastructure on the border, nor do we seek to rewind the good progress that has been made between Northern Ireland and the Republic of Ireland. In no scenario is this going to be the result.

As a consequence of the EU’s behaviour on this matter, it is time to remind them that the entire process is founded on the principle that nothing is agreed until everything is agreed, including the backstop.

Following the outcome of the Salzburg commit we welcomed the statement made by you in that,

This directly addresses the issue of a regulatory divergence within the United Kingdom and is the only position that respects the UK’s political institutions and the various Northern Ireland political agreements and it cannot be abandoned.

The Democratic Unionist Party wants to see a negotiated outcome that allows the United Kingdom to withdraw from the European Union in an orderly manner. We stand ready to support withdrawal agreements that protect Northern Ireland’s place within the Union of Great Britain and Northern Ireland and which do not leave Northern Ireland subject to EU customs and single market regulations while the rest of the United Kingdom is able to chart a new course following our departure from the European Union next year

Our position has always been and remains that we will not support arrangements that leave Northern Ireland separated from the rest of the United Kingdom and tied to the European Union’s customs or regulatory regimes.

We look forward to continuing discussions with you and your team to ensure we secure an outcome that is advantageous for us all.