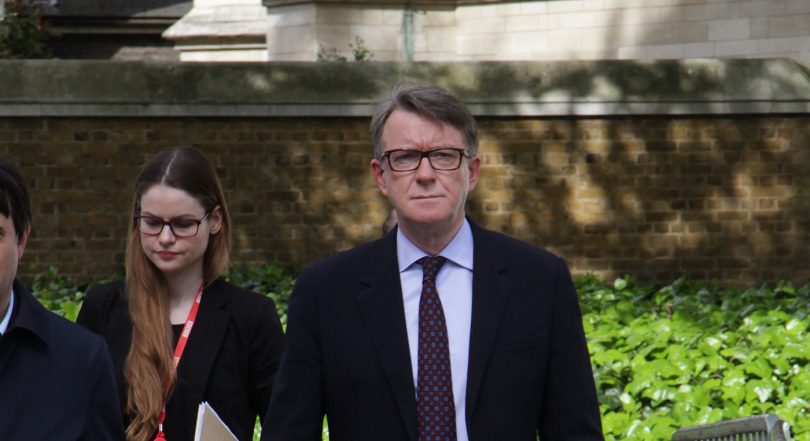 To resist the EU is in fact to resist “nationalism” in its latest form; the paradox in the hostility of modern European politicians to “nationalism” is that in the hearts they have never really detached themselves from it and have never been able to rest content with the states which they have been given.

For a panjandrum of the EU to lecture the British people who wish to leave the Union on the merits of “patriotism” and the evils of “nationalism” takes a great deal of nerve, but that is not a commodity of which Lord Mandelson has ever run short. At the moment the Mediterranean is littered with the bodies of people who wished to enter the EU but to whom the borders of the EU were effectively closed. Is the desire of members of the EU to restrict immigration “patriotic” or “nationalist”? And how does it differ from the desire of a large part of the British public to do the same? A wish to have some control over borders is not the same thing as hostility to foreigners, any more than a wish not to have one’s party gatecrashed is a sign of a lack of hospitality – the reverse is the case, in fact, since one is much more likely to be hospitable if one is not compelled by some external force to let people in.

Lord Mandelson has made a profound but revealing mistake in his application of these two terms to the Brexit debate. Nationalism in Europe over the last two centuries, the spectre which still haunts the Continent, was in actuality a force which destroyed the old states of Europe, not one which strengthened them. The unifications of Germany and Italy ruined their old political structures in the name of German and Italian “nations”; Hitler invaded Austria and the Sudetenland in the name of a Greater Germany; the old states of Eastern Europe were broken and remade in the name of their “nations”. Not merely linguistic identity of this kind encouraged the destruction of the old order, but so did cultural identity – Christian values or (as armies advanced deep into Russia) “European” ones legitimated the creation of new political structures.

The United Kingdom is an old state which was not remade; it remains to this day a multi-national one, despite the best endeavours of some Scottish and Welsh politicians, egged on by some European ones. English-speakers are not a cohesive nation which could conceivably be given a political identity, nor is there a serious set of “British” values (despite the vain attempts by some people to invent them). Loyalty to the United Kingdom is an old-fashioned loyalty, which we might well describe as “patriotism”; it is simply loyalty to the state in which its citizens have always lived, or even (more romantically) allegiance to its Queen; that is all. The British state constitutes for its citizens the tried and tested focus of their common life, and any replacement would have a fantastic or utopian character, something which Brexiteers have instinctively grasped. The entity in modern Europe which looks like the structures which “nationalism” in its malign form engendered is … the EU. It is an attempt to create something new which overrides old state loyalties, and is for some of its more fervent advocates a new political arrangement based on a cultural identity; talk of special “European” values is never far from the surface. To resist the EU is in fact to resist “nationalism” in its latest form; the paradox in the hostility of modern European politicians to “nationalism” is that in the hearts they have never really detached themselves from it, and have never been able to rest content with the states which they have been given.