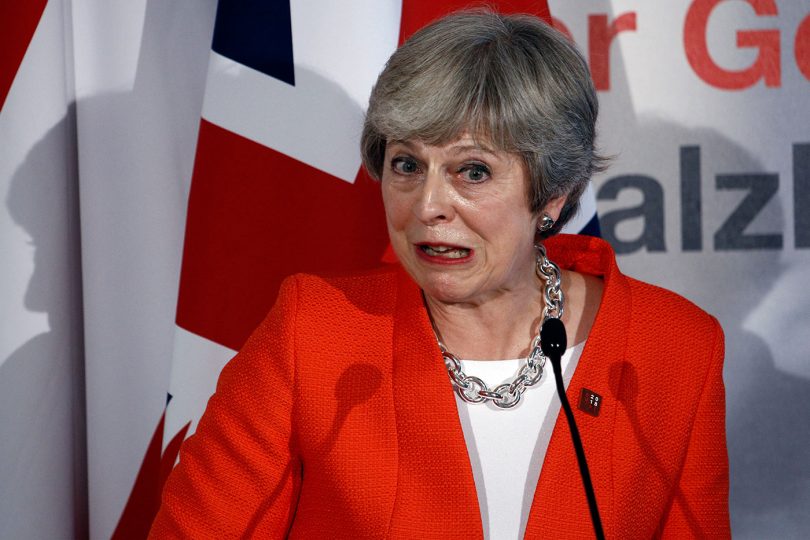 The government’s proposed withdrawal agreement (WA) with the EU is badly named. Far from withdrawing the UK from the EU’s economic structures, it keeps the UK firmly within those structures.

Worse still, it threatens to trap the UK permanently in a highly sub-optimal economic and subservient relationship with the EU. It would remove entirely the democratic rights of the British people to alter the way key parts of their economy are run.

The government claims that the WA opens the way to achieving the following goals:

In fact, the WA is unlikely to lead to any of these things.

Under the withdrawal agreement, the UK will enter a ‘transition’ period of around two years (and possibly more) during which it will effectively remain an EU member state (including making large financial contributions) – but with no say in EU decisions.

After this period, the UK becomes subject to a ‘backstop’ agreement designed to prevent a ‘hard border’ in Ireland. This backstop stipulates that the UK will continue to remain in a customs union with the EU indefinitely. The UK will also be obliged to implement EU rules in a wide range of areas including competition policy, environmental, social and tax policies and geographical indications for a wide range of EU goods – quasi-single market membership.

There is an additional factor that could lead the UK to be fully bound by the future flow of single market regulation. Northern Ireland under the ‘backstop’ will remain in the EU customs union and essentially all elements of the single market too. In order to prevent regulatory divergence between NI and GB, the government may choose to ‘voluntarily’ apply all future single market rules – though ‘voluntarily’ is perhaps not quite the right word here.

So, the UK under the ‘backstop’ will remain in a customs union with the EU and subject to a large part of (and possibly all) single market regulations – but with no say in any of the EU tariffs, quotas or regulations by which it will be bound.

Moreover, there is no unilateral exit clause from this backstop and from the customs union and single market rules it involves – the UK can only exit it with the EU’s consent.

Is the EU likely to agree that the UK can leave the backstop and gain the freedom to set its own trade and regulatory policies? It seems unlikely –

The likely outcome should the WA be signed is that the EU will use the threat of keeping the UK in the backstop permanently to try to win even more concessions. The EU has already made clear that it seeks the effective continuation of the Common Fisheries policy (grossly favourable to the EU) as one such concession and continued free movement of labour (likely called something else) could well be another.

As a result, the ‘final’ relationship between the UK and EU under the WA is likely to be either the backstop itself or potential something essentially identical to it – and possibly worse. This will mean:

It is quite extraordinary that any country would agree to allow its economy to be subject to such a huge degree of control by a foreign competitor, let alone an economy like the UK – the fifth or sixth biggest in the world. And for such modest economic rewards.

But more extraordinary still is that it would entrench such foreign control permanently in any international treaty; the withdrawal agreement is an international treaty and contains no exit clause. This means the UK cannot simply denounce the treaty at some point in the future without very serious diplomatic and potentially financial consequences. The withdrawal agreement is not for Christmas; should it be signed, it is forever.

Far from ‘taking back control’, the UK government is proposing to give it up in relation to massive areas of economic policy, with no prospect of getting it back. This is a worse position than either EU members have (where Article 50 of Lisbon gives them a two-year window to leave) or EEA members like Norway have (EEA members can leave with a year’s notice). The government is proposing to lock the UK into a subservient and potentially abusive economic relationship with the EU and give the key to the only exit to the EU.