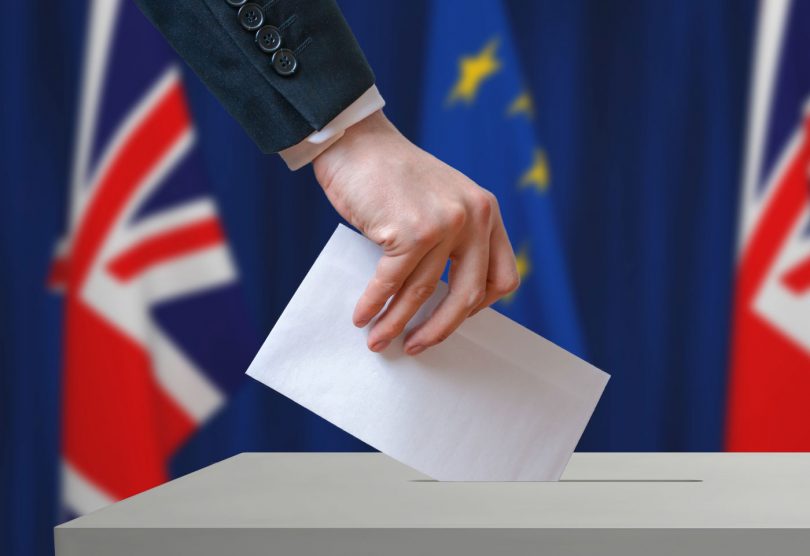 The Grieve/Hailsham amendment should be rejected. It would hamstring the Government’s negotiating position and maximise the chances that the UK is forced to accept terms that amount in practice to continuing subjection to EU law without participation in EU decision-making or terms that are so objectionable or oppressive as to provoke the UK public to despair of its decision to leave the EU and to beg leave to remain. Either way the clear duty of the Commons (and thereafter the Lords) is to reject the amendment.

The House of Commons will today consider the European Union (Withdrawal) Bill, which was amended (again) by the House of Lords on Monday.  The Commons considered the Bill last week, with a compromise between so-called Tory rebels and the Government being reached and then quickly breaking down.  The ill-fated compromise centred on what provision was to be made in the Bill for Parliament, and especially the Commons, to have a “meaningful vote” on any withdrawal agreement.  In Monday’s session, the Lords inserted into the Bill the provision that Dominic Grieve MP is understood to have believed the Government had agreed.  The Government for its part maintains that the Bill as amended is inconsistent with our constitutional separation of powers and would harm the national interest by arming the Commons to micro-manage the negotiations and to invite the EU to let negotiations run out in order to set this fall-back in motion.

It is clear that the Government will not commit the UK to any withdrawal agreement with the EU unless and until the Commons indicates its support for that agreement.  The Government has given this assurance and the Commons, quite rightly, will hold them to it.  The old Ponsonby Rule required the Government to table international treaties before ratifying them and this convention was put on a statutory footing by the Constitutional Reform and Governance Act 2010.  In any case, the withdrawal agreement will almost certainly require legislation to implement, which will be procured by way of a separate Act of Parliament on which, of course, Commons and Lords will vote.  Why then the present controversy?  The Government has agreed, under political pressure, to include the requirement of a meaningful vote, as it is colloquially termed, in the Bill now under discussion.  The dispute concerns how that requirement ought to be framed and what follows from it.

The original Lords amendment, which the Commons rejected on 12 June, would have empowered the Commons to pass a direction in relation to the Article 50 negotiations.  This was obviously a breach of constitutional principle – in our system the Commons does not govern.  The Government proposed an alternative amendment which made the consent of Commons necessary before ministers could ratify the withdrawal agreement and provided that if that consent was not granted the Government would have to make a statement to Parliament within 28 days.

The Government proposed its own new amendment on 14 June.  The amendment would have required the Government to move a motion that the Commons approve the Government’ statement about how it intended to proceed.  This duty would arise: (a) if the Commons decided not to approve ratification of the draft withdrawal agreement, (b) if the Prime Minster made a statement before 21 January 2019 that no agreement in principle can be reached with the EU on the substance of the withdrawal agreement and the framework for the future relationship, or (c) if by the end of 21 January 2019 there was no agreement in principle on the agreement or framework.  In contrast to the Grieve amendment, this motion would not have been open to amendment: it would have been approve or reject only.

On Monday, the Lords effectively restored the substance of the Grieve amendment by adopting Lord Hailsham’s amendment which required the Government to move a motion in the Commons (in a range of cases), which it would be open to the Commons to amend.  Lord Hailsham argued in the Lords that the amendment he moved (and which the House duly adopted) reflected the substance of what Grieve had understood the Government had agreed.

Whatever the truth of that claim, there is a considerable difference between a requirement to move a motion which is open to amendment (the Grieve/Hailsham amendment) and a requirement to move a motion that may only be approved or rejected (the Government amendment).  The latter ensures parliamentary accountability; the former provides a vehicle for the Commons to dictate the course of negotiations.  True, the new Grieve/Hailsham amendment is less openly offensive to constitutional principle than either the original Lords amendment or the first Grieve amendment.  Nonetheless, Parliament should not authorise itself (or its main chamber, the Commons) to direct how the Government should negotiate an international agreement.  The Commons is well placed to debate the Government’s proposals, and to approve or reject them, but not to specify a negotiating position of its own, which is what the latest amendment positively invites.

The significance of these parliamentary manoeuvres is that they attempt to frame the default option.  The point is not to ensure a meaningful vote on any proposed agreement – this was always assured and was legally mandated in the Bill as it stood before the Lords’ amendment on Monday – but rather to make provision to force the Government to conclude any agreement that the EU may offer.  In other words, the meaningful vote is now extended not to the draft agreement but to the failure to conclude an acceptable agreement.  This may seem like two sides of one coin but in fact the two situations are not the same.  Article 50 having now been triggered, the UK is on track to leave the EU by March 2019.  The UK hopes to conclude a withdrawal agreement with the EU but will only be able to do so if mutually acceptable terms can be found.  The Government’s undertaking to the Commons to give it a meaningful vote on the draft agreement requires the Commons have time and opportunity to consider and debate the agreement, with the option to reject it if it is unacceptable.  But the alternatives to the agreement will always be either another agreement, if such can be reached, and, in the end, no agreement (no deal) at all.  Exiting the EU without an agreement is the default option, which is not to say that it is likely but rather is what will happen if the Government cannot agree with the EU terms which the Commons will approve.

If the Commons fails to reject the Grieve/Hailsham amendment and restore the Government’s amendment, or some version thereof, then the risk is that the Commons will be invited to attempt to take over the negotiations directly in the event that they fail.  And they will be much more likely to fail, at least in the first instance, insofar as the EU will be fully aware of this dynamic and will have a strong incentive not to present the Government with acceptable terms, instead relying on the Commons to force the Government to accept whatever terms are in the end dictated.  It would be a very bad mistake indeed for Parliament to disarm the Government in this way.

Note that strictly nothing in this series of moves and countermoves bears on whether the UK leaves the EU.  As I argued in an earlier post, Article 50 has been triggered, which sets in motion the process of the EU Treaties ceasing to apply to the UK.  The UK’s membership of the EU is a matter of international law and Parliament, while sovereign in our legal system, is incapable of calling back the Article 50 notice or mandating that the UK is to remain an EU member state.  The most that Parliament may now do is to change the Government’s duties as a matter of UK law or as a matter of practical politics.  In extremis, Parliament could impose a legal duty on the Government to ask the EU to extend the Article 50 period or even to withdraw notice of our intention to leave altogether.  Whether that notice can be withdrawn is a question of EU law, which would be intensely political (the EU would not want us to remain without imposing extremely onerous terms, including the end of the UK’s rebate and probably various opt-outs, say to the euro or Schengen).  It would be very difficult indeed for Parliament to require the Government as a matter of law to attempt to withdraw the Article 50 notice and thus to abandon its commitment to honour the referendum and to leave the EU.  However, if the Commons were to cease to support the Government it would fall and it is possible – if still very unlikely – that a new Government might take a different view.

The Grieve/Hailsham amendment should be rejected.  It may be sincerely intended to provide a robustly meaningful vote to the Commons or to minimise the risk that the UK’s exit from the EU is chaotic.  If this is the intention, then the amendment is unnecessary and may be self-defeating.  Alternatively, the amendment may be a stratagem to hamstring the Government’s negotiating position and maximise the chances that the UK is forced to accept terms that amount in practice to continuing subjection to EU law (without participation in EU decision-making: a truly objectionable plight for a free people) or terms that are so objectionable or oppressive as to provoke the UK public to despair of its decision to leave the EU and to beg leave to remain.  Either way the clear duty of the Commons (and thereafter the Lords) is to reject the amendment.