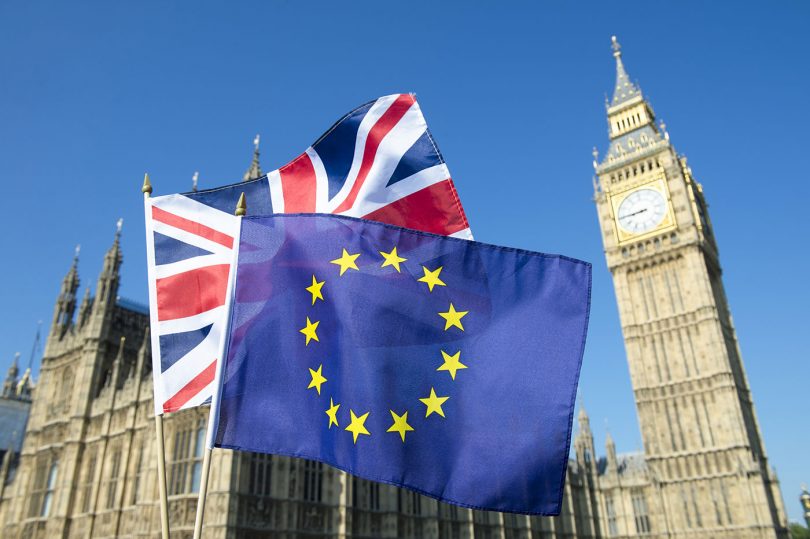 Europe’s loss of faith in itself spawned the European project. We may soon find out whether Britain has caught the same disease. Momentous days lie ahead.

The European Union is many things, but at heart it is a political project. Its law of motion is the management of vast swathes of political, economic, and social life by a dining club of appointed ministers and unelected commissioners. The only modicum of scrutiny comes from a parliament of obscure figures elected on miniscule turnouts, lacking an organised opposition, or any other traditional form of democratic accountability. It is not a totalitarian regime: despite its fondness for naming things after Holy Roman Emperors, it is not the Third Empire, the Fourth Reich, or the Fifth International. But as benign as its intentions may be, its style of politics is an existential threat to the principle of democratic self-government throughout the European continent: the principle of the government of the people, by representatives elected by and accountable to the people, and subject to daily scrutiny by democratic institutions. A graduate degree from Oxbridge is not required to understand the merits of this principle, and those merits are not only moral. Democratic politics offers a safety valve for the pressures of social life; legalistic bureaucracy is a charter for seething frustration.

The European Union is also an economic system. It is neither a Trotskyite conspiracy nor a neoliberal plot. Its policies of moderate protectionism outside the Continent and free markets within are not obviously at odds with the finance capitalism or research and development that underpin the prosperity of places like the south-east of England. At the same time, they have underwritten the lazy acquiescence of successive governments to the rise of branch-plant economies in less fortunate regions: places like Wales and northern England, dominated by menial assembly work, the low-skilled service sector; a precarious existence sustained by transient foreign investment and government subsidy, where hope and opportunity are slight. The rhetoric is European integration; the reality is Britain (and other EU countries) coming apart at the seams.

And the European Union is a social project, proclaiming universal tolerance, free movement, and the projection of peace over the Continent and beyond. Once again, the harmonious rhetoric is at odds with reality. Nationalist movements in western Europe are at their highest tide in decades, from Scotland and Catalonia to the National Front and the Northern League. The mismanagement of the migrant crisis has deepened a humanitarian catastrophe in the Mediterranean. And migration flows within the continent have ended in voluntary ghettoes and mounting resentment between newcomers and settled populations. Meanwhile, impotent posturing on the world stage has done nothing to advance the cause of peace in the Middle East or to resist Russian incursions in eastern Europe.

When Britain voted in June 2016, it made a bold statement about Europe’s troubles and how they could be solved. In place of the Union’s chaotic mixture of dictation and paralysis, it asserted that governments must be accountable to their people, the economy would have to be reformed, and nuanced thinking was required about social harmony and foreign policy. There was never any hope that Europe would meet this declaration with support or understanding. France abandoned popular government when it created the monarchical presidency of the Fifth Republic; the bureaucracy of the EU is but a projection of its own technocratic state. The rest of the Continent is still haunted and paralysed by its descent into Pandora’s Box during the last century.

This parting of ways reflects a deep-rooted difference between British political culture and the Continent. The history of European integration is a naïve attempt to hand political questions over to committees of bureaucrats and experts, seemingly in the hope that they will resolve themselves. As teleology goes, it puts the Whig view of history to shame. Britain’s political tradition is not Whiggish; it is adversarial. Where other Europeans sought an institutional equivalent to the end of history, Britain sought to navigate the course of history through division and debate. It confronted history, instead of crafting a virtual reality.

Remainists have often disparaged a ‘myth of greatness’, supposedly misleading those who voted to leave the EU. Small wonder: for three generations, their forebears have used a myth of decline to sell the European project. It is the same voice that now tells us to clamber, sheepishly, back into the virtual reality of the European Union. It’s mediocre, they admit, but it’s the best you’ll get. Delusions of grandeur are indeed dangerous – the idea that the European Union is a force for peace and prosperity is a case in point. But politics is a daunting task, stalked by the unpredictable future, full of decisions riven with downsides, dangers, and complications. Without courage and self-confidence, the ordeal would be overwhelming. Europe’s loss of this faith in itself spawned the European project. In the next few days, we may find out whether Britain has truly caught the same disease. If that turns out to be the case, those responsible will have only deepened our troubles – and Europe’s, too.