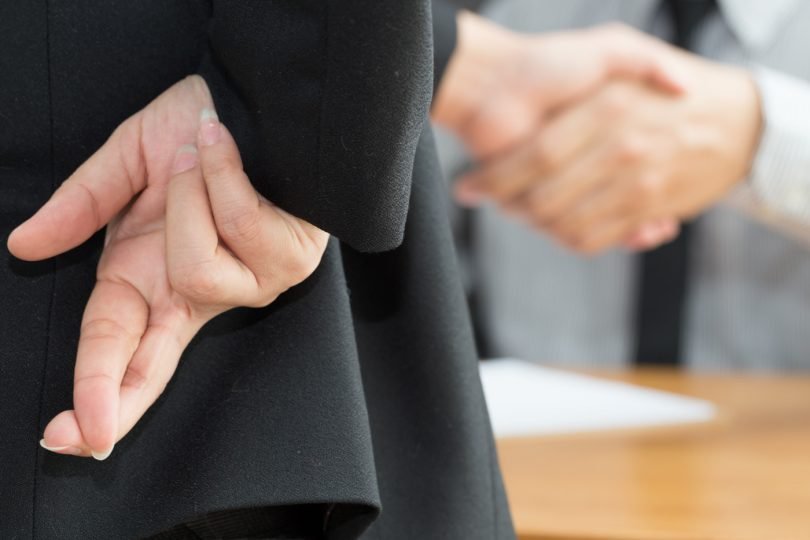 Dr Ian Moody condemns the use of personal abuse in Gina Miller’s speech to the recent Liberal Democrat conference.

However, an uncomfortable question arises from Miller’s assertions: if she genuinely believes in respect for democracy and parliamentary sovereignty, why is she supporting the call for a second referendum on our membership of the EU, thinly disguised under that euphemistic expression, a “People’s Vote”? Furthermore, if she believes we should respect the sovereignty of a democratically elected parliament, why has she spent the last two years doing everything in her power to discredit that sovereignty?

“Now more than ever, on all sides of the political arena“, she claimed in her speech, “we need statesmen and women doing what they genuinely believe is right for our country“. Indeed, we do need such people, but unfortunately Miller seems to be quite unable to accept that MPs who reject her call for a second referendum on EU membership are doing what they genuinely believe is right for our country. She claims that “our politics has become warped. Suddenly our friends are our enemies, our enemies our friends. Lies have become facts, facts have become lies“. In Miller’s opinion Brexit was a fiasco unleashed by a democratically elected sovereign parliament and that “we have every right to expect more of our politicians to be better than this: to stop the lies, to find their courage and honesty – to put the country before their careers”. So, our politicians are liars and cowards, and they are cynically failing “to put values before vanity and careers”. Such statements are not only grotesque generalisations, but even in an age of widespread cynicism about politics and politicians, they represent a depth of cynicism which is breath-taking in its contempt for the honesty, sincerity, and integrity of those who disagree with her.

The increasing use of name-calling and personal abuse by the so-called “People’s Vote” campaign, in their attempt to find some way of reversing the democratic decision to leave the EU, has repeatedly revealed their inability to engage in reasoned argument and debate, and their unwillingness to respect the views of those with whom they disagree. For any liberal democracy to remain healthy, it is essential that issues can be publicly debated without resorting to name-calling and personal abuse. What those who engage in such behaviours fail to realise is what it reveals about their own values and attitudes: that respect for rational argument, and alternative viewpoints, has been replaced by contempt. Contempt is a poison which inexorably corrodes and destroys rational argument and replaces it with the expression of visceral negative emotion. In an era when civilised members of society, and those in public office, rightly protest at the appalling level of personal abuse which is so apparent in social media, educated members of society who engage in personal abuse in public debate should ask themselves what sort of example they are setting by engaging in such behaviours.

However, whilst engaging in name-calling and personal abuse is contemptuous enough, what Miller unleashed in her speech is something much more unpleasant, much more offensive, and much more dangerous: moral denigration and condemnation of those who oppose the idea of a second referendum. Her assertion that parliament is full of cowards, liars, and cynics for whom personal vanity totally over-rides any concern for the future good of the country, is lamentable enough, but the implication must be that the electorate itself is also riddled with people who are either ignorant, blind, stupid, or as morally bankrupt as the MP’s which Miller sees them as having voted into Parliament. It is difficult to see this as anything other than a further descent into the gutter in the public debate about Brexit.

Miller’s attacks on the honesty, sincerity, and integrity of those who disagree with her is astonishing and lamentable, but there is something else implicit in her attacks which is equally, if not more unfortunate: that those who wish to try to overturn Brexit, by means of a People’s Vote, are morally superior to those who don’t. This assumption is presumably driven by a belief that those calling for a People’s Vote are more enlightened because they can see moral truths that those opposing a People’s Vote either cannot see, or wilfully refuse to see.

The use of moral denigration and condemnation of opponents, in a wide range of public debates is, sadly, the gutter into which some people increasingly choose to sink when name-calling and personal abuse has failed to silence those who disagree with them. Healthy, lively, rational debate which demonstrates respect for alternative view-points, is the lifeblood of a healthy democracy. The descent into name-calling, personal abuse, moral denigration and condemnation, shows contempt for rational debate, and respect for alternative viewpoints. Not only is that absolutely lamentable, it is extremely dangerous. Clearly, any rational arguments by Miller, and others calling for a People’s Vote are entirely healthy and deserving of respect in a liberal democracy. However, rejection of rational argument in favour of name-calling, personal abuse, moral denigration and condemnation of opponents, is neither healthy or deserving of respect.

Given Miller’s astonishing claims about the honesty, sincerity and integrity of MP’s in the UK parliament one must assume that one of the reasons that she wants to reverse Brexit is because she thinks the political system in the EU is superior. Miller should read Why Vote Leave, (2016) by MEP Daniel Hannan, in which he details the open contempt for democracy expressed by members of the educated elite in the multifarious political structures of the EU.

She should also read Adults in the Room, (2017), by Yanis Varoufakis, the Greek finance minister who abandoned his career as a professor of economics in the academic world, to try to save his country from the ever more appalling state it was being driven into as a result of the merciless and absurd policies being pursued by the EU. What Varoufakis found was a level of cynical self-interest and ignorance in some of the most senior officials in the EU which was so serious that he resigned his post as Greek finance minister after just 162 days. He described the EU as having a “callous disregard for democracy”.

Miller should also read The Great Deception, (2016), by Christopher Booker and Richard North, an astonishingly well-researched book which details the hidden intention to ultimately turn Europe into a centrally-controlled super-state by gradually locking member states together economically, whilst at the same time relentlessly reducing their national sovereignty with each successive treaty, an intention which French President Emmanuel Macron stated quite clearly in his book Revolution, (2017), that he intends to pursue to its final end in order to save the EU from collapse.

Miller might also read Europe: The shattering of illusions, (2012), by the former President of the Czech Republic, who frequently warned the EU, after the Czech Republic joined in 2004, that full political union was increasingly moving towards a highly bureaucratic state run by a political class which showed little concern for the people it ruled over. In his view, it was this kind of ever more centralized, and ever-expanding bureaucracy, which finally brought down the Soviet Union and its satellite states in 1989, an experience which he had witnessed first-hand since his country had been one of those satellite states.

Miller, and all those who are fighting for a second referendum, have every right to argue their case in a liberal democracy. That is not the issue. The issue is the extremely unfortunate, misguided, offensive, and potentially very dangerous methods which are repeatedly being used to try to achieve the outcome which the People’s Vote supporters are fighting for. The movement needs to eschew name-calling, personal abuse, moral denigration and condemnation, and return the public debate on Brexit to one based on rational argument and evidence, instead of fuelling more and more negative visceral emotions through the use of offensive language and self-righteous finger-pointing. There are rational arguments for leaving the EU, as there are for staying in the EU. The public needs to hear all of those rational arguments.

If you are interested in articles on other subjects about the case for a return to rational argument, based on evidence, in public debate please visit thesleepofreason.net