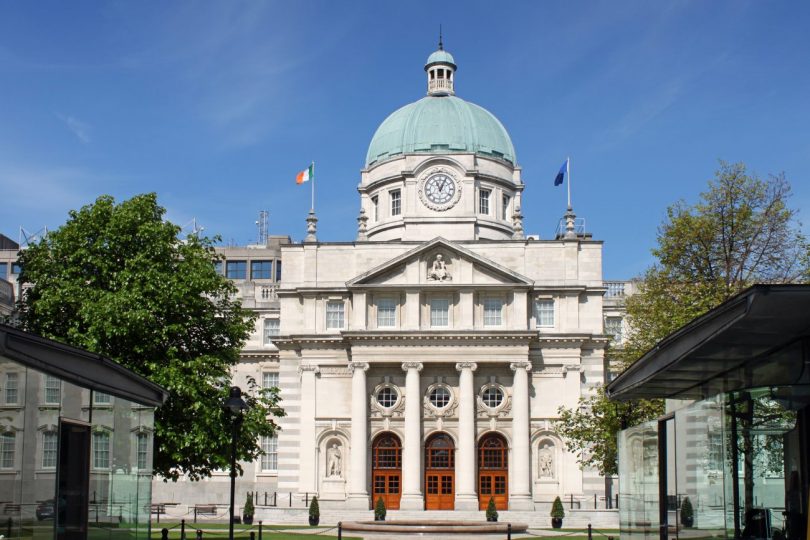 The reason why the Brexit Irish border problem has so difficult to solve is the same as the reason why the Northern Ireland problem has never really gone away. This is that nationalist Ireland will never give up on its ambitions for a united Ireland. It is using Brexit to further this aim. It does not matter that the Good Friday Agreement boldly stated that the decision to remain within the UK was ‘the settled will of the people of Northern Ireland’. Nor does it matter to nationalists that the Good Friday Agreement says little about the EU, except as a fact of geography. The EU played almost no role in the Good Friday negotiations, unlike the Americans who put a major effort into achieving a settlement. Meanwhile the UK government backed by the DUP are trying to arrive at practical solutions. Both the UK Government and the DUP have said they want to avoid a physical border. Both have obviously no desire to present easy targets to dissident republicans, even if the latter are highly penetrated and largely, but not wholly, ineffective in most areas. So, we have two ships passing in the night with no communication between them.

The UK Brexit Position paper on the Irish border outlines as much as it conceivably can, at this stage, to explain how an open border can be maintained. Under the UK plan there will be no border posts and no stopping of individuals going about their business. Nor is intended to stop lorries. Instead, companies can inform the Government of their exports and imports and vehicle registration technology can track their movements. Modern technology has revolutionised the possibilities. On the US-Canada border, for instance, drones are used, as well as land based cameras, to track vehicles. Nationalist ‘remainers’ have maliciously given the impression that what is involved is a return to the Troubles era with soldiers and observation towers. Nothing could be further from the truth. Even today only 1% of consignments of imports into the Republic of Ireland are physically checked. There is no reason why this should change after Brexit, and any checks can be done away from the border itself.

One anti-Brexit charge is that smuggling will become commonplace. The reality is that it is already common. There are no tariffs to be paid at the border yet, but there are excise duties payable on alcohol, fuel and tobacco. These dues are currently collected without stopping any legitimate lorries at the border or anywhere else. The same can be true for tariffs, if necessary, after Brexit.

The UK Government has also suggested that small traders will be exempt from duties. This may cause some problems because World Trade Organisation rules say that all suppliers from anywhere in the world must be treated the same, but some way will be found around this difficulty. Proposals were also made to prevent traders from outside the UK sneaking goods into the EU via the Irish border. Most recently the UK Government is proposing to devolve the setting regulations in agriculture and energy to Northern Ireland so that Northern Ireland can match EU regulations to maintain a smooth flow of exports.

It is hard to imagine how much further the UK Government could go at this stage. Bizarrely it is being asked to make written promises on border administration before the trade arrangements have even been discussed. Even worse, the Irish Government threatens to veto moving to the necessary trade negotiations. Talk about putting the cart before the horse. Much of the broadsheet British media foolishly take the Irish position at face value. They usually fail to ask why the Irish are not pursuing a free trade agreement like that recently agreed between Canada and the EU. They also do not mention, or do not know, that the open and constructive moves by Varadkar’s predecessor, Enda Kenny, have been abandoned by the present Irish Government. Work to investigate the usefulness of electronic border technology has been stopped.

The Irish stand to gain most from a free trade agreement but almost never mention it. The EU Commission back them with rude dismissals of positive UK overtures, describing these as ‘magical thinking’. The only way to make sense of the Irish contortions is in the context of a united Ireland. The problem with Brexit from their point of view,  is that it represents a relatively clear reversal of a slow but one-way process towards unity. A borderless Ireland, with both parts within the EU, felt like a move in the direction of Irish unity. The dream of Good Friday architect John Hume was that both north and south could become regions of seamless Europe. Of course, Hume never made the argument that the UK and Ireland could coalesce in this way. It was always about Irish Unity.

Ireland’s foreign minister Simon Coveney gave the game away last week by announcing in the middle of these fraught negotiations that he wanted to see a united Ireland “within his political lifetime”. The Irish Prime Minister, Leo Varadkar, repeatedly says that Brexit is a British problem and Ireland will play no role in helping to achieve a light border. He appears to have miscalculated that he could trundle the UK back into the EU Single Market and Customs Union, perhaps misled by Theresa May’s political weakness, and the urgings of influential British newspapers like the Financial Times.  In fact, his real problem is with Brussels.

The UK may take a relaxed view of the border, but the EU shows little sign of being reasonable, insisting instead that the UK must not be seen to come out of Brexit undamaged. If they persist in this, the real loser will be the Republic of Ireland where exporters are already suffering from a high exchange rate. The UK wants free trade, and if it gets it Northern Ireland firms will suffer minimal financial damage. Without free trade, dairy firms may have to redirect their production from EU to GB markets, which will be disruptive, but in the long-run they will also be OK.  Most other Northern Ireland firms will notice little difference since EU tariffs are so low, and because they are already compliant with EU regulations.

This article first appeared in the Belfast Newsletter December 2017.