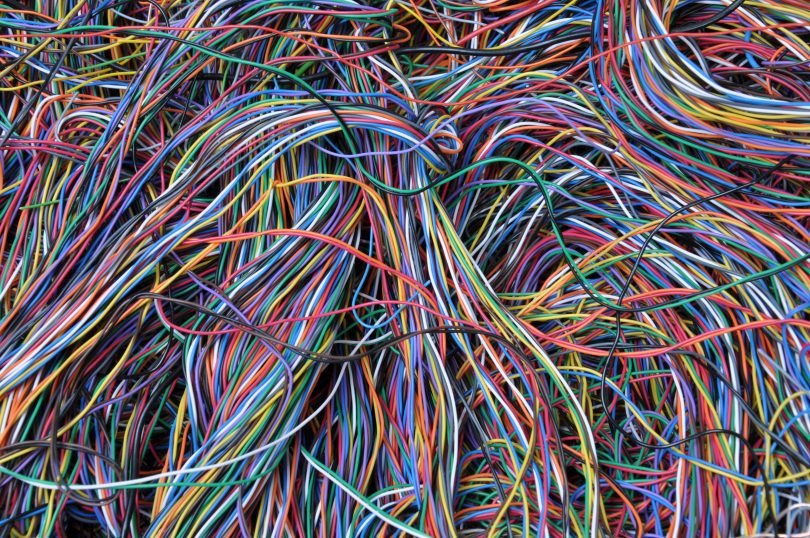 Lee Rotherham asks what is meant by ‘no deal’ on Brexit. Of the several hundred issues needed to be dealt with under ‘no deal’ about four fifths, whether IT, legal, administrative or systematic , are relatively straightforward to deliver, providing there is good will on both sides. However, one fifth of the issues seemed set to create four fifths of the negotiating work.Even in a realistic worst case scenario, the doom mongers should burn most of their placards.

According to some pro-EU campaigners still unhappily trapped in the lonely rock pools of the post-referendum shoreline, the UK has no practical alternative but to fuse itself to the Single Market and Customs Union.

But as Project Fear gives way to Project Jelly, how true is the corollary argument? To what extent can No Deal genuinely be better than a Bad Deal? And, core to this, what do we really mean by “No Deal”?

This fundamental question is going to be rather important in the days ahead and it is important to grasp a few key points about the alternative default that would emerge – if handled professionally, and entrusted with the right resources – if our own target deal was not reached.

Happily, we know work has been going on over precisely those forms of mitigation. Reporting from 2017 revealed that there were 300 programmes that had been set up to establish No Deal work arounds (other reporting has alternatively described this as 300 committees). Media coverage in the last couple of days now suggests that an “EU exit capability team” was quietly established in May to provide central oversight to this task.

Whatever the administrative format, their workload and indeed much of the output can, with patience and effort, in fact largely be predicted from the outside.

Over the course of three months after the referendum Vote, I spent a rather joyless autumn putting together a Brexit Risk Register. It is basically a 200 page document that mostly simply lists bullet points of things that Government needed to make sure still worked after Brexit happened.

I am not going to go into the listings themselves and some of the recommendations that fall out of them, which would simply serve to supply the basis for a thousand Parliamentary Questions to distract Whitehall officials even more from their crucial task at hand. I also don’t pretend to have captured every detail (and some of them are gloriously arcane: my favourite remains legislation over eel ladders). But it might be useful in general terms for people to apply some of its principles.

According to my audit, about four fifths of the issues individually listed – whether IT, legal, administrative or systematic – are relatively straightforward to deliver, providing there is good will on both sides. That, it might be stressed, is an important caveat, though it applies to the negotiations anyway as a whole.

One fifth of the issues seemed set to create four fifths of the negotiating work. This element constitutes at one and the same time the crisis points of the Brexit debate, but also the marked difference between being in a functional but flexible free trade arrangement and signing up to full EU membership.

However, another critical point should also be observed. The other 80 per cent also constitutes the difference between the Cliff Edge default we have heard so much about, and what’s been officially called a Strongly Mitigated No Deal. In other words, even in a realistic worst case scenario, the doom mongers should burn most of their placards.

Our assessment in most cases is that, unless counterpart negotiators are hostile, identifying the issue already goes a large way towards solving it. In many cases, the absence of legal clarity is the risk at stake. In some, it is confirming that recognised standards certifiers – whether a veterinarian, or a quango official, or somebody from for example an organic honey association – remains signed off as an accredited authority. While the ‘to do’ list is a very long one and would buckle the door of any fridge it was post-it’d to, it helps that many of these areas are directly or indirectly based on global agreements and international certification arrangements.

Taken collectively, our assessment is that a deal covering most of the elements is, if good will is evident on both sides, achievable.

How did we come to this conclusion? To come up with a working list, we turned the process 180 degrees round. EU Accession countries need to demonstrate compliance in 35 Chapters before they are allowed to join, and reflecting just on these simple listings provides the easiest way to visualise the broad task at hand across Whitehall. You can find the 35 headlines here. The mass of the details then starts to build up when you dig into the individual accession reports of current and past applicant states; and then it expands outwards if you review a complete listing of every unit and desk in Whitehall and the devolved authorities along with their responsibilities, audit the agendas of every current European Council preparatory bodies, assess the replicability of existing third party outreach offices compared to work done with the existing membership of the Euroquangos, and so on.

Once we thus reverse engineer the process into 35 de-accession chapters, features begin to emerge. The first is the absolute irrelevance of many of the hurdles accession states need to jump over, since all the acquis has to be adopted by new EU states, whereas so much of it could be dumped by the UK (if it so chose) without trade consequences. Those doubting the point might simply reflect on the acquis burden carried by EEA states compared with EU members. The exact figure is still hotly disputed, but a middle range estimate is that around half of the EU acquis is simply no longer relevant even if staying in the Single Market by shifting to the Norway option. With alternatively a full Brexit plan, the majority of the remainder, of course, would become of relevance only to UK’s exporters to the. So de-accession, simply put, is easier to achieve.

We can also observe that a considerable share of the usual stumbling blocks have already been agreed. The core problem for accession states is that there is a lack of trust over capability and delivery. Yet today, the UK starts out as a demonstrable bastion for both (otherwise, it would be sanctioned by the Commission on a daily basis). Or to put it another way, as a rule of thumb British manufacturers don’t electrocute, and their farmers don’t poison, their customers.

It’s quite clear from reviewing the series of ministerial speeches from the “Road to Brexit” narrative that the Government’s preferred option, prior to Chequers, was to operate a system of managed divergence, based on a mutual recognition of standards, itself predicated upon trust that both sides will look after the consumer.

The precedents of BSE and, conversely, EU horse burgers hinder the prospects of that approach for foodstuffs. However, the principle is an established feature of how the EEA operates, since any of the participating EFTA states do have the stated right to diverge from the acquis, with the effect that the Single Market is suspended with respect to that element. So the precedent for the model does exist. And even if M. Barnier, as deadlines approach, is not strong-armed by the Council to be more open minded over Single Market access provisions, the principle does still apply in managing transition involving the interaction over knowledge and information – whether academic exchanges, flight plans, safety certificates, or criminal profiles.

So there is no genuine reason, other than hostile intent by the Commission, why so many of these issues could not be readily resolved. Though there is a critical caveat here. Any Brexit deal posited by the May Government that suggested shadowing EU regulations but without an inbuilt “Divergence and Consequences” clause (that set out the route and rules for ending doing so by either side) would be a clear breach of commitments made during and after the referendum.

We might briefly also reflect in comparison on how the EU’s Free Trade Agreements (FTAs) work. Despite the apparent complexity and scale of the headings set out in the EU-South Korea FTA, the number of meetings involving the relevant working groups that manage the arrangement are limited. Their schedule can be contrasted strikingly with the equivalent workload of internal EU committees: more so again when one considers the replicative effect based on work being done at the UN Economic Committee for Europe (UNECE) and other international locations higher up the standardisation stream.

The fundamental reality about prepping for a No Deal scenario is that the other side simply don’t believe you in negotiations if you are not seen as serious. Failure to prep, by emboldening the Commission and encouraging it to heighten its demands, in itself makes the No Deal scenario more likely to happen.

Our current situation is eerily reminiscent of the closing days of the Convention on the Future of Europe in 2001 to prepare a constitution for the EU. In the final week, the end draft fell into the hands of the UK press, and they went ballistic. I gather that the EU’s hierarchies were only notified when the future Lord Kerr, then Secretary  General of the Convention, was told about the headlines by a relative. Total systemic shock followed as the enormity of their blunder sank in. The whole of Institutional Brussels was completely blindsided by this media revolt against a stitch up they thought had been in the bag from the beginning.

The Commission when it gets hubristic is notoriously bad at reading British tea leaves (perhaps because it’s an area that’s tariff free).

The cock up happened then. It can easily happen again. The odds are now short, and Whitehall needs to be ready.