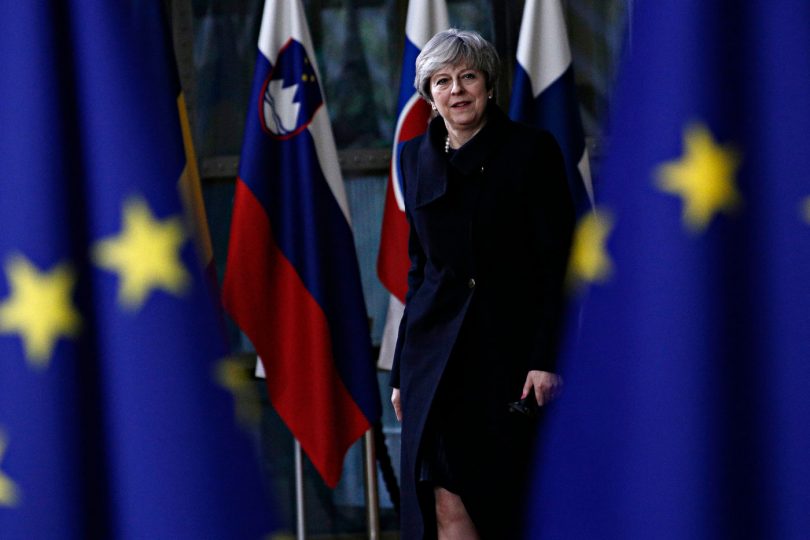 So this week’s Brexit News is that we are not a lot closer to any kind of agreement with Brussels than we were a year ago. As a result, we seem to be heading inexorably for a hard Brexit.

The elephant in the room is that there are serious problems at the heart of Project Europe. It’s a reflection of a fundamental malaise in its design and of the bureaucrats’ attitudes towards the member states – an inability to engage in a grown-up discussion and a paternalistic “We know what’s best for you, so behave yourselves in the back row” attitude. This reflects an abject terror that any concessions to the UK might result in a deluge of applications from other member states for similar treatment.

So this week’s Brexit News is that we are not a lot closer to any kind of agreement with Brussels than we were a year ago. As a result, we seem to be heading inexorably for a hard Brexit. A cause of much hand-wringing on the Remainer side. They might have been well advised to have read Yanis Varoufakis’s recently published Adults in the Room: My Battle With Europe’s Deep Establishment – an account of his largely fruitless attempts, as the Finance Minister of the new Greek Government, to negotiate with Brussels over the Greek bailouts. It makes very enlightening reading, not just about the process of negotiation but also about how Brussels works behind the scenes.

Much of what we have witnessed in the last year has been a depressing rerun of Varoufakis’s experiences. EU ministers that say one thing in private, and then quite the opposite in public when under the baleful glare of the powers behind the EU throne. A browbeating (and unelected) bureaucracy dictating what individual member states can agree to, even if it’s not actually in their interests. The classic tactic of insisting that matters of process (the divorce in our case) be agreed before matters of substance (any future trading relationship), when common sense dictates that it really should have been the other way around. The privileging of principle above common sense – a willingness to jeopardise not just the British economy, but the whole of the EU’s, rather than sacrifice principles that are neither especially sacrosanct nor actually essential to Project EU. A bullying attitude towards the opponents across the table rather than one intended to find common ground. Briefing against opponents in a blatant attempt to wrongfoot them and weaken their bargaining stance. Attempts to exploit disagreements in the opponent’s political establishment at home in the hopes of weakening them further. The erection of minor issues (the Irish border?) as a distraction to prevent substantive negotiations on the things that really matter. (Why the Irish border should have been prioritised rather than Gibraltar’s much more problematic position is a very interesting question that, so far, no one seems to have thought of asking….)  The repeated assertion that things are looking hopeful but that they are still waiting for some concrete proposals to be tabled (meaning: you haven’t capitulated yet and we are just waiting patiently for you to give up and accept whatever we insisted on before the negotiations even started). Post-meeting briefings that were clearly written even before the negotiators sat down for the day’s discussions. The list goes depressingly on and on.

The reality, of course, is that the UK Government has made concession after concession in an effort to move things forward.  But to very little avail. The elephant in the room, as Varoufakis came to be only too painfully aware during the 2015 Grexit negotiations, is that there are serious problems at the heart of Project Europe. It’s a reflection of a fundamental malaise in its design and of the bureaucrats’ attitudes towards the member states – an inability to engage in a grown-up discussion and a paternalistic “We know what’s best for you, so behave yourselves in the back row” attitude. Of course, in part the EU’s current unwillingness to compromise reflects an abject terror that any concessions to the UK might result in a deluge of applications from other member states for similar treatment. That they are so angst-ridden about this should alert them to the fact that “something is rotten in the state of Denmark”. But like many caught in flagrante in the headlights, Brussels would rather blame the inconsiderates who switched on the headlights.

None of this is helped, of course, by the fact that Brussels still has no real idea why the UK voted to leave the club – as my casual discussions with Brussels functionaries has amply demonstrated. Instead of grappling with the uncomfortable fact that there may be problems with the way the EU was set up and is being run, they would rather try to bully any latter-day Oliver Twists who have the temerity to speak up.  The problem is, in large part, the sheer size of the organisation and the way this inexorably generates a self-fulfilling bureaucratic explosion. One of the inevitable consequences is that, as organisations become larger, they become more authoritarian and hierarchical in outlook, not to mention self-justifying.

We have, of course, been pleading for reform of the EU ever since Maastricht a quarter of a century ago – indeed, ever since Mrs Thatcher’s Bruges speech in 1988 with its plea for a more open, less inward-looking organisation.  It has elicited little more than a disdainful Gallic shrug. So much for those who have argued that reforming the EU is one overriding reason why we should remain within it. And our achievements to date on this particular score have been exactly what?

It requires deep experience of the democratic process to develop the mindset needed to underpin the kinds of bottom-up management structures that are necessary to allow any democratic institution on the scale of the EU to work. The only way it can be done is the way the two socially most successful empires (Rome’s and our own) did – and even they, of course, were not without their internal troubles from time to time. In stark contrast to the authoritarian top-down bureaucracy of Brussels, they were both run bottom-up with considerable local flexibility and freedom. Compare the relatively smooth transition to a post-colonial world in our case with the two very nasty colonial wars in which the French became embroiled as a result of their attempt to run their colonies as they still run France – top down from the centre.

As Varoufakis found out, this is the kind of knowledge largely lacking from the bureaucrats of Brussels, almost all of whom come from countries that do not have long democratic traditions and which lack the kind of apolitical civil service necessary to make that work. For Varoufakis, that was manifested by the fact that members of the Greek civil service and its government were actively working and briefing against him throughout his attempts to negotiate with Brussels. The result, inevitably, was a hardening of Brussels’ position, since they were given the impression that if they held their ground the Greeks would capitulate – as, indeed, they did. Pursuing ideological and sectarian interests against an elected government does not signal a triumph of democracy. But then nor does the apparatchik mentality of an authoritarian state.

Robin Dunbar is an emeritus Fellow of Magdalen College, Oxford, and a Fellow of the British Academy.