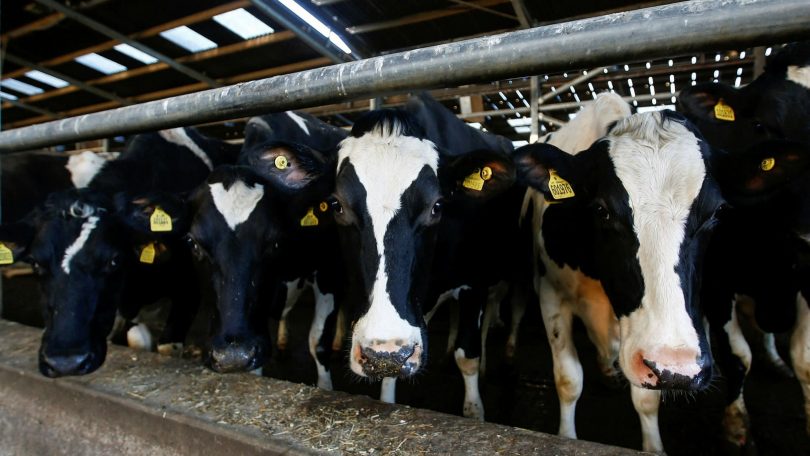 Trade deals don’t guarantee trade, and large tariff free quotas aren’t always filled even when the imported product is cheaper. But the small quotas of the Australian trade deal probably won’t benefit anyone except the incumbent suppliers.

There are several rules in life that should always be followed: never negotiate with terrorists, never ask a two year old what they want for dinner and never let a Farmers Union determine a nation’s trade policy. The reason for all of these rules is essentially the same – if you give in to their demands once, they will see you as weak and demand more.

Unsurprisingly this is what has happened to the UK government this week, having given in to the National Farmers Union’s (NFU) demands to limit Australian agricultural imports in the recent Trade agreement, the Government is still being attacked by the NFU for not having given farmers enough protection and it looks like the NFU are unlikely to ever stop complaining.

Nick von Westenholz, NFU director of international trade, told the FT that even if Australian imports are only taking away trade from the EU, “it will still put downward pressure on prices,” Apparently this is a bad thing, 67 million consumers may beg to differ.

The NFU erroneously claimed that other countries, such as the US, Canada and New Zealand now expected a similarly liberalising package. The NFU seems to be unaware that New Zealand already exports much greater quantities of lamb to the UK than the quota granted to Australia.

More incredibly the NFU President, Minette Batters, tried to claim that the government was failing to protect the UK’s (heavily subsidised) producers and that the trade deal would somehow undermine the UK’s food manufacturing sector, worth more than £120bn per annum to the economy. She failed to mention that the UK’s agriculture sector is only worth £10 billion to the UK economy and that a lot of UK food manufacturing already relies on imported inputs.

According to Bloomberg, Batters commented on the quotas in an email complaining that the initial 35,000-ton cap on beef imports from Australia was an “enormous volume”. I would have expected the President of the National Farmers Union to know that this is not an enormous volume, the UK imports on average about 240,000 tonnes of chilled of frozen beef each year. Last year eighty per cent of these imports came from the Republic of Ireland, that is 173,000 tons of chilled or frozen beef. In the grand scheme of things even 173,000 tonnes isn’t an ‘enormous volume’. The UK consumes on average 1.1 million tonnes of beef each year and UK farmers have never been able to produce enough to meet UK demands.

But things have now moved beyond farce. Now the farming Ministers from Scotland and Northern Ireland have sent a letter to Liz Truss, asking for assurances about the trade deal with Australia. In the letter they state that they are “concerned by the size of the quotas which after 15 years equate to 16% of UK beef consumption and 49% of UK sheep meat consumption”. These proportions are of course calculated using the beef and lamb consumed in the UK today – in fifteen years time there is a chance that the population may have increased, and meat consumption increased with it. The Farm ministers are also falling into the trap of imagining that quotas are always filled. They aren’t.

But the Farming Ministers go on to give the whole game away as to who they are really trying to protect – not their own constituent farmers. Apparently, they are “not reassured about claims that Australia will not be … seeking to replace imports from other countries.” Whoa! Two UK agricultural ministers want reassurance that Australia will not be seeking to replace UK imports from other countries. Are they talking about the Republic of Ireland – the real beneficiary of the UK Australia Trade deal? While all of the attention has been on the pitiful, tiny, unusable quotas given to Australia, the real winner from the NFU’s whingeing has been Ireland.

The letter claims that it is somehow unfair that in 15 years’ time Australia would be able to export the same amount of beef to the UK that the Republic of Ireland exports to the UK now. To put that another way, the amount that theses agricultural ministers claim will damage UK farmers if it is imported from Australia in fifteen years’ time, is already being imported into the UK but from Ireland. So where was the outrage from these ministers when the Trade and Cooperation Agreement (TCA) was signed with the EU in December?

The Irish just pulled the greatest bait and switch trick ever, first they get UK farmers hysterical about Australian beef so that no one will notice that the real threat to UK framers, (and benefactor to UK meat consumers), is the Republic of Ireland. It is Irish farmers that are undercutting UK farmers not their Australian second cousins.

However, there is another important point here. There is no quota on Irish beef, technically unlimited quantities of Irish beef could be imported into the UK and Irish beef was on average 7.7% cheaper than UK beef in 2020, and yet the UK only imported 173,000 tonnes of it. So why have UK farmers been hoodwinked into believing that unlimited quantities of Australian beef will be imported into the UK unless it is tightly constrained? Or is it the Department of International Trade that believes this?

The thirty-five thousand tonne quota is a useless amount, as the UK consumes about 1.1 million tonnes of beef each year, it is not enough to supply even a small supermarket chain. So, even if Australian beef is cheaper than UK beef, it is unlikely that UK consumers will be able to buy it directly. As 35,000 tonnes is not enough to guarantee supply, large meat processors will not want it either as they also need larger quantities. At best, the beef imported from Australia will go into the restaurant supply chains.

But when it comes to lamb/sheepmeat the DIT has erred in the other direction. In the last five years the UK has imported on average 67,000 tonnes of lamb with a high point in 2016 of 82,000 tonnes. Even in the 1950’s Australian lamb exports to the UK rarely topped 40,000 tonnes unlike Australian beef exports that were generally over 100,000 tonnes in the 1950s. Yet this trade deal gives Australia a starting quota of 25,000 tonnes – which is useable as total annual UK lamb consumption is about 300 thousand tonnes. But unlike the beef quota – in ten years time, the Australian lamb quota would be more than the UK’s total lamb imports now and in fifteen years’ time would be almost double the UK’s present lamb imports. Obviously, someone in DIT is expecting more people to eat a lot more lamb in the future.

The proof that trade deals don’t always equate to trade and that quotas are not necessary, is the New Zealand lamb quota. New Zealand already had a large lamb quota for the whole EU of 228,000 tonnes. After Brexit the EU insisted that the UK take half of the quota, 114,000 tonnes. This is historically fair. The EU is after all a Customs Union designed to protect its industries by restricting imports and besides most Central, Northern and Eastern EU countries don’t eat lamb. When the UK joined the EEC, New Zealand was granted the quota because in the 1970s exporting lamb to the UK was one of NZ major industries, and the UK used most of this quota outside of its own lamb season. At the time Australian farmers mainly kept sheep for wool so were only given a 19,000 tonne sheep meat quota.

So how much lamb does that UK import from New Zealand? Well, the average over the last 5 years have been about 45,000 tonnes. But but but… yes. Just because there was a quota for 228,000 tonnes doesn’t mean that importers filled it. And according to the AHDB, New Zealand farmgate prices for lamb are £2/kg less than UK farmgate prices. So despite NZ lamb being cheaper than UK lamb, UK importers are not filling the quota. And this is not because New Zealand didn’t have enough lamb to sell. New Zealand exported 380,000 tonnes of lamb last year and only 10% of it went to the UK despite a quota to sell over twice as much.

Similarly, despite Irish beef being cheaper than UK beef, Ireland does not supply unlimited quantities of beef to the UK or even all of its exports to the UK. Only about half of Irish beef exports generally go to the UK. Markets find their own equilibrium with large quotas (NZ) or without them (Ireland). Trade deals don’t guarantee trade and large tariff free quotas aren’t always filled even when the imported product is cheaper. But small quotas probably won’t benefit anyone except the incumbent suppliers.

However, farmers unions are rarely satisfied, even foreign ones. According to the Irish Times the Irish farmers and the Irish meat Industry are complaining about the Australian trade deal. At least, unlike the NFU, they know who would really be hurt by commercially sized quotas. Irish beef producers fear that the trade deal with Australia could undermine their exports to the UK and fear they will be undercut by Australian farmers in the future – well at least they are honest. If nothing else the Australian deal could put a lid on any price increases by Ireland.

But then just as Irish farmers are breathing a sigh of relief – along comes the European Commission with their announcement that they will be lifting the ban on the sales of processed animal protein (PAP) animal feed for pigs and chickens. If the UK does not follow suit, and after the BSE crisis who would expect them too, then it may be SPS regulations rather than tariffs, quotas or competition from Australia and New Zealand that keep Irish meat off UK shelves.

This would be very bad news for UK consumers unless UK farmers dramatically increase their production of pork and chicken or the DIT rethinks the size of its trade quotas for grass fed, free range Australian meat.