News coverage this week has focused heavily on the new Covid restrictions, and the carefully-timed release of a video in which press secretary Allegra Stratton joked about an alleged party held in Downing Street last year.

News coverage this week has focused heavily on the new Covid restrictions, and the carefully-timed release of a video in which press secretary Allegra Stratton joked about an alleged party held in Downing Street last year.

Brexit news has also been in a state of convulsion.  A briefing by an unnamed senior official to the Irish Times recently claimed that the UK has dropped its demand to reduce the role of the European Court of Justice in Northern Ireland.  Downing Street has denied the rumours, and there seems to be relatively little solid evidence to confirm the information. 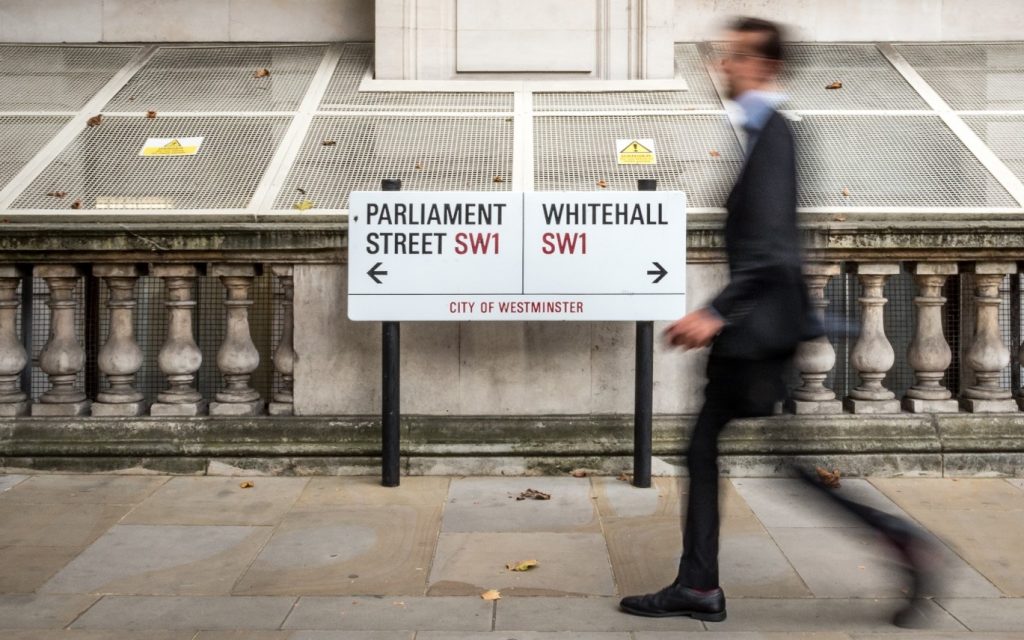 A conflict between elected officials and their civil servants?

According to Lionel Barber’s article: ‘slowly but perceptibly, the Establishment, via an alliance of mandarins and public servants, is staging a rearguard action. While it is too early to call it a full-scale counter-offensive, it certainly qualifies as passive resistance to further random acts of violence by the Tory Brexiteers and an attempt to set some boundaries on Johnson’s behaviour and ministerial conduct.’  If true, these allegations are very concerning.

In more general European news, Australia has continued its re-orientation from European defence by cancelling its order for troubled European military helicopters.  Domestically, Germany’s FDP has expressed support for the EU’s Growth and Stability Pact rules, which will make it difficult for the integrationist SDP to put its money with their mouth is.  Finally, France’s politics continue to drift to the right – an awkward fact for cosmopolitan Rejoiners who want to trumpet the European Union’s Openness.

Robert Tombs and Graham Gudgin have both been active this week, as you can see from our blog section.  Robert has written on French senior diplomat Sylvie Bermann’s recent Guardian article, which is highly critical of Boris Johnson.

What Impact will the Protocol have on the Northern Ireland Economy?, by Graham Gudgin and Harry Western

This is the first of two articles reviewing the potential impact of the Irish Protocol on the Northern Ireland economy. It refutes press claims that the Protocol is having a positive impact and reviews a major new study which predicts a significantly negative long-term impact. Both sets of evidence strengthen the case for major reform to the Protocol.

‘In our view there is strong case for an agreed change to the Protocol along the lines of the UK Command paper of July 2021. This would remove all customs administration and checks for goods from GB destined for the NI market.’

Ignore the blarney – the NI protocol is very damaging for the Northern Ireland economy, by Harry Western

‘The protocol’s key feature, keeping an open border for goods trade between NI and the Republic of Ireland, does not come close to offsetting the massive negative effect of hampering trade between NI and GB with new barriers. This should in no way be a surprising outcome.’

Should Boris apologize to the French?, by Robert Tombs

Sylvie Bermann, France’s ambassador in London from 2014-17, has written an article in The Guardian (4 Dec.) asserting that ‘it is impossible to work seriously with Boris Johnson’s government,’ and blaming Britain alone for the damage to Franco-British relations. How unbiased is her opinion?

‘Perhaps the most important duty of an ambassador is to give her government insight into what is happening – insight that could not be gained just by reading the newspapers… Was this the analysis Paris was being given by its ambassador from 2015 to 2017?  That Brexit was a mindless revolt of the proles manipulated by a few con-men?  Is this one reason why the French government still seems to find Brexit so difficult to accept?’

News of the death on November 15, at the age of one hundred and one, of the Countess of Avon (née Clarissa Churchill) brings back memories of one of the most bizarre moments in my diplomatic life – one that might be seen as a microcosm of our troubled relations with France and Europe.

‘Any idea that we could or should stay the progress towards an “ever close union”, and the onward march of integration was fanciful. And it was the subsequent rash of new initiatives launched by Jacques Delors, as President of the Commission which was the cause of the mounting difficulties.’

Much of this growth is likely to come from non-European markets.  The US has already overtaken the EU to become the UK’s main financial services export market, and growth in the export of financial services to the rest of the world has more than made up for a fall in exports to Europe. Britain has also concluded a digital services deal with Singapore.  This will be a blueprint for further such agreements, helping the UK steal a march in the digital economy on a ponderous Brussels.

The coronavirus crisis has held back the development of UK trade, but the coming years are likely to see non-EU trade recovering and growing further as a share of the total. As well as new trade deals, the stagnant nature of the EU market (as illustrated in a recent House of Commons briefing), faster growth in the rest of the world, low freight costs and UK trade advantages such as the dominance of English as a language of commerce will all contribute to the continued relative decline of the EU as a UK trade partner.

That has not stopped some from playing up bad news.  The Express recently covered a study by the Bank of England, which compared trade as a proportion of GDP in the UK and the EU.  According to the paper’s analysis the EU has roared ahead, while Britain has yet to recover to pre-pandemic levels.  The paper suggests, in turn, that this underperformance results from Brexit.

These headlines comparing UK and EU trade flows may give readers of this newsletter a distinct sense of déja-vu.  On the exports side, Harry Western recently analysed the exports situation for Briefings, arguing that headlines about drops in value were misleading.

If weak erratic and oil exports (neither of which is due to Brexit) are stripped out, UK exports to the EU have actually held up remarkably well.  Moreover, the main cause of weaker UK goods exports this year has been a fall in sales to non-EU countries.  This also does not fit with the view that has Brexit caused the damage.

Small changes in the share of trade in GDP are not significant for economic welfare.  Remainers and various bodies such as the OBR claim that there is a strong link between the trade share in GDP and productivity – but as Briefings has shown, there is actually no evidence for such a link for the UK.  The share of trade in UK GDP has fluctuated over the last century or so, with no discernible link to trend growth rates.