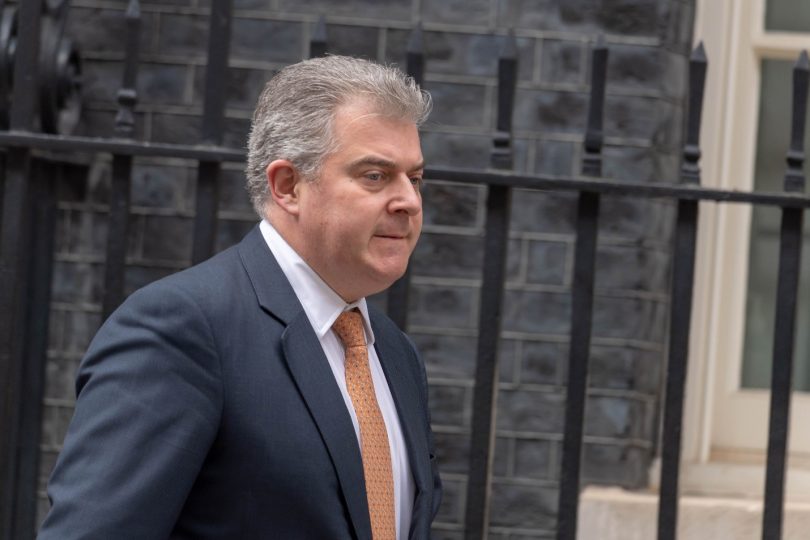 As we predicted, Liz Truss made it to the last two in the Tory leadership contest. It is important that she now secures Tory members’ support to become party leader and PM.

As we predicted, Liz Truss made it to the last two in the Tory leadership contest. It is important that she now secures Tory members’ support to become party leader and PM.  Although Rishi Sunak is a capable and likeable politician he is a quintessential representative of international finance and will not change the UK economy for the better.  We also fear that his support for the union, including ridding us of the NI Protocol, is weak – see this analysis of the candidates’ positions by website Lawyers for Britain, and an article byVeterans for Britain for Briefings summarised below. 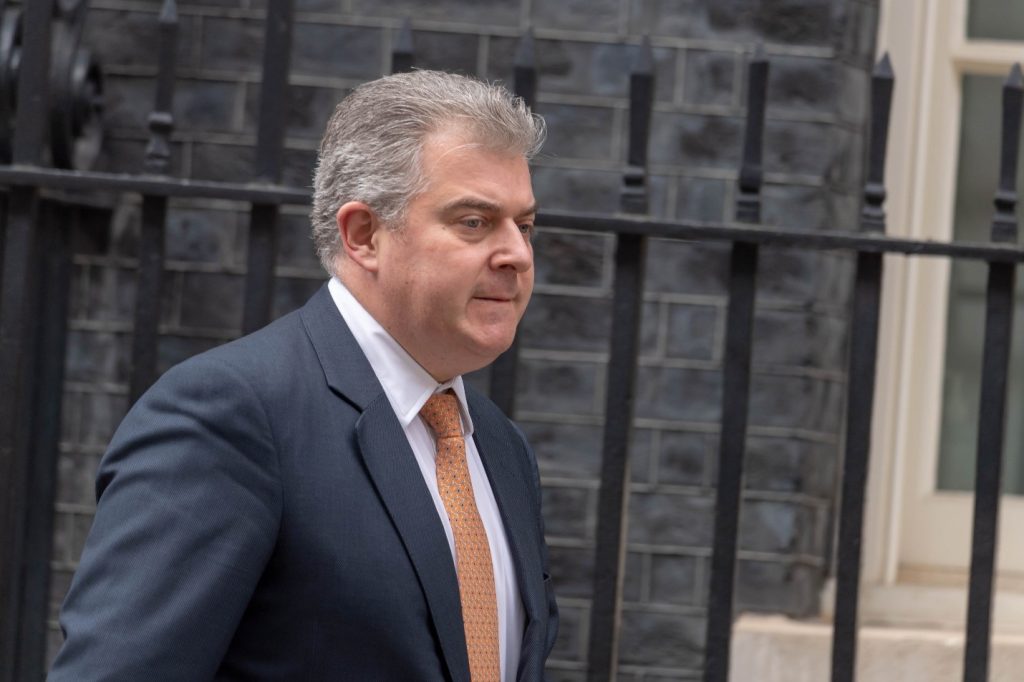 Damningly, indeed, ex-Northern Ireland secretary Brandon Lewis has suggested that Sunak and the Treasury more generally were serious obstacles to his attempts to introduce legislation dealing with the Protocol last autumn.  While this is a partial account from a particular personal perspective, it does reflect the Treasury’s long-standing animus against Brexit – to which Sunak may have succumbed.

Elsewhere in the UK, the Tavistock NHS Clinic has been scheduled for closure.  The Clinic has been at the centre of controversy after its liberal prescription of puberty blockers for children as young as ten being treated for gender dysphoria and so on.  Although the use of puberty blockers will not cease, doctors are being reminded of the need to question and not automatically affirm a child’s belief that they need the option of radical therapy.  This is a step in the right direction, though “woke” views remain disturbingly prevalent in the state sector more generally. 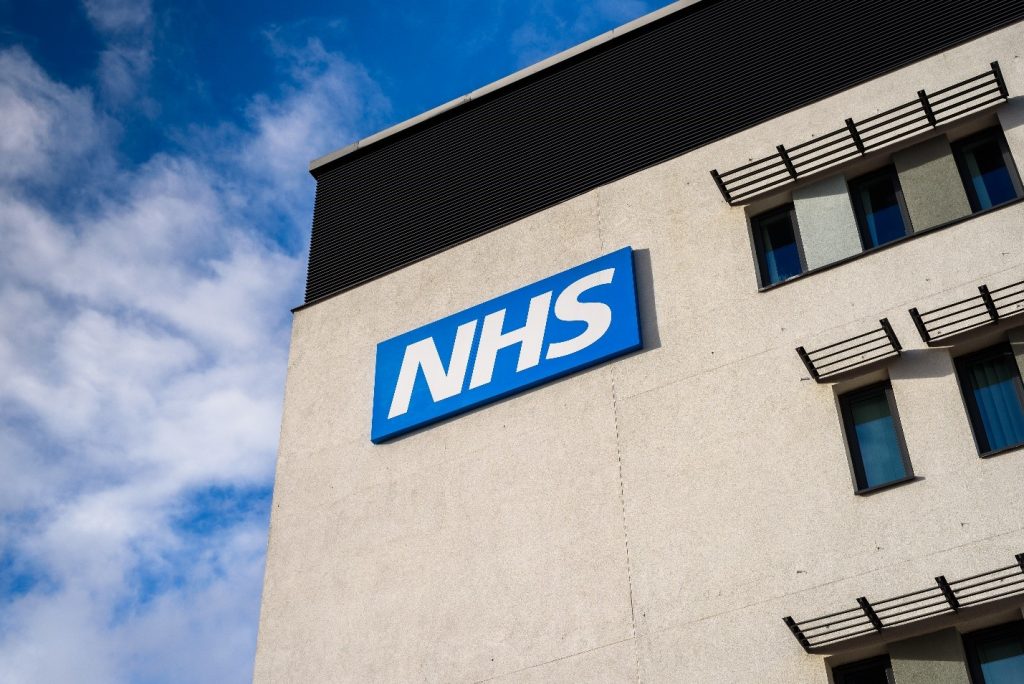 In European news, Russia’s offensive in Ukraine seems to have stalled, as the Kremlin suffers shortages of manpower and material.  Ukraine is counterattacking in the Kerson region, in the country’s south, as Russian forces concentrate in the Donbas area.  In contravention of its undertakings to the UN, Russia also attacked the port of Odessa a day after signing a treaty to allow food exports from Ukraine, which can alleviate soaring world food prices.

Editor Graham Gudgin has published a piece in Spiked on the recently-deceased Northern Irish statesman David Trimble, in which he reflects on Lord Trimble’s legacy.  Graham worked closely with Lord Trimble and his account (reposted on Briefings; see below) is an excellent appraisal.  Contributor Gwythian Prins has written a piece for the Daily Express, in which he argues (with Briefings) that Truss is the preferable candidate to keep Brexit secure.

David Trimble: A statesman of our Age, by Graham Gudgin

Graham Gudgin, who was special advisor to David Trimble as First Minster in Northern Ireland views David Trimble as a major statesman but one who negotiated the Good Friday Agreement under pressure from Tony Blair and in doing so sacrificed his party.

“A quarter century on from 1998 his claim of a secure union has been borne out, even if Brexit came to rock the boat more vigorously than he can have expected.  His Euroscepticism was a major characteristic for as long as I knew him and his strong support for Brexit was not a surprise.  He did however underestimate how destabilizing the referendum would be, after Remainers achieved a 56% majority in Northern Ireland.” 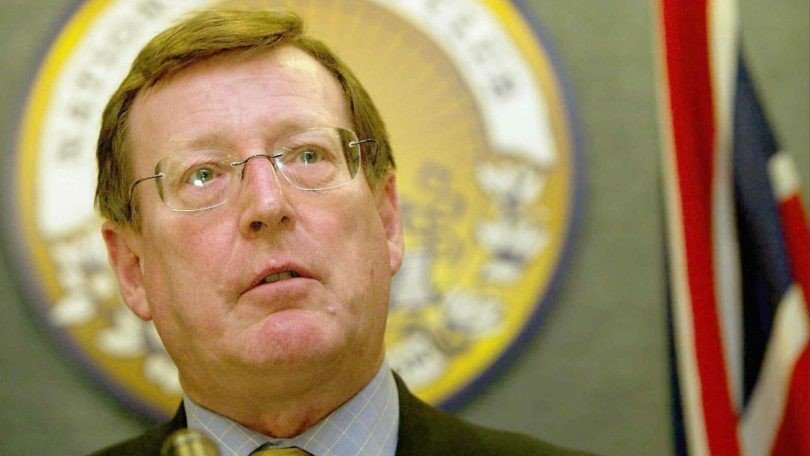 Ukrainian Update no 9, by Adrian Hill

Are we looking at a turn of the tide? We may be. That makes the attitude of the next British prime minister rather critical.

“Russia’s army, navy and air force have revealed some serious failings during five months of fighting. Their hold on occupied ground is vulnerable and they do not have sufficient forces to hold down the captive population should there develop widespread resistance. That is a weakness Ukraine can exploit although only when a viable liberation force is ready.”

Major-General Thompson introduces the tests which the Veterans for Britain (VfB) organisation believes should be applied in choosing the next leader of the Tory party. He urges all with the power to select the next Prime Minister to apply these Tests and invites them to come to the same conclusion that VfB have reached, i.e. that Liz Truss is the best choice.

“We also urge Conservative Party members attempting to insert the outgoing Prime Minister onto the ballot to desist. That is to play the Rejoiner game by risking a split in the Foreign Secretary’s vote. Everyone needs to move on.”

Two stories for Key Points today.  The first concerns news that the leader of Italy’s right-wing Lega party, Matteo Salvini, was involved in secret talks with Russia over whether he would collapse the country’s government by pulling out of coalition.

Mainstream news outlets have long paid heed to the dangers posed by links between opposition leaders on the European right and Putin’s Russia.  Yet we should also question British politicians who meet with the heads to neighbouring states – such as Keir Starmer’s recent meeting with Germany’s Olaf Scholz or his visit to Dublin to discuss the Northern Ireland Protocol with Irish politicians.  While hardly as sinister as meeting Valdimir Putin’s apparatchiks, it still suggests EU leaders hope to cultivate a pliable political establishment in the UK – paving the way for pro-EU or Rejoin policies.

The second concerns the coming gas crisis.  EU countries have agreed to reduce their gas consumption by 15% over the next nine months.  The measures aim to preserve EU strategic reserves of gas, which could be threatened if Russia cuts off supply.  As Ross Clark in the Daily Telegraph notes, this level of rationing has been imposed across members essentially due to Germany’s dependence on Russian imports.  Were Britain still in the EU, it is quite likely similar rationing would be occurring here.

That is not to say that the UK is immune, however.  Though it has a strategic advantage in possessing North Sea fields and potential shale gas reserves, such resources take time to develop.  Our gas storage facilities were run down under the May government in 2018, and we lack long-term contracts for gas supply, meaning that costs and uncertainty increase rapidly in a crisis situation.