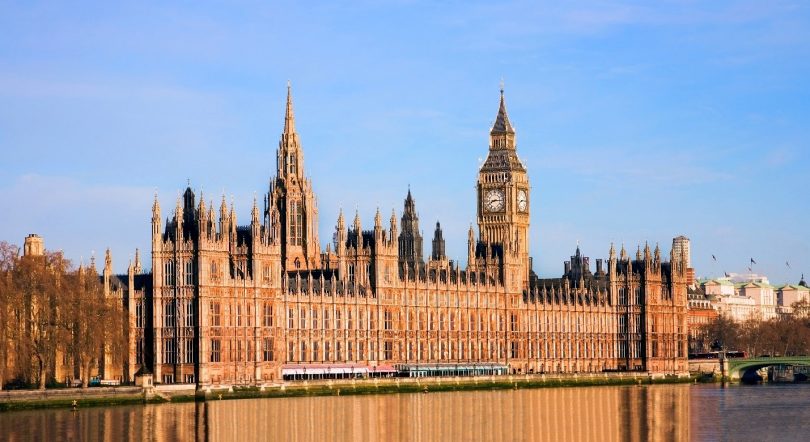 Some under-reported constitutional news to start this week.  Parliament has recently repealed the 2011 Fixed Term Parliaments Act, reviving the sovereign’s prerogative powers of dissolving and calling Parliament at its discretion.

Some under-reported constitutional news to start this week.  Parliament has recently repealed the 2011 Fixed Term Parliaments Act, reviving the sovereign’s prerogative powers of dissolving and calling Parliament at its discretion.  Such powers are explicitly placed beyond the reach of judicial scrutiny. 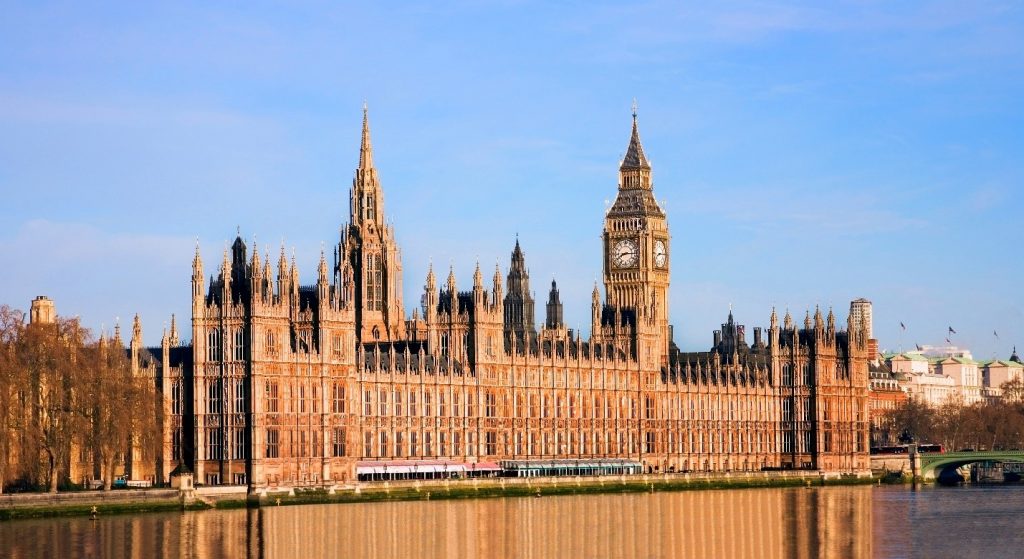 Of all the problems to be Fixed, Parliamentary terms weren’t among them

Readers will remember that the Fixed Term Parliament Act was a key reason for the constitutional crisis of 2019.  Opposition politicians refused three times to vote for new elections, forcing the government into negotiating a disadvantageous Withdrawal Agreement with the EU before agreeing to dissolve Parliament.  The result of that agreement included the Northern Ireland Protocol, which still blights British democracy.

This matters for the UK as a whole.  Northern Ireland’s usefulness to GB tends to rise in wartime conditions.  This is the case during the current Ukrainian conflict.  The N-LAW and Starstreak missiles which are so useful to the Ukrainian side are manufactured in Belfast by the former Shorts missile division now owned by French company Thales.  These have made the UK the favourite country in Ukrainian polls. 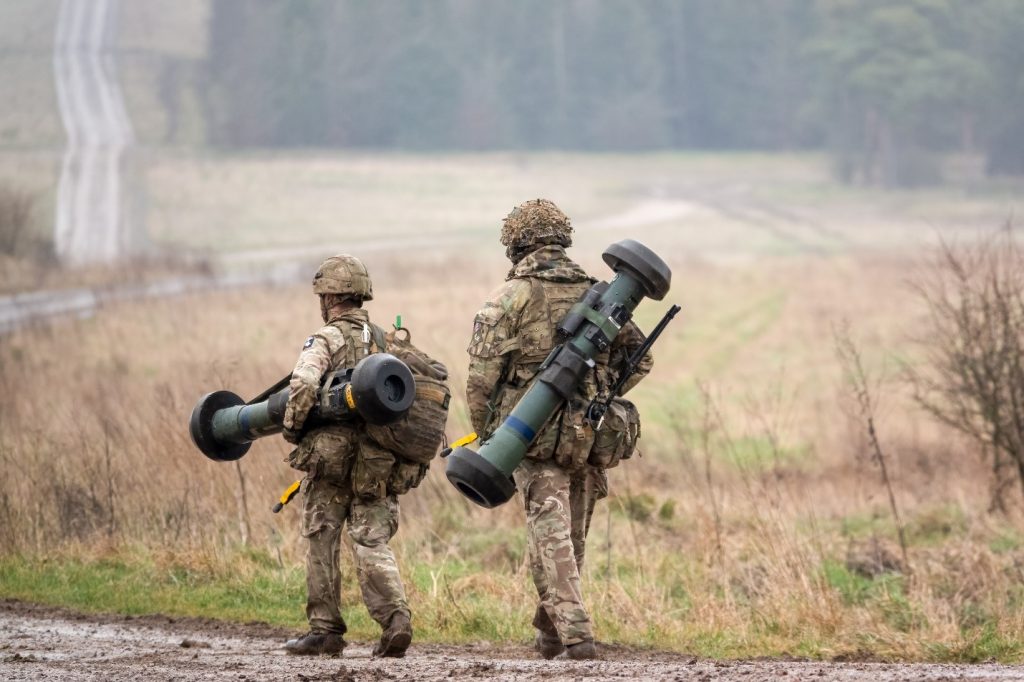 Yet as we saw this week, Northern Ireland has been unable to benefit from VAT cuts to heating and other bills announced in the Chancellor’s Spring Statement.  As long as Ulster remains in Brussels’ orbit it will be left without a say in decisions that affect huge swathes of its economy.  As ex-DUP deputy head Nigel Dodds writes in Briefings this week, what is the point of devolved governance when the most important decisions are taken in Brussels?

Finally, Ukrainian forces continue to resist Russian attacks, counterattacking in the West.  There are signs instead that Russia has given up its attempt to occupy the west of the country, and is opting rather to secure its gains in the south and east.  There is also grim news of atrocities committed by its forces, including the deliberate execution of civilians alongside indiscriminate casualties from artillery barrages.

The UK Economy Is Still Set to Outperform, by Robert Lee

Increased inflationary pressures and trade friction resulting from war in Ukraine will hit an already slowing global recovery. UK recovery will slow too, but growth is still likely to outpace the US and EU in coming years. Pre-war the UK recovery had greater momentum. The UK’s tighter fiscal/monetary stance can bring inflation back under control by 2023, while supply side initiatives to boost growth have been intensified. A leading role in the West’s response to the Ukraine war gives much clarity to the Global Britain concept.

‘US fiscal policy is also less supportive of monetary policy than in the UK. The US budget deficit is set to remain around the 5% level as far out as 2030, while the UK is targeting a deficit closer to 1% of GDP by 2025. EU money growth and inflation rates during the pandemic are similar to the UK, but the ECB will only start raising rates at year-end. The ECB still has an active [quantitative easing] programme. As in the US no fiscal tightening measures are on the table.’

The Protocol must go, by Nigel Dodds

Lord Dodds, formerly deputy leader of the DUP, writes that there can be no question of unionism settling back into operating under a political settlement which has been breached so flagrantly and its guarantees and safeguards so wantonly set aside. The Protocol’s assault on basic principles of democracy is so breath-taking as to be scarcely believable in a 21st century modern society. Large swathes of laws are now made by a foreign institution in their interest with no final say or vote by any one elected by the people of N Ireland either at Stormont or Westminster.

‘What is the point of an Assembly if it cannot legislate on vast areas of its own economy but has to accept the laws made by others?

There can be no question of unionism settling back into operating under a political settlement which has been breached so flagrantly and its guarantees and safeguards so wantonly set aside.’

Are British Exports down because of Brexit?

Headlines can be deceptive.

Readers may have seen a recent remark by Chancellor Rishi Sunak ‘admitting’ that Brexit has been behind a recent drop in Britain’s exports.  Remain supporters have been quick to seize on this comment, with the Financial Times claiming that ‘his comments were a rare recognition from the chancellor that his own political choice in 2016 was contributing to Britain’s economic problems.’

The essential problem with this narrative is that British exports to the EU have held up better than those to the rest of the world.  Picking out Brexit as the cause of this change is counter-intuitive, when you would expect that EU exports would fall further.  Indeed, they briefly did in January 2021 after the Trade and Co-operation Agreement was signed, before bouncing back to normal levels.

There are broader problems with the data being relied upon.  It’s certainly true that on some measures Britain’s exports have not recovered from Covid-related shocks as quickly as those of comparators.  However, on an export value measure the UK’s performance has been in line with the rest of the world.

The data also show significant volatility, with some of the post-Brexit troughs lining up better with renewed lockdowns than with Brexit-related events.  Why this should differ from continental data is difficult to explain, but it reinforces that linking the changes to Brexit is more difficult than some commentators would like to believe.

Ex-New Labour spin doctor Alistair Campbell recently expressed the creative if baffling view that Britain will actually end up helping Putin, and that the Russian dictator really fears France and Germany.  The sentiment is laughable – the idea that Russia is fine for the UK to send anti-tank weapons, armed vehicles and heavy artillery to Ukraine as a form of clandestine bilateral co-operation with Moscow approaches paranoid conspiracy.

Yet Campbell is merely an extreme manifestation of a broader phenomenon.  Pro-European voices in the UK often don’t quite know how to react to British successes.  As with vaccine procurement, their responses mix pro-EU boosterism (‘the EU is doing an excellent job if you squint hard enough’), arguments that Britain could have done the same in the EU (even if it isn’t likely that it would have chosen to, as with vaccines) and straightforward denial of what the UK actually has achieved.

If Putin is so afraid of the EU, why does it regard Ukraine’s membership of the bloc as a potential negotiating point?  Why are Ukrainian politicians and people alike so publicly pro-British?  Although the EU does have a mutual defence clause, it is clear that Putin regards it as toothless when major players like France and Germany have historically been more interested in compromise with Russian interests than defending liberty and democracy on the EU’s eastern border.

Those nations themselves have been persistently more pro-Russia than the UK, even recently.  Just this week the German foreign ministry has had to defend itself against accusations that it is pushing Ukraine to give up too much in peace talks.  And while France’s chief of military intelligence is stepping down for failing to predict Russia’s attack, who can forget that it was President Macron himself claimed to have secured assurances from Putin that he wouldn’t attack Ukraine.