The start of Advent has seen the advent onto to the scene of a new, ‘omicron’ variant of COVID-19.

The start of Advent has seen the advent onto to the scene of a new, ‘omicron’ variant of COVID-19.  (The Greek letter Χ, ‘Chi’, was eschewed because its alternative spelling, ‘Xi’, would ruffle the wrong feathers.)  Numbers are relatively low at the minute – particularly in comparison with many parts of Europe, where case numbers have been high for several weeks.

The economy is also continuing to grow fairly rapidly, although the new variant may throw a spanner in the hospitality industry’s recovery.  According to the latest report by IHS Markit, although the UK suffered particularly during the pandemic its recovery is now proceeding at pace, outstripping the Eurozone.  And as even the Financial Times has noted, the UK’s position outside the EU is allowing it to beneficially overhaul financial services regulation.

Sunrise on the Economy?

News is less good for Global Britain when it comes to the Commonwealth, however.  The recent declaration by the Barbadian government that the country will become a republic is a setback for British diplomacy.  Not only was a promised referendum on the question denied, the government’s action reflected the influence played by Chinese money.  Barbados has seen major Chinese investment and Beijing will be happy to see the country throw off its symbolic British ties. 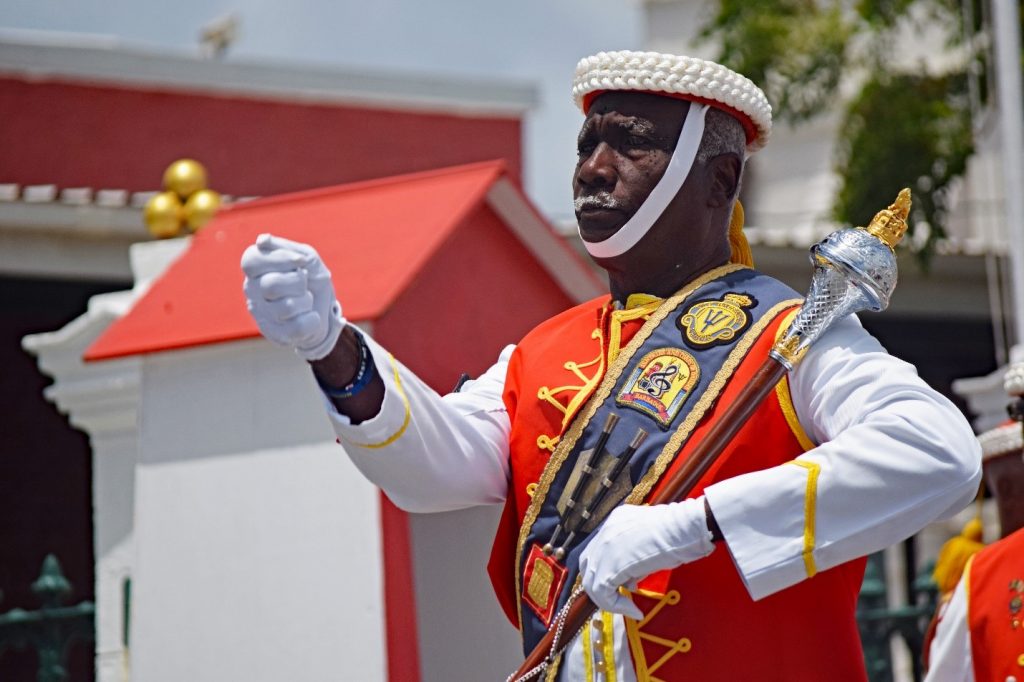 A changing of the guard

The Barbadian decision also underscores the damage that Critical Race ideology is doing to Britain’s ability to project soft power.  The republican cause has long been justified by reference to the legacy of colonialism.  Prince Charles’ decision to denounce Britain’s role in the slave trade only confirms this narrative.

Yet Chinese colonialism is the prime beneficiary.  The inwardly-focused declinism sponsored by Rejoin and Woke ideologies alike weakens the UK’s generally benevolent influence on the world stage.  Ironically, the very ideologies which seek to make reparation for imperialism only strengthen its modern incarnation.

Robert Tombs recently wrote a piece for the Telegraph on the recent vitriol deployed by French politicians against the UK.  As he puts it, ‘although the anti-Boris / pro-EU media in the UK try to put the blame for deteriorating relations on both sides, or indeed on Britain, there has been no similar slanging from Whitehall.’  This kind of language is more appropriate for a strongman than a statesman.

UK exports after nine months of 2021: what do we know?, by Harry Western

Interpreting UK export data in 2021 is complicated by statistical distortions and the lingering impact of the coronavirus pandemic. But a few trends look clear. Underlying sales of goods to the EU have held up much better than Remainers claimed they would, with survey evidence more upbeat than the official figures. There has been extensive re-routing of sales to Ireland via Northern Ireland. And concerns about services exports looked to have been largely unfounded with financial services exports re-orientating to non-EU markets.

‘If we strip out the various distorted and erratic items, we can see that UK exports of goods to the EU have tracked EU demand fairly closely over recent months, with no evidence of a large effect from trade barriers.’

This paper presents an analysis of the (traditional or common-sense) concept of racism as a prejudiced belief in an inferiority of people of a certain race thought to justify social discrimination, distinguishing it from subjective racial dislike, racial solidarity and rivalry, and perceived lack of politeness. It then describes how the Macpherson Report (1999) gave rise to a very different concept of racism and analyses the main aspects and implications of this new ‘miasma’ concept and shows what is wrong with it.

‘Thirdly, the extension of an evaluative term tends to lead to dubious moral responses and a warped moral outlook.  In the case of ‘racist’, serious moral opprobrium, associated with the traditional meaning of the word, is suddenly applied, quite incongruously, to mere trivialities, such as lack of politeness.’

Freedom is the best way forward

This is the full text of Lord Frost’s speech at the Centre for Policy Studies’ Margaret Thatcher conference. Lord Frost, a key influence on current government policy and highly regarded by Tory members, outlines his view of economic priorities. He stresses the need to diverge quickly from the past constraints of EU membership and outlines the areas in which divergence is currently taking place.

It is right that such hugely significant questions of national economic policy are subject to proper public debate and democratically accountable decisions.

Slaves to the Northern Ireland Protocol

This week we examine claims about the supposedly beneficial effects of the Northern Irish Protocol, and the claim by Clement Beaune that migrants are attracted to Britain by the prospect of working in our supposed system of ‘modern slavery’.

A recent piece in the Financial Times’ Britain After Brexit newsletter reported on faster economic recovery in Northern Ireland – along with (surprisingly) relatively favourable coverage of the UK’s new subsidy regime.  It suggests that this result makes it harder for Boris Johnson and David Frost to argue that the Northern Ireland Protocol is making life difficult for the region’s businesses – one of the key arguments for triggering Article 16.

However, recent studies suggest that such gains are illusory.  According to one study, over 80% of any Brexit-related hit to Northern Ireland’s economy will come from non-tariff barriers (such as customs declarations and EU regulations) to goods trade between the province and the rest of the UK.  Total damage could reduce GDP by between 1.5% and 3.5%.

As we’ve covered many times before, NI suppliers face real difficulties in sourcing goods from the UK, and the EU’s proposed easements will do very little to remedy the situation.

As Julian Jessup argues on Twitter, moreover, though Northern Ireland’s economy did hold up better in 2020, that result is largely down to the outsize role of public sector spending in its regional economic balance.  (Indeed, the FT even acknowledged this in its longer piece covering the same issue.)  The region’s exports also suffered more compared to England’s.

Moreover, in 2021, when the Protocol was actually in place, NI performed relatively less well compared to other UK regions.  Though this may simply be the result of other regions catching up on lost output, it does suggest that Single Market membership has had little discernible positive impact on economic performance.

In relation to Northern Ireland, Emmanuel Macron continues to amp up his rhetoric.  The French president has recently referred to the Northern Ireland Protocol as ‘existential’ for Europe and ‘a matter of war and peace’ for Ireland and allegedly called Boris Johnson a ‘clown’ in private.  The lack of interest in pro-EU media in highlighting such extraordinarily provocative behaviour speaks volumes about the double standards applied to domestic and EU politicians.  The latter, it seems, can do no wrong.

The same is true of coverage of Macron’s Europe Minister, Clement Beaune, who recently suggested that migrants were trying to get to the UK in order to work in Britain’s supposedly flourishing black market in a system of ‘modern slavery’.  These comments were also echoed by Interior Minister Gérald Darmanin.

These bizarre, knowingly incendiary claims was quickly debunked in the French press.  As Le Monde points out, black market working was higher in France than in the UK in 2017, when the last comparative EU Commission study was published.  UK employers are also required to conduct immigration status checks on their employees – which some obviously fail to do, but seemingly in fewer numbers than countries like France which require ID cards.