The recent Guy Fawkes’ Night is a salutary reminder that the UK’s storied history of liberty and Parliamentary sovereignty has not always been secure, but that there is also much to give thanks for in the present British constitution.

The recent Guy Fawkes’ Night is a salutary reminder that the UK’s storied history of liberty and Parliamentary sovereignty has not always been secure, but that there is also much to give thanks for in the present British constitution. 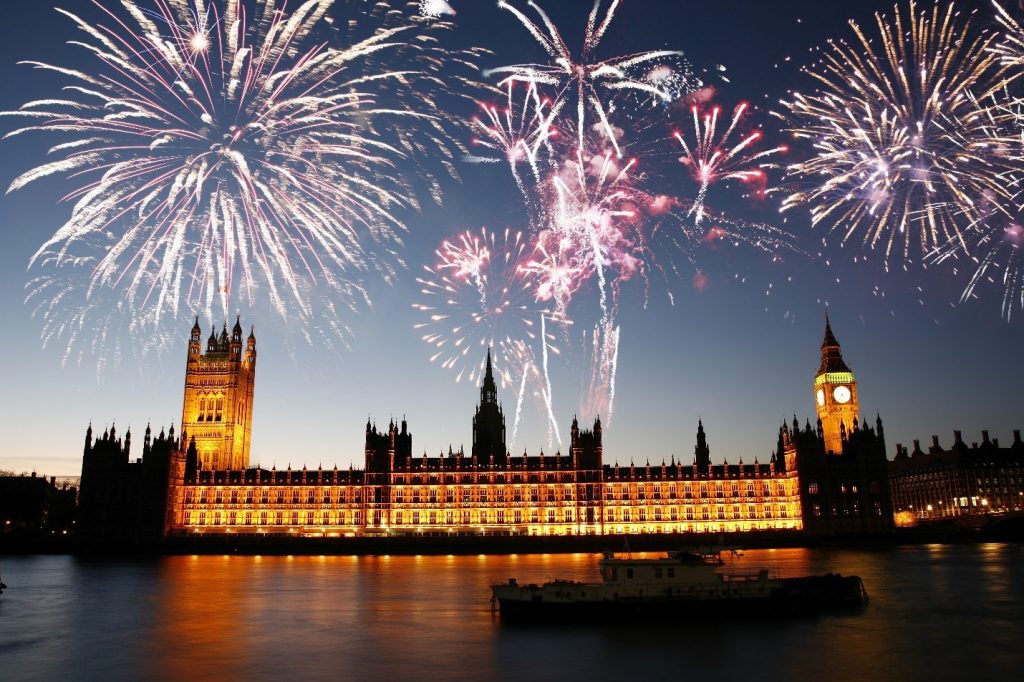 This week has seen continued negotiations between the UK and the EU over the Northern Irish Protocol, which remains in its present form a threat to the democracy and economic freedom of Ulster.  UK negotiators have confirmed that the EU’s proposals are actually worse for the province’s trade with the rest of this country than the present arrangements – which we noted when they were first announced.

Indeed, Lord Frost wrote recently in Conservative Home setting out the case for renegotiation of the Protocol.  Faced with Remainer retorts that ‘the government signed the deal so should stick with it’, we note too the contribution of Professor Paul Joseph Weiler, Editor in Chief of the European Journal of International Law.

Although a prominent critic of Brexit, he argues cogently that the EU greatly overplayed its hand in exploiting British political weakness during the Brexit negotiations.  The situation, in short, is a lot like the Allied imposition of a disastrously punitive treaty on Germany in 1919 at Versailles – which Germany progressively repudiated as it recovered its strength.  The implication is that Brussels should now give up its ill-gotten gains and renegotiate a fairer Northern Ireland Protocol. 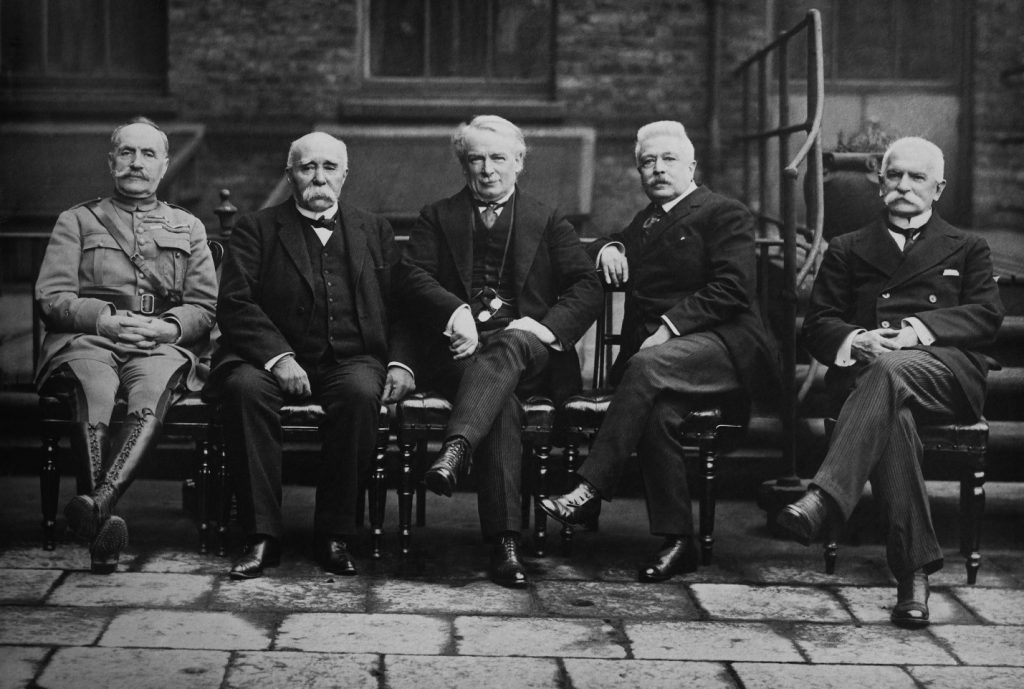 In other news, readers will not have missed the resignation of prominent Brexit supporting MP Owen Patterson.  Patterson’s lobbying indiscretion was a severe misjudgment, as was the attempt by the government to reform Parliamentary Standards as its investigation was ongoing.

Still, it is revealing of the Commissioner’s attitude that, of those MPs currently under investigation, a substantial majority are Brexit-supporters.  Even John Bercow has said that the Commissioner’s investigation against Patterson was prejudiced from the start.  More generally, the structure of the system is clearly procedurally unfair – the commissioner is both prosecutor and judge.  Unfortunately, any further attempt to remedy this obviously unfair system will be more difficult after the government’s miscalculation and subsequent U-turn.

Both co-editors of BfB have been active in the recent news.  Graham Gudgin has been explaining the fishing dispute with France. He took part in an AlJazeera TV Insight Programme – which (perhaps surprisingly) devoted 40 minutes to the issue for a global audience.  He also wrote a blog for Spiked website.  In both cases the detail was based on Caroline Bell’s Cock and Bull Story article on BfB.

Robert Tombs, meanwhile, has written in the Daily Telegraph.  Robert’s article details the dangers of an environmentalist approach to history which reads the British-led Industrial Revolution as the beginnings of a ‘Climate Catastrophe’ – and thereby serves as a means for the West’s rivals to argue that it should take on an unfair burden of de-carbonisation.

French politicians are fond of accusing Britain of behaving illegally. But their own actions in the fisheries dispute they have started are illegal under international and EU law.

‘The Trade and C0-Operation Agreement, as a qualifying international agreement pursuant to Article 3 of the Treaty on the Functioning of the European Union, is within the EU’s exclusive competence, and practice, precedent, and scholarship establish that state-to-state dispute settlement is an exclusive EU competence.’

The OBR has again claimed that Brexit will have a big long-term negative impact on GDP. These claims are based on a misleading interpretation of recent trade figures and on a supposed link between trade intensity and productivity which is not supported by the evidence. It is quite inappropriate for a supposedly independent body to produce such unbalanced reports.

A meat tax would penalise customers and hurt British beef and sheep grass-based farming even though this helps the environment. There is a glaring lack of precision in the science behind this major policy proposal which would have a huge impact on everyday life and is most likely being promoted as a distraction by the producers of soy-fed factory farmed animals or as a promotion by laboratory meat investors. Yet it will be amplified by the vociferous climate change and vegan lobbies because it suits their agenda.

‘Sainsburys is currently running a promotion to replace some meat with beans in recipes – but the UK grows very few protein crops such as beans, peas, or pulses. They are mainly imported from Brazil, the US, Canada, Argentina, and Australia. Using grass-fed UK grown beef or lamb in a recipe would have a lower carbon footprint than using soybeans from Brazil, red kidney beans from Argentina or chickpeas from Australia.’

As we covered last week, a recent Politico article broke the news that French Prime Minister Jean Castex had written a letter to Ursula Von Der Leyen on the subject of the UK-EU fishing dispute.  Castex, the website reported, had suggested that the European public needed to be shown the costs of leaving the European Union – which many commentators saw as a call for Britain to be punished for choosing to leave.

One translation by an Irish professor runs thus: ‘It is indispensable to show clearly to European public opinion that the respect of commitments entered into is not negotiable and it is as damaging to leave the Union as it is to stay in it.’

This interpretation is difficult because the final line makes little sense in context.  A correct alternative would translate ‘davantage’ in its normal adverbial sense as ‘more’ and render it thus: ‘that there is more harm in the leaving the Union than in remaining.’

Aside from precise quibbles of this sort, context is important here. Castex in alluding to commitments, one suspects, is invoking the recent judgment of the Polish supreme court, which Brussels sees as a direct repudiation of Poland’s treaty commitments.  In the context of a fractious and internally divided EU, the reference to public opinion and the need to show the damage of leaving makes perfect sense.

Likewise the reference made earlier in the letter to setting a dangerous precedent in other international treaties – Castex clearly trying to equate the interests of a narrow slice of the French fishing industry with the European Union as a whole.

A final point relates to Castex’s point about commitments being ‘non-negotiable’.   Yet France has been trying to renegotiate the terms of the TCA to get licences to which it is not entitled!  Castex’s real aim, of course, is to affirm that the NI Protocol is non-negotiable: when in fact it is, both under Joint Committee rules and under Article 13 of the Protocol.

In the event, with little support forthcoming from the Commission, France has had to back down on threats to cut off Jersey’s electricity and reduce border traffic to a standstill.  And contrary to equivocations that place the blame equally on either side, the UK government granted the vast majority of EU licences – including French ones.  Those French applications that were rejected represent those that simply could not evidence historic fishing ties, hardly difficult with modern technology.

Still, this affair is a foretaste of French tactics to come – which will ramp up once France assumes the presidency of the European Council.  This underscores the urgent need for British suppliers to swiftly diversify their routes, and for more reliable sources of electricity generation for the coming winter.

(@Briefings­_Brit)
We are also on Twitter, posting articles and retweeting the daily events that bring Brexit to the fore in the national news.