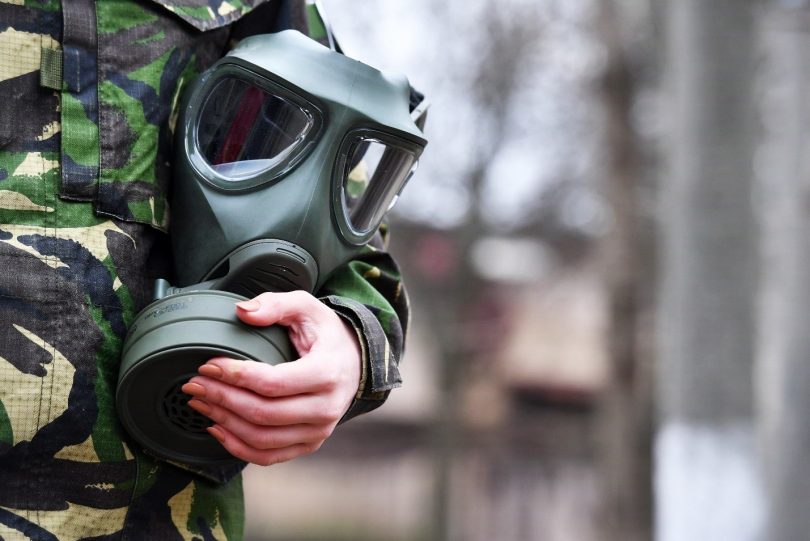 Putin’s invasion of Ukraine continues.  The city of Mariupol on the Black Sea coast has come under siege, with Russian forces shelling maternity hospitals and other civilian buildings.

Putin’s invasion of Ukraine continues.  The city of Mariupol on the Black Sea coast has come under siege, with Russian forces shelling maternity hospitals and other civilian buildings.  There are worrying signs that Russia is preparing to deploy chemical weapons by using false flag operations implicating Ukraine, much as it did to justify its initial attack in February.  Unlike nuclear threats this is a real prospect: chemical weapons are more effective in dense urban environments and Russia may need every tactical advantage it can get. 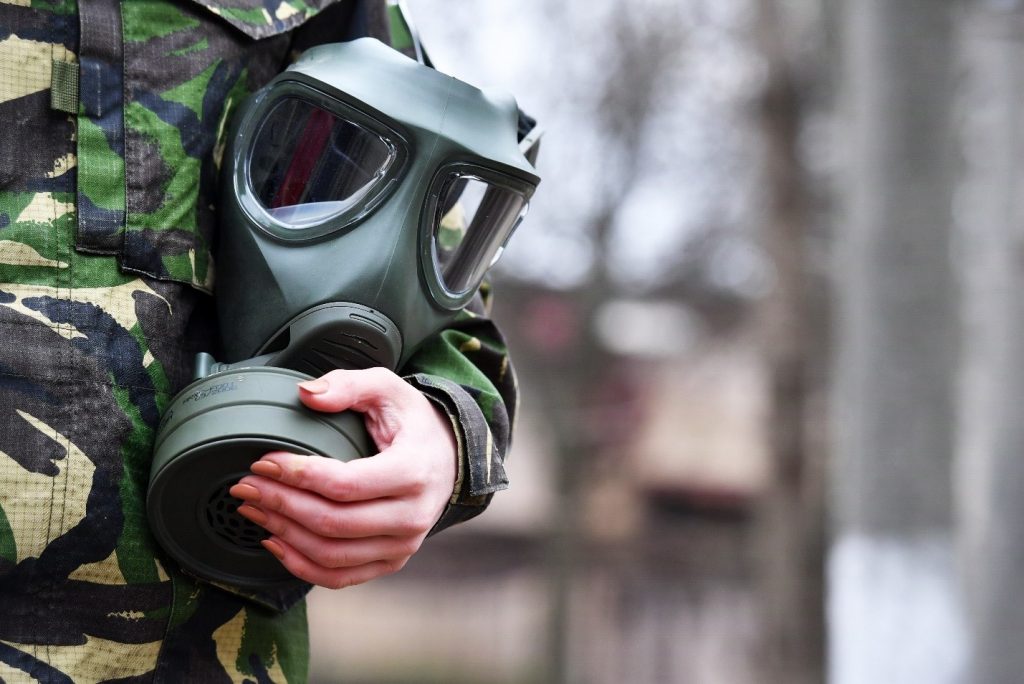 Russia’s advance may be slow but it has not stopped.  Logistics remain an issue for its northern forces, although expansion in the south has been faster.  Putin has also reportedly arrested a number of senior FSB officials – and has reportedly employed Syrian mercenaries in place of reluctant native troops.  Despite this, the West has been unwilling to escalate support further.  Ukraine has called on NATO members to impose a no-fly zone, which has been rejected.

Europe remains unwilling to fully end dependence on gas supplies, while a deal for Poland to supply jets to Ukraine via the US has fallen through.  If Russia uses illegal weapons, however, that situation may change.  Indeed, Russian experts have reportedly been openly discussing strategies for invading the Baltic states and Poland on state TV.

Meanwhile pro-European voices continue to talk up the contribution of the EU to solving the Ukraine crisis, criticising Britain.  Others have suggested that Britain reduce its Indo-Pacific tilt in favour of closer co-operation in Europe.  As we wrote last week, Britain has led the way on Ukraine – an observation echoed by other commentators.  Indeed, the crisis has been a significant aid to an otherwise embattled Boris Johnson. 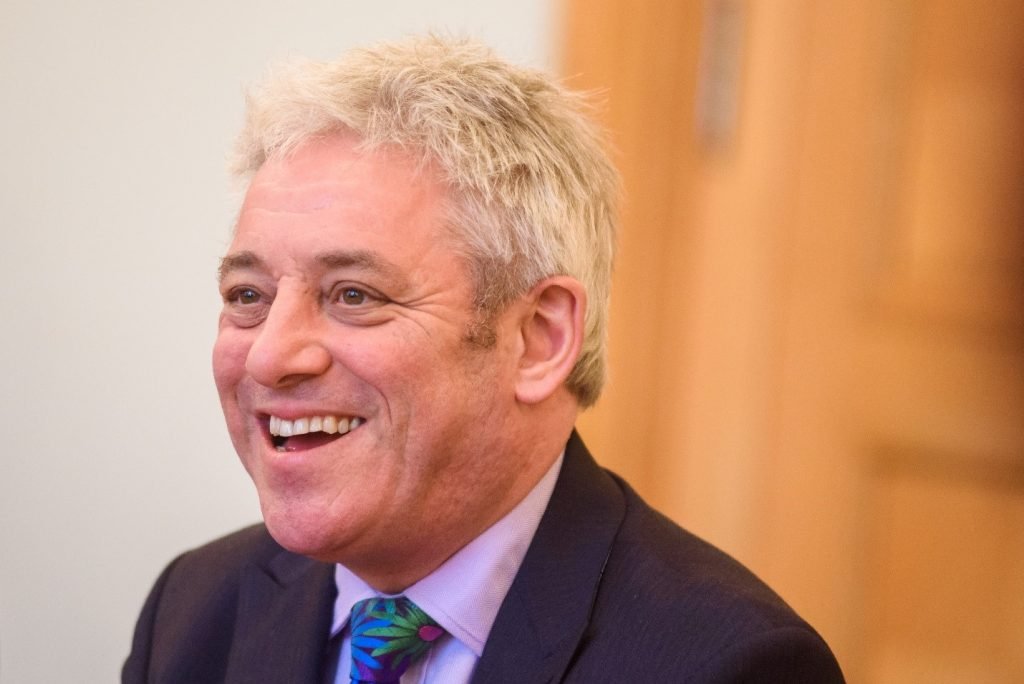 Not so smiley to his subordinates it seems

Finally, famously pro-EU speaker of the House of Commons John Bercow has been banned from the Houses of Parliament and expelled from the Labour Party it was found that his conduct amounted to bullying.  It says much about the state of the country in 2019 that pro-Remain politicians were willing to overlook then-current reports of his egregious behaviour.

Robert Tombs has written a powerful piece for the Spectator questioning the commemoration of the Oba of Benin in St Paul’s Cathedral in the context of decolonisation and anti-slavery – given that the Oba ruled an expansionist slave-taking state.

The New Great Game, by Joel Kotkin and Hugo Kruger

The West’s ignominious retreat from Afghanistan has emboldened Russia and China to renew the 19th century’s ‘Great Game’ in which the European powers vied with Russia for control of central Asian resources. Ultimately the West may have to chose between the current climate change agenda and the hegemony of the authoritarians.  This article originally appeared in Quillette.

‘Tragically, the injuries caused by vulnerability to Russian energy exports are largely self-inflicted—the result of a fantastical approach to reducing carbon emissions. The attempt to force “net zero” emissions on a tight deadline, and to do so absent development of the natural gas and nuclear production needed to make the transition without devastating economic consequences, certainly contributed to Russia’s vast cash buildup prior to the war.’

The ties that bind us. Scotland, England and Union., by Peter Semperer

Retired business executive Peter Semper suggests that the family, historic, cultural and emotional ties that bind the people of Scotland and England are just as important, and possibly more so, than the political and economic case for the union.

‘What is so special about Scotland and Britain in the UK is that it is a voluntary union. In this, the UK is relatively unique in recognizing the right of its constituent nations to separate from each other if that is the serious, settled will of their people as expressed in a democratic vote.’

Where is the rest of Russia’s army?, by Lieutenant-General Jonathon Riley

Lieutenant-General Jonathon Riley asks ‘What if Putin is not done, and the British Army does have to face Russian forces? So far, the Russians have not put their best trained and equipped formations into Ukraine, with the exception of some air assault forces. There is no outcome that looks good.

‘What we should not discount, however, is chemical and even biological weapons: these have already been used in Syria and certainly form part of the weapon load of both tactical and operational level weapons systems.’

Dangerously, however, the situation in Ukraine may be undermining efforts to deal properly with the Northern Ireland Protocol.  The government has announced plans to shelve Article 16 for the foreseeable future, and (separately) to bring in ‘green lanes’ into the province with reduced checks.

This may be good news, if the proposals are genuine and implemented widely to ease the difficulties for importers.  Managed correctly, they could be a good way to de-escalate tensions with Brussels without compromising too far on principle.

Yet there are dangers.  This approach not only leaves the CJEU in place as the province’s final court, but also that green lanes may face legal action from both EU and UK campaign groups as breaching treaty commitments.  The Protocol is after all part of domestic legislation via the Withdrawal Act, although courts may be reluctant to interfere if the government decides potentially to employ its discretion.

More concerning is if this approach may simply be an excuse for a climbdown.  There are worrying signs that ‘the blob’ is reasserting control over much of government policy on Brexit, as we covered in our article on the recent scrapping of the proposed VAT cut which would have reduced alignment to the EU.  Likewise the free speech-chilling Online Harms Bill.

Even efforts to send anti-tank weapons to Ukraine were reportedly opposed by civil servants.  And most egregiously, Northern Irish civil servants even (unconstitutionally) defied ministers and increased checks at the behest of EU officials, before climbing down.

Even normally EU-sympathetic outlets like the Financial Times make the point that the current situation is hard enough for businesses without the Protocol’s full checks being imposed.  Fresh difficulties, indeed, have materialised concerning the incorporation of meat products from third countries into products made in mainland Britain and sent on to Northern Ireland.

Green lanes may be a positive development if they can ease some of these issues – but there needs to be keen oversight to make sure they aren’t a mere figleaf for inaction.

The same FT article referenced above, however, reports some interesting mental gymnastics on the economic front.  Disappointed that UK exports to the EU appear to have largely recovered to 2019 levels, commentators from the Centre for European Reform have suggested that a ‘doppelganger UK’ model shows that the UK has actually underperformed compared to where it would be if it stayed in the EU.  As we’ve covered on previous occasions such as with OBR estimates of underperformance, however, these doppelgangers are simply illusory.