With internal scandals over politicians’ second jobs and the COP-26 Climate Summit dominating recent news, it can be easy to lose sight of the ongoing negotiations over the Northern Ireland Protocol.

With internal scandals over politicians’ second jobs and the COP-26 Climate Summit dominating recent news, it can be easy to lose sight of the ongoing negotiations over the Northern Ireland Protocol.  Nonetheless, there has been some substantial news in the last few days.  Most prominently, the DUP has set a date of late November for pulling out of Stormont if problems are not resolved. 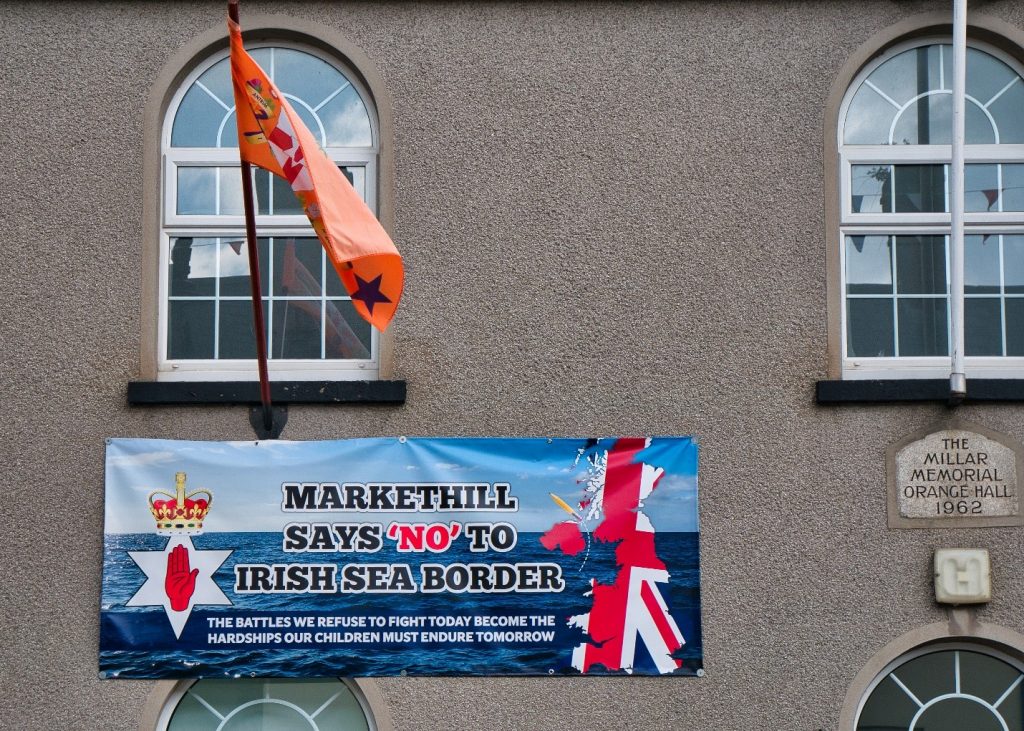 Bored of the Border

Official negotiating positions, meanwhile, have not moved much.  Despite spin, Maros Sefcovic has offered little in the way of fresh concessions, and Lord Frost appears to be sticking to his guns.  The EU seems, however, to have woken up to the fact that Britain may really trigger Article 16 – which has provoked howls of protest from various quarters in the UK, probably aimed at trying to pressure Boris Johnson and force Frost into a compromise.

Some Remainers, indeed, have tried to argue that primary legislation would be needed to disapply the Protocol, while others have warned of possible tariff retaliation by the EU – though this itself would be legally dubious.  Not least, it is likely to be difficult for the EU to show that there is substantial harm to the Single Market from ending the Irish Sea Border.  As we argue this week, however, a trade war is in any case likely to hurt the continent’s exporters as much or more than the UK’s.

This week also saw news that European banks remain reliant on London-based clearing houses for Euro-dominated trades: a vital element of financial infrastructure.  Recognising this, the European Commission has again been forced to postpone its demands for EU banks to onshore their clearing operations – underscoring how the City remains a central part of European finances. 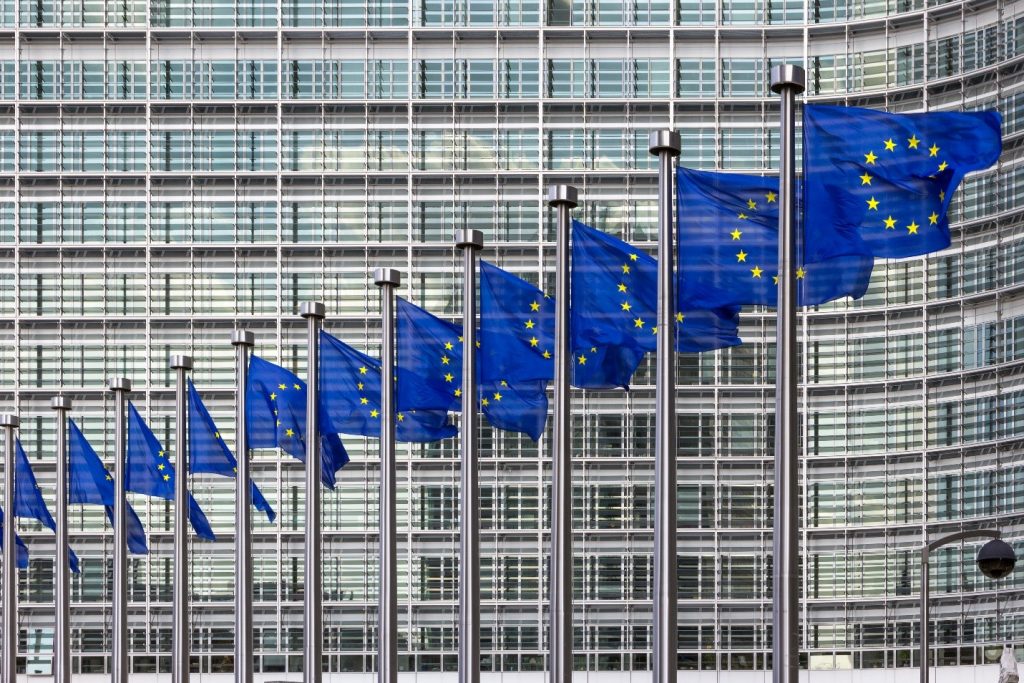 Another year, another delay to reshoring the clearing business

In European news, the situation at the Polish border with Belarus, moreover, remains tense, as we detail below – with Russia conducting joint military exercises with Belarus a few miles from the migrants’ camps.  The UK has deployed a team from the Royal Engineers to aid Poland in managing the situation, though Warsaw has refused assistance from the EU’s Frontex border service.  The choice underlines the EU’s internal difficulties, and the importance of the UK and NATO more generally in maintaining regional stability despite Macron’s grandiose ambitions for European strategic autonomy.

Finally, Covid levels in several European countries are spiking, mimicking developments in the UK a few weeks ago.  Though UK headlines at the time emphasised the danger, it seems like such alarmism was thankfully overblown, and hopefully rates on the continent will follow suit.

Graham Gudgin recently published an article on the Northern Ireland Protocol and its resemblance to the 1921 Treaty of Versailles in Spiked.  For the original see the linked piece, or our summary and reposted version below.

Not all methane is created equal, by Catherine McBride

Whenever there is a call for a cut in methane invariably the Western media interprets this to mean a reduction in eating red meat. But are ruminant animals the only place where methane is produced and if not, is red meat the most sensible cut?

‘Collectively we could all cut our methane emissions without changing our diets… While every methane molecule is the same, its importance to humane life varies enormously and so methane from different sources should be treated differently.’

Suspending the TCA – what’s not to like?, by Harry Western and Caroline Bell

Recent reports suggest that the EU is preparing a “package”of retaliatory measures under the Trade and Cooperation Agreement (TCA) if the UK triggers Article 16 of the Northern Ireland Protocol, and is even considering withdrawing from the TCA entirely. In our view, the kind of retaliatory measures mentioned would be a massive own goal for the EU, especially on fishing. They would also make the TCA much less attractive for the UK. More generally, the UK should not be too worried about the TCA coming to an end.

‘The EU enjoys an overall goods trade surplus with UK of around £90 billion a year. The EU is the big winner from the TCA, which did very little for services, where the UK has an edge.’

The Irish Protocol: Versailles for slow learners, by Graham Gudgin

Some of you may have seen a version of this article on the Spiked website this week. For those who did not, we thought it worth repeating here the argument that the Northern Ireland Protocol was agreed by the UK government at a time of extreme political division and national weakness. There is a strong argument that it should be fundamentally renegotiated.

‘The Protocol has already undermined democracy in Northern Ireland, led to violence and distorted trade, all things which the EU said must be avoided. At the same time after almost a year of only partial operation there is little obvious damage to the EU’s Single Market. There is now a good argument that the Protocol has been an unnecessarily damaging hammer-blow to crack a rather small nut and must be fundamentally reformed.’

Recently, tensions have been increasing on the border between Poland and Belarus.  Alexander Lukashenko, who has ruled Belarus for the last 27 years, has escalated his dispute with the EU over his failure to respect election results – inviting migrants from the Middle East and Africa to Belarus and funnelling them to the Polish border, thereby creating a humanitarian crisis.

Lukashenko’s cynical conduct has been rightly condemned by EU states.  It turns vulnerable people into a tool of political pressure, callously risking their safety.  Likewise, many European commentators have condemned recent restrictions in gas supplies from Russia to Europe, which they see as illegitimate political pressure at a time when world gas prices are soaring.

Both of these policies, however, have been mooted in France as ways of pressuring the UK.  France, unlike Belarus, has prevented a number of migrants from leaving at Calais, and is not actively issuing tourist visas (unlike Belarus) for the purpose of bringing in migrants to purposefully engineer a humanitarian crisis.

Nonetheless, as Facts 4 EU has reported, France has for years failed to comply with its obligations to register arriving asylum-seekers, preferring instead to direct them to the UK border.  French coastguards have also made relatively little effort to turn back those boats that do set out from French waters even when these are obviously unsafe, preferring to escort them to British waters instead.  French presidential hopefuls have been even more confrontational on the question, playing to domestic discontent.

On power, Macron has openly threatened to cut power to the Jersey in disputes over fishing licenses.  This goes much further than Russia, whose pressure (if it existed at all) has been covert.

The danger with such tactics, like with cyber-attacks, is that they invite escalating retaliation – worsening relations further until more serious, formal measures become unavoidable.  If EU negotiators are serious about cultivating goodwill and emphasising their good faith toward ‘perfidious Albion’, they should reign in France’s bellicose rhetoric.