It was a week in which all sorts of unexpected people suddenly saw the downside of uncontrolled immigration.

It was a week in which all sorts of unexpected people suddenly saw the downside of uncontrolled immigration. Michel Barnier called for France to ban all non-EU immigration for up to 5 years, while in Britain trade union activist Howard Beckett announced his hope that daughter of non-EU immigrants Priti Patel should be first in Britain’s deportation queue. Might we suggest, Michel, that controlled immigration from both in and outside the EU would be a fairer and more effective solution to France’s difficulties? Just an idea. 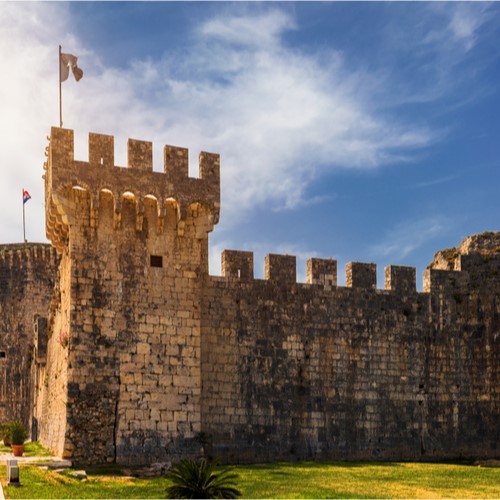 Did someone say ‘fortress Europe’?

The last few days also saw prominent unionists including Kate Hoey launch an important court case against the NI Protocol. In the same week Lord Frost, told loyalists in Belfast that the NIP is not fit for purpose and emphasised the PMs determination to change it even if UK has to go it alone. This is all creating momentum in the right direction.

Meanwhile, as we predicted, UK exports to France and Germany continued to increase significantly in March. In both cases, they are now above levels of late last year and in the French case close to pre-pandemic level. Although it is hard to account for Covid in any calculations, this is clearly good news. 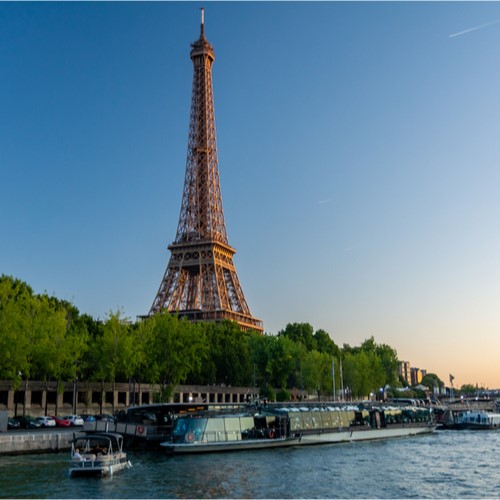 Trade with France has rebounded

Given these trade figures, it is unsurprising that hardcore Remainers appear to be plumbing ever greater depths in their efforts to find a negative spin to put on Brexit. This week Brexit is apparently responsible for the spread if the Indian Coronavirus variant. Who would have thought?

BfB co-editor Robert Tombs has been appointed to the government’s new Heritage Advisory Board, which will draw up new guidelines to encourage heritage organisations to “retain and explain” rather than erase Britain’s history.

Robert also recently wrote an article for the Daily Mail, discussing one of the most ridiculous cases of woke cancellation of history to date: the University of Liverpool’s decision to remove the name of reforming British Prime Minister William Gladstone from one of its buildings because of his family’s links to the slave trade,

The UK-EU Trade and Co-operation Agreement – A darker scenario, by Tony Lane

Former Whitehall trade official Tonylane follows up last week’s optimistic interpretation of the Trade and Co-operation Agreement with a more pessimistic scenario. This is at least equally plausible if we consider Brussels’ declared aims.

“There seem to be two radically different interpretations of the TCA, and we wait on events to decide which one will prove to more predictive. We must hope for the one but prepare for the other.”

Veterans for Britain Board questions the MoD’s recent preoccupation with ‘green’ issues, by Briefings for Britain

The retired fighting commanders of the VfB board warn against the irrational dangers that would be run if the British armed forces tried to adopt ‘green’ energy.

“This virtue-signalling distraction risks service peoples’ lives and risks the mission facing an enemy not so constrained.”

An undervalued Euro harms our trade, by David Blake

Professor Blake argues that an undervalued Euro and an overvalued pound both undermine UK trade. A new approach is needed to restoring UK competitiveness and part of this should be a case at the World Trade Organisation to reverse EU dumping.

“The UK government needs to introduce measures to counteract the structural undervaluation of the euro which has done so much damage to British manufacturing capability over the last 20 years.”

A recent article in the Financial Times was devoted to the effect of Brexit on the UK’s services exports to the EU.  But despite claiming to ‘count the real cost of Brexit’, the piece cited little hard evidence in favour of its hypothesis that services have been badly hit.  Although certain individual sectors like touring musicians are experiencing difficulties intensified by the pandemic, there is little solid evidence in favour of the alarmist headlines for services across the board – merely a smattering of anecdotes.

Indeed, according to a recent ONS report ‘the total proportion of service trading businesses reporting that they have exported or imported in the last 12 months has increased slightly from 64% and 69% in June 2020 to 68% and 74% respectively in April 2021.’  It’s worth bearing in mind that this figure represents services exports generally, and the distortion created by the pandemic has doubtless muddied the waters.  More broadly, UK service exports in the first quarter of 2021 are relatively similar to those in 2020 – reinforcing the point that leaving the EU has had a fairly small effect on the overall economy.

In a related field, in recent press coverage it’s been claimed that the UK is simply an ‘EU Mark II’, with little appetite to diverge from European rules and still less to gain.  While it’s definitely true that there are substantial interests arguing in favour of the status quo, it is premature to assume that the UK will continue on this course indefinitely.

Certainly, the government should avoid being bullied into SPS alignment with the EU for the sake of Northern Ireland.  As the head of the Scottish National Farmers Union has remarked, the European Commission is uninterested in practical easements, because of their interest in forcing the UK into SPS alignment.

For all the EU talks about trust, such tactics are a continual reminder of the Commission’s habit of pocketing concessions and moving on, rather than engaging in serious negotiation.  Tying the UK to EU policy in such a semi-permanent way will make it difficult to negotiate trade deals with third countries – and only encourage the further use of bullying tactics like these.

Finally, changes in trade patterns are not necessarily bad.  UK imports from non-EU countries in March were higher by value than those from the EU.  Indeed, imports are at their lowest on the current data set (begun in 1997), and if maintained would see EU imports return to levels not seen since the 1980s.  (It isn’t quite correct, as some have commented, that EU imports have never been lower in individual months than non-EU imports since 1997, though these have been exceptions to the rule.)

In any case, this shift is to be welcomed: it belies Project Fear narratives which claimed that the UK would find it impossible to trade with anyone other than our nearest neighbours, and reduces the UK’s dependence on the EU in favour of growing markets across the world.