The sun has returned, just in time to give Prince Philip a fitting send-off at St George’s Chapel, Windsor.

The sun has returned, just in time to give Prince Philip a fitting send-off at St George’s Chapel, Windsor. Just like the Royal Family, families all over the country will have been making the most of our new freedoms, gathering to enjoy a drink with friends at bearable temperatures for the first time in ages.

The vaccination programme remains on track. Boris Johnson has insisted that the country is now on a one-way path back to normality. He has been criticized for saying that most deaths have been saved by lockdown, but this is correct. The vaccines are also saving deaths as we suggested on this site but fewer than lockdown. Vaccines are, though, the key to a normal future by saving lives in future. Once everyone has had their vaccines, we can at last be allowed to get on with our lives. 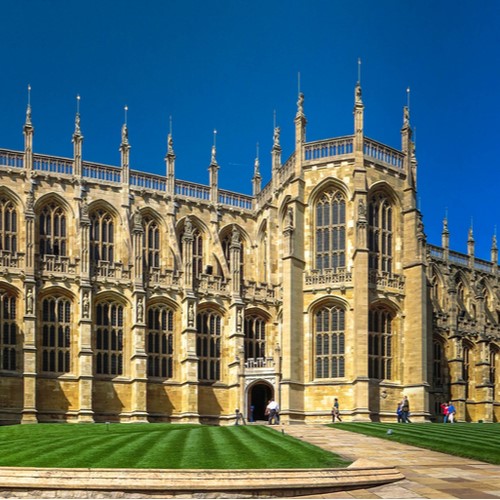 St. George’s Chapel in the sun

Britain is ready to go, and thanks to the excellent decision to make our own vaccine arrangements, we will have a head start getting our economy back on track. Ambrose Evans Pritchard has summed up the many reasons to be optimistic about Britain’s economic recovery in an article for The Telegraph (‘Britain’s economic resurgence has caught the whole world by surprise’), making many of the same points that Graham Gudgin and Harry Western have been making on our site. 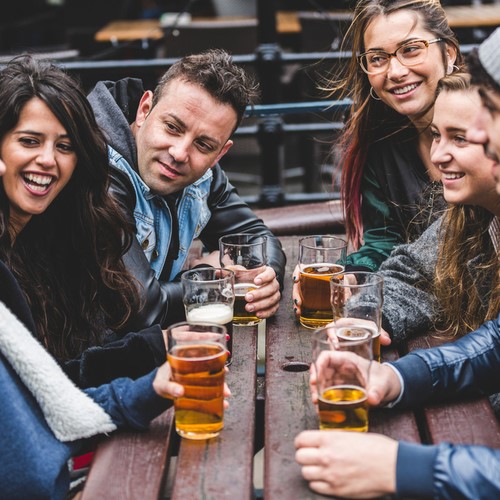 Cheers to the economy

Meanwhile, talks between Lord Frost and EU Commission vice-president Sefcovic on the Northern Ireland Protocol are said to be making progress, but after several weeks of discussion the best the latest official UK communique could say is that they ‘had begun to clarify difficult issues’. The aims look rather limited, with a focus on supermarkets and guide dogs. This seems unlikely to assuage unionist concerns about being eased out of the UK. Much more will be needed.

BfB co-editor Robert Tombs discussed Britain’s entry into the EU and the prospect of a Scottish Independence referendum with The Express this week. Robert also wrote a letter to The Times, offering his thoughts on William Hague’s suggestion that it is time to build a more trusting relationship with the EU.

Co-editor Graham Gudgin took the Financial Times Public Policy Editor, Peter Foster, to task in a letter to the FT this week. Foster said that it was difficult to predict whether Brexit would lead to a border poll on Irish Unity. Graham said that prediction was not difficult at all. A border poll is extremely unlikely, particularly during the current parliament. 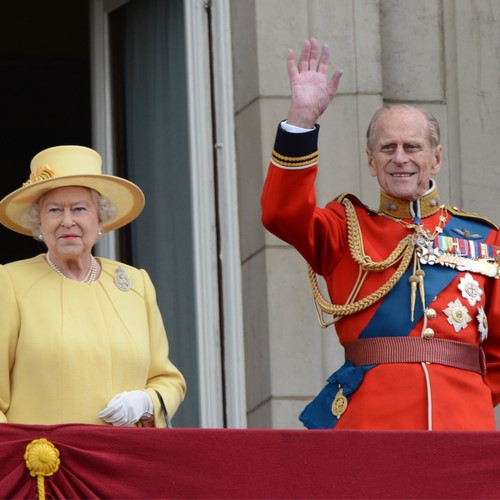 UK-EU trade rebounds in February. An update, by Harry Western

Last month we argued that the slump in UK-EU trade in January reflected a variety of factors, many of which were temporary. February UK trade data suggests we were right. UK exports to the EU rebounded sharply during the month and estimates from France suggested a further recovery was seen in March that took trade levels back to pre-pandemic levels. Further details show strong recoveries in industries like machinery and equipment and tentative evidence of trade shifting towards ports in the low countries.

“Some of the press coverage of January’s data, which gleefully claimed that pre-Brexit catastrophising about trade had been vindicated, now looks embarrassingly wide of the mark.”

Prince Phillip Started as He Meant to Finish – And Changed for The Better Many, Many Lives, by Adrian Hill

As our tribute to the Duke of Edinburgh, we offer this characteristic story by one of our regular contributors, former soldier and diplomat Adrian Hill.

“We watched the Royal Yacht Britannia cruise among the lines of aircraft carriers, cruisers, destroyers and submarines.” 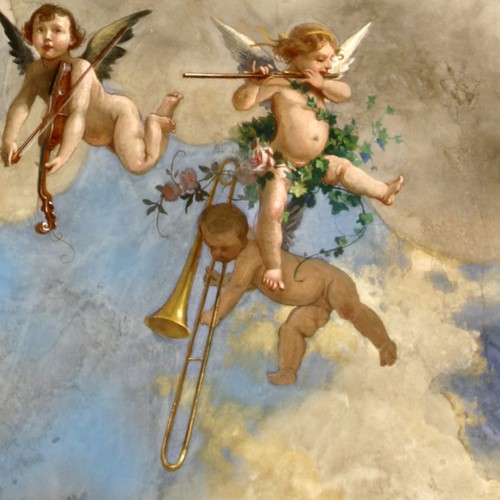 Siding With Angels… Without Knowing How Angelic They Are, by Alex Starling

We currently do not have an epidemic in this country, and mortality is now way below normal average levels. We also have in place the processes and procedures needed to watch out for the next one. Perhaps now is the time to pause, reflect, gather more data and decide – carefully, in detailed consultation with the rest of our fellow inhabitants of these Islands – what the UK’s next move should be.

“Let us roll back whatever restrictions remain, and put aside some of the crazy plans for blood passports and test certificates.  There are very good reasons why we have avoided these things in the past.” 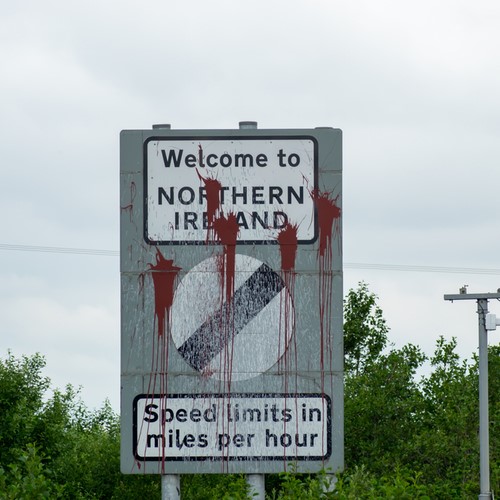 We need to talk about Ireland, by Catherine McBride

Catherine McBride warns that the UK must not be tempted into signing a veterinary agreement with the EU in order to avoid border food checks into Northern Ireland.

“The EU is just not that important on the world stage, and is becoming less relevant by the day as developing nations move forward while it remains stuck in its regulatory quagmire.” 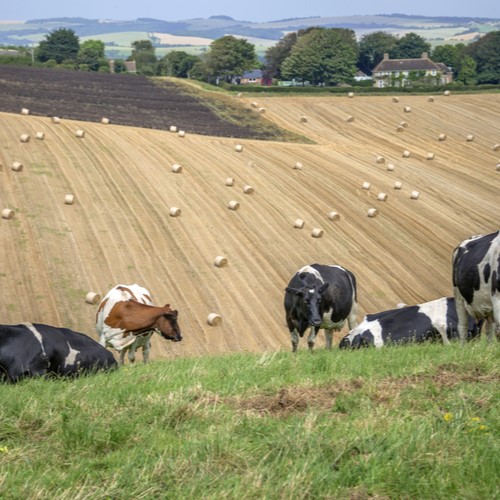 The UK faces renewed pressure in talks this week to agree Sanitary and Phytosanitary (SPS) alignment with the EU, with EU and pro-EU proponents claiming that this will enable the removal of border checks for trade between Ulster and the rest of the UK.  Yet as proponents of these arrangements doubtless know, this would not only fail to satisfy the demand for autonomy which was the essence of the Brexit vote, but would cripple Britain’s ability to do meaningful trade deals with other countries.

As Catherine McBride argues for the website, under SPS alignment Britain would have no influence on the regulation of its agricultural industry, and the EU’s protectionist standards would give no room for negotiating expanded trade deals with third countries.  And as we’ve highlighted many times before, EU ‘high standards’ in animal welfare and food safety are largely a PR myth, disguised to cover the system’s inherent protectionism.

Alternatively, Australian or New Zealand-style arrangements have been proposed for the food industry.  As has been pointed out, however, this would still require customs certificates on products going to NI.  And while the EU believes it can get SPS alignment from the UK – and thus secure Britain’s lucrative food market for its producers – it has a lowered incentive to compromise on Northern Ireland because it can try and use the threat of violence there to force the UK into alignment.

The only check on this strategy will be for the UK to put SPS alignment definitely beyond the reach of EU negotiating ambitions.  Aside from public statements of intent, signing trade deals with other countries that recognise their food standards will make SPS alignment effectively redundant.  Closing that avenue removes the EU’s perverse incentive to hinder a workable solution within the Protocol – and should stiffen the determination of the UK government to derogate unilaterally if it doesn’t. 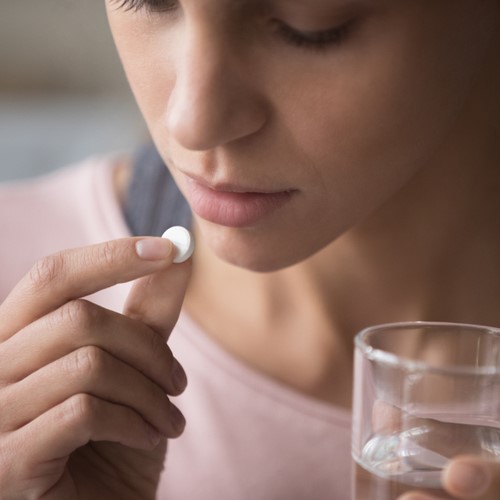 A Bitter Pill for Medicine Imports

Though it’s less reported than disputes over food standards, it’s worth noting the looming conflict over medicine supplies to Northern Ireland.  While one would have thought that EU bureaucrats would have learned that restricting medical supplies is not likely to win them friends in the UK or elsewhere, the EU has nonetheless refused to lift the 2023 deadline for the imposition of full restrictions on medical imports.  And like with food imports, the EU’s single market is (in reality) at little risk from movement of medicines.

Forcing the issue here may, if anything, be an even greater PR mistake than insisting on food import checks.  98% of Ulster’s medical supplies and equipment come from the rest of the UK, and is covered by the same, widely popular NHS regime.  Inflexibility here will only confirm suspicions that the bloc is indifferent to the needs of the province.  The EU’s peremptory triggering of Article 16 in March was, after all, related to the export of medicines.  Intransigence here will only weaken the EU’s standing, and make it politically impossible for the UK government to implement the Protocol fully even if it wanted to.

Twitter
(@Briefings­_Brit)
We are also on Twitter, posting articles and retweeting the daily events that bring Brexit to the fore in the national news.