This week saw the publication of the EU’s proposed easements to the Northern Irish Protocol.

This week saw the publication of the EU’s proposed easements to the Northern Irish Protocol.  As we’ve detailed in various blog posts this week, the concessions are pretty thin gruel.  Even Remainers seem to be struggling to find much evidence of serious generosity or sensitivity to the province’s difficulties in the Commission’s proposals, which comes as little surprise.

The next weeks and months will see if David Frost and Boris Johnson can hold their nerve, and press for a result which truly recognises the place of Northern Ireland in the UK and the vital importance of British trade for Ulster. 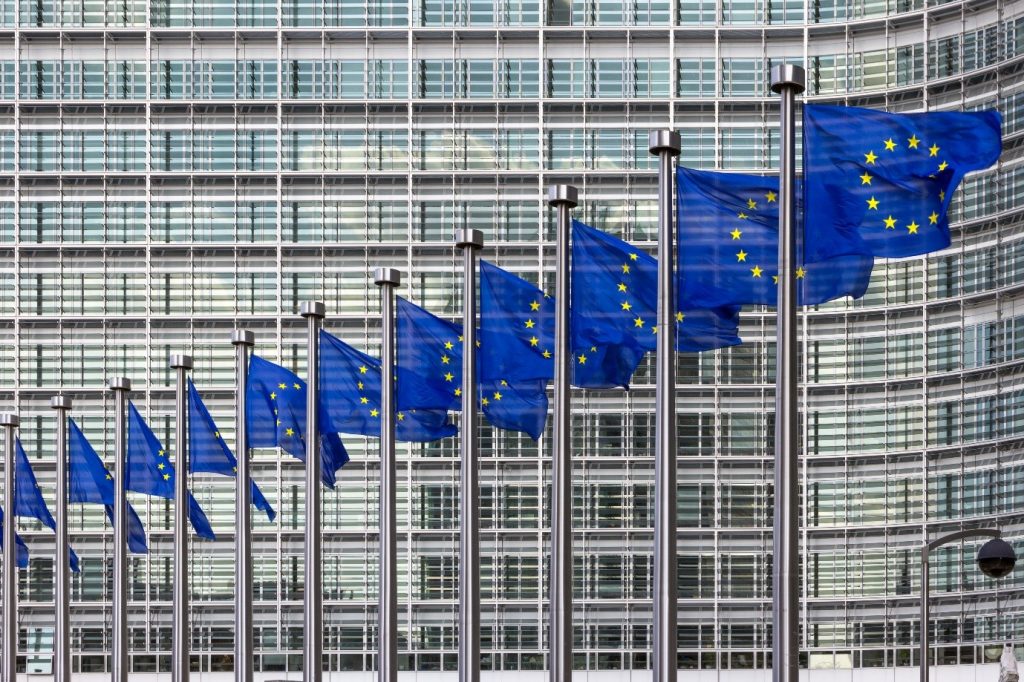 Of course, Northern Ireland isn’t the only place where Europe’s legal order is under threat.  As detailed in Politico this week, many French politicians are calling for France to reassert the primacy of French law over the ECJ.  Among them, ironically, is former Brexit negotiator Michel Barnier.  Briefings marvels at such a Road to Damascus conversion – but perhaps, having seen the grubbiness of the EU’s politics first hand, Mr Barnier is only too qualified to propose that France assert itself against them.

In other legal news, Ulster’s Court of Appeal has delayed its hearing of the Northern Irish legal challenge to the Northern Irish Protocol.  Jim Allister, Catherine Hoey and others are arguing that the Protocol contradicts both the Act of Union and the Northern Ireland Act of 1998.  We’ll keep you updated on the progress of this case, which is an appeal from an earlier judgment which found against this Unionist challenge.

Moving away from law, we note that the Road Hauliers’ Association has been effectively frozen out of Whitehall.  The group is thought to have deliberately leaked confidential information in order to precipitate a fuel panic – and has been accused by a leading former member company of being taken over by extreme Remainers. 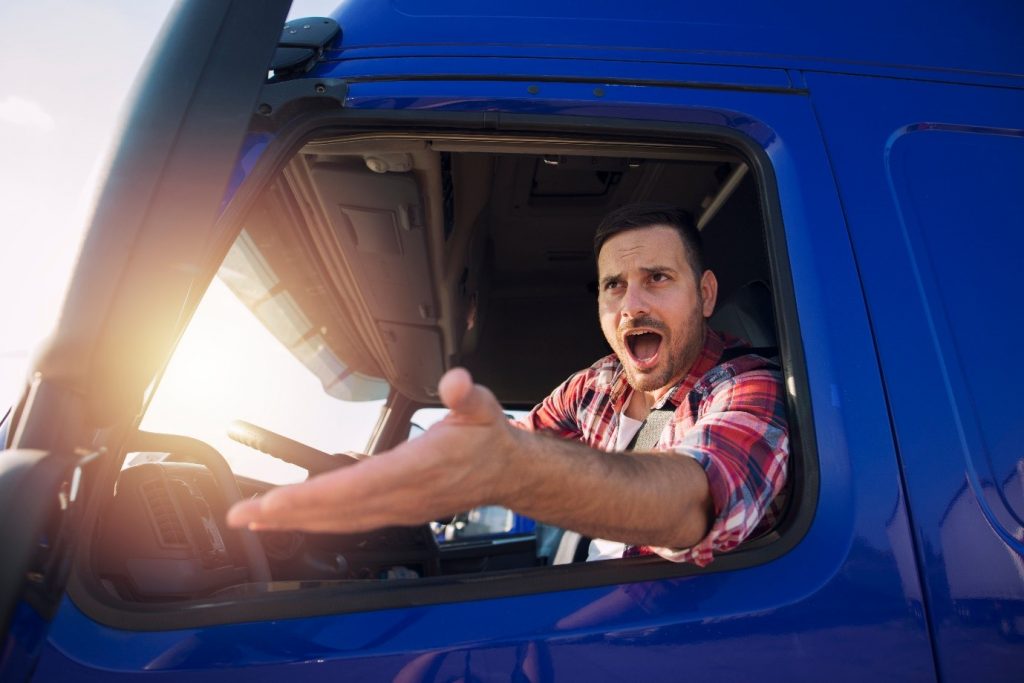 This context explains why the RHA has been so vociferously anti-Brexit, and against trying to improve conditions for British drivers.  It is a salutary reminder that, however much commercial institutions ought in theory to stick to representing their constituents, in practice they can often end up hijacked by special interest groups with an axe to grind.  At the same time, however, the crisis may well end up burnishing Boris’s credentials in Red Wall seats, as Patrick O’Flynn writes in the Spectator.

Robert Tombs gave an interview to L’Opinion (translated and republished below), where he outlines to a French audience how the current French administration is essentially stoking Anglophobia.  Robert also wrote in the Telegraph this week on the Anglo-Saxon roots of our modern ideas of freedom.

Graham Gudgin took part in Aljazeera’s Inside Story programme on the NI Protocol. He was (as usual) outnumbered 2:1 by Remainers – but otherwise, the programme was fair.

The Gloom Is Overdone: The UK Is Set to Be a Global Winner, by Robert Lee

The UK has recently seen tax increases, price rises and supply bottlenecks that will slow recovery, though current gloom is overdone. The bigger picture is that these problems are early symptoms of a global wave of “creative destruction” created by the aftermath of the pandemic, climate change and rapid technological change. The successful economies will be those that ride this wave, that quickly adapt to rather than resist it. Uniquely aided by Brexit freedoms the UK’s highly adaptable economy is set to be a global winner.

‘Future historians might conclude that the UK left the EU – foresight or serendipity? – with perfect timing. To prosper in a period of exceptionally rapid change the UK needed to untie itself from a sclerotic anti-innovation bureaucracy, instinctively protectionist and prone to over-regulation.’

The EU’s new proposals on the Northern Ireland Protocol – massively overhyped and very underwhelming, by Harry Western and Caroline Bell

Some hard negotiating and real movement from the Commission is required if the EU’s proposals to amend the Protocol are to improve issues on the ground in Northern Ireland. Here we examine the core offer and assess the likelihood of a mutually acceptable implementation of the Protocol being agreed.

‘Close examination shows that the reality of these proposals does not live up to the hype, and there is a nasty sting in the tail on governance which would actually extend the EU’s tentacles into matters of UK sovereignty.’

The UK’s fraught relationship with France, by Robert Tombs

In his Interview with Gilles Senges of L’Opinion magazine, Robert Tombs described the French reaction to the UK over Brexit as aggressive with many spokesmen using a tone which is often insulting, threatening and provocative.

‘I very much regret it as a Francophile, but we see France as the leader of Anglophobia in Europe. All this is just an excuse to put pressure on Britain.’

Levelling Up in Brexit Britain, by Paul Ormerod

Prominent pro-Brexit economist Professor Paul Ormerod, Chairman of Rochdale Development Agency (and President of Rochdale Hornets Rugby League Football Club), writes in favour of the levelling up agenda. He argues that levelling up needs to take as much account of sharp local differences in economic wellbeing as of regional disparities.

‘This, after all, is the fundamental message of Brexit.  Decisions should not be taken by a remote bureaucracy, but by those rooted with a sense of place and history.

Remainers once again accuse the UK of bad faith over Northern Ireland when the EU’s conduct is most to blame.

Some commentators this week described the proposals by the European Commission on the Northern Irish Protocol as significant concessions to British negotiating demands.  The measures, which the Commission describes as ‘bespoke arrangements to respond to the difficulties that people in Northern Ireland have been experiencing because of Brexit’, involve the reduction of customs checks on some of the most egregious items of food.

Yet as Harry Western and Caroline Bell argue in a blog post this week, the EU’s proposals for amending the Northern Irish Protocol actually amount to relatively little. Indeed, in some areas they even expand Brussels’ influence in the province.  Crucially, the unpopular jurisdiction of the European Court of Justice remains.  What makes the whole affair more ridiculous is that, on some of these issues, the EU had insisted in 2018 and 2019 that the proposals it is now making for mitigation were impossible.

Despite the EU’s own acknowledgements of the difficulties its rigid approach to the Protocol has created, many commentators have accused the UK of bad faith in its approach to the Northern Irish Protocol.  The narrative is fed by a consistent willingness in certain parts of the UK press to privilege statements from EU leaders – particularly France’s Clement Beaune, Macron’s Europe minister.

Yet as Robert Tombs outlined in a recent interview for French newspaper L’ Opinion, it is France’s leaders that have adopted the most aggressive rhetoric towards their supposed ally.  This, not an honest desire to ease Ulster’s problems, represents a true breach of trust.

Moreover, bad faith is found more systematically in the EU’s approach to the Protocol.  Article 16 exists to allow parties to prevent ‘serious economic, societal or environmental difficulties that are liable to persist, or… diversion of trade’- as the EU did last last March over vaccine supplies.  To carry out checks in such volumes that force trade diversion from the UK to the Republic violates one of the stated intentions of the treaty – which is to have ‘regard to the importance of maintaining the integral place of Northern Ireland in the United Kingdom’s internal market’ (p. 2).

Indeed, in a forthcoming piece for Briefings, Harry Western analyses a recent article by Irish journalist Tony Connelly, which suggests that Connelly’s EU sources are pretty open about using Northern Ireland in order to try and keep the UK aligned to the EU’s rules.

Of course, Remain supporters could argue that the provisions of the Protocol are what matters – not the introductory fluff about intentions – and that the EU is technically within its rights to insist on such checks.

Yet this concedes important territory.  Firstly, it then makes it hard to argue that the British government may not use Article 16 – it does, after all, have that legal right.

Secondly, it admits that the EU is not the benevolent, conscientious body that Remainers like to pretend, but (at best) a pragmatic group of countries, solely interested in their own benefit, with no inherent stake or concern for Northern Ireland and its people.

In turn, this begs a damning question.  Should the people of Northern Ireland be yoked to the jurisdiction of such a group’s court, and forced to follow that group’s economic policies, made without reference to their benefit?