The resignation of Lord Frost comes as a serious blow to Boris Johnson’s government and to UK politics.  Frost has been both brains and brawn in the UK’s negotiations with the EU.

The resignation of Lord Frost comes as a serious blow to Boris Johnson’s government and to UK politics.  Frost has been both brains and brawn in the UK’s negotiations with the EU.  Chosen to head Boris Johnson’s team which renegotiated the Withdrawal Agreement in 2019, Frost secured the UK’s Trade and Co-operation Agreement with the EU in December 2020 and was instrumental in driving the renegotiation of the Northern Ireland Protocol.  He will be sorely missed. 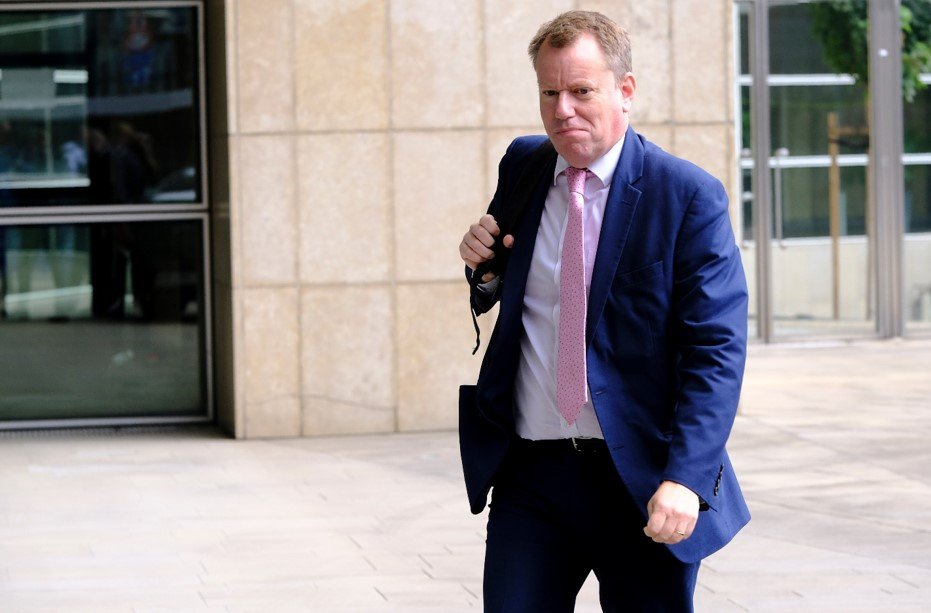 Is Article 16 on ice for the time being?

In his resignation letter, Frost mentioned some of the issues which have been agitating the wider public as reasons for his departure.  Rising taxes, the slow pace of regulatory divergence, and the imposition of further Covid controls feature prominently.  These criticisms are shared by many backbench MPs and party members, and likely lie at the root of this week’s Conservative loss in the inveterately Tory seat of North Shropshire.

Notably absent are criticisms of the government’s restraint on Article 16, although the tone from Frost has differed from others in government on that issue.  If that is the true cause of the breach then supporters of Britain’s autonomy should be very worried.

As we’ve noted before, the protocol is seriously hurting Ulster’s economy.  It is causing social unrest.  The EU is unwilling to give concessions in Northern Ireland unless the UK aligns with its regulations.  All in all, these factors amply justify triggering Article 16.  Without that threat Brussels has little reason to take UK negotiators seriously.

This will be our last newsletter before Christmas, however, so we’ll endeavour to end on a lighter note.  The UK’s trade deal with Australia was finally signed this week.  The deal will have significant benefits for British businesses by removing tariffs, opening up bidding for public sector contracts, recognising professional qualifications and making travel much easier.  The deal will be a little less good for consumers as Australian agricultural produce will face quotas and phase-in periods.  But it represents a significant achievement for British and Australian negotiators and a significant advance on the pre-Brexit position. 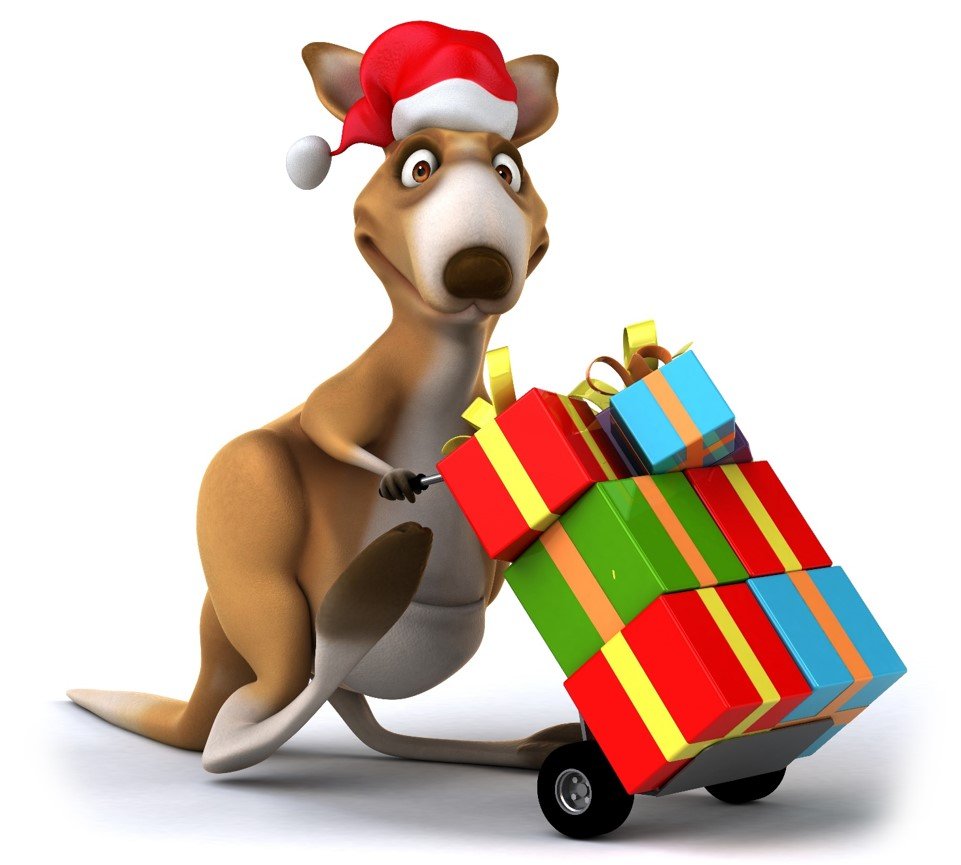 For now, Merry Christmas from all of us at Briefings for Britain – we’ll be back with plenty of news and analysis in the New Year!

Graham Gudgin recently wrote a piece for News Letter, in which he discussed an analysis of Northern Ireland’s social housing situation in the 1970s.  It is commonly allegedly that Protestant authorities in Northern Ireland discriminated against Catholic families, and these grievances fuelled local and international opposition to Unionism.  In fact, as Graham makes clear, Catholics were consistently over-represented demographically in social housing lists – a fact Nationalist politicians are understandably unwilling to confront.

In addition, readers can look forward to forthcoming a piece by Graham for Spiked on the EU’s annus horribilis.  Robert Tombs will also be publishing pieces on culture wars on Spiked and Unheard over the Christmas break.

In Defence of Boris Johnson, by Robert Lee

The PM is in serious trouble, much of it self-inflicted by ill-discipline and weak staff support at No 10. Left unaddressed these issues will eventually doom his premiership. For now, Tory MPs should reflect on the courage and vision shown in his policy agenda, on Brexit, free trade, the strategic pivot to Asia, social care and levelling up, tax rises to maintain fiscal credibility, net zero, and the vaccination programme and Freedom Day. With global tensions also escalating – Israel/Iran, Russia/Ukraine, China/Taiwan – it would be an act of political madness to now defenestrate the PM.

‘Heaven knows the man has his faults, but in two and a half turbulent years he has major achievements to his name and has shown courage and vision. It is too early to call time on the Johnson roller coaster.’

Security Lapse: A further example of one rule for us and another for them?, by Briefings for Britain

BfB has been keenly following the career of Angus Lapsley through a series of articles over a long period. Mr Lapsley has thus far managed to evade any serious punishment for removing secret documents from the MoD and then losing them.

‘There have been no announcements concerning disciplinary action of any kind against Lapsley.  He appears to continue to hold a senior position within the FCDO.  In a marked contrast to the determination on the part of the media to expose lockdown civil service Christmas quizzes, we have seen a far gentler approach to Lapsley.’

Readers may remember an autumn characterised by scare stories about shortages of lorry drivers, connected panics over petrol shortages, and shortages of butchers to slaughter pigs.  Separate news on both issues, however, indicates that these fears were greatly exaggerated, as we argued at the time.

Regarding lorry drivers, the DVLA granted 40,169 Heavy Goods Vehicle licences in October.  In all, the total number issued from January to October comes slightly short of the 230,000 issued in 2019 over the same period.  The organisation had struggled with backlogs created by industrial action and staff sickness during Covid, and this rather than Brexit was caused fears of shortages.

The government only issued 5,000 emergency visas for EU workers, when industry leaders estimated that 100,000 drivers would be needed, is also significant.  The Road Hauliers’ Association had blamed Brexit for labour shortfalls – rather than the poor working conditions and low wages which have prevailed in the industry for the last decade.

These, readers may recall, resulted directly from the pressure on workers’ wages and conditions – which was created by Single Market integration.  Correspondingly, hauliers’ pay has increased.  This is an essential element in ensuring the long-term health of the supply chain. With that said, the government’s relaxation of cabotage rules for EU drivers clearly has made a difference in reducing temporary supply difficulties, though this does not represent a long-term fix.

The news is similar on the pig slaughtering front.  Again, it was widely reported that the removal of cheap European labour would put intolerable pressure on the sector, leading to mass culls of animals which couldn’t be properly killed in abattoirs.

The reality, however, is that number of pigs slaughtered in November 2021 increased significantly compared to last November.  The data for 2021 show a more general increase on 2020 (albeit at a lower level).  There remains evidence for pressure on the sector, and the data notably vary by region, with England enjoying the most sustained recovery.  Nonetheless, fears of mass culls remain thankfully unfulfilled.

The European Commission’s concessions on Northern Ireland’s access to medicines are not as generous as they first appear.

On medicine supplies to Northern Ireland, however, the news is less good.  Several papers reported that the European Commission has proposed new easements for the movement of medicines from the UK to NI.  According to the FT, ‘government officials privately acknowledged’ that the Commission’s proposals ‘will ensure that Northern Ireland has the same access to medicines as the rest of the UK.’

The optimism here is misplaced.  The devil is in the detail – and the Commission’s proposals rely on medicines supplied by the rest of the UK to Northern Ireland maintaining continued alignment to the EU’s medicines regime, for fear that cross-border smuggling might contaminate the Single Market.

This is a positive step, in the sense that it acknowledges that the EU will no longer try and force the rest of UK to observe EU standards.  As such, it represents a distinct compromise compared to its attitude towards agricultural products, where a condition of further easements on UK goods moving to NI is SPS alignment by the whole of the UK.  This would neuter any independent trading policy – though it is noteworthy that the new Australia Deal sees Britain moving away from restrictive EU standards and embracing a position closer to that of the Trans-Pacific Trade Partnership.

More practically, the Commission’s proposals are belated.  The UK has already brought in regulations unilaterally to ease the movement of prescription medicines from the mainland to Northern Ireland.

We note finally a misleading headline about the potential loss of £500m-worth of taxpayer money if Article 16 is triggered.  This money represents sums the government has contracted to spend on implementing customs controls.  It is (essentially) a sunk cost whether or not Article 16 is triggered.  To frame it as a cost of triggering the Article is therefore misleading.  The continuing damage to NI’s economy as a result of the Protocol, however, is very real.